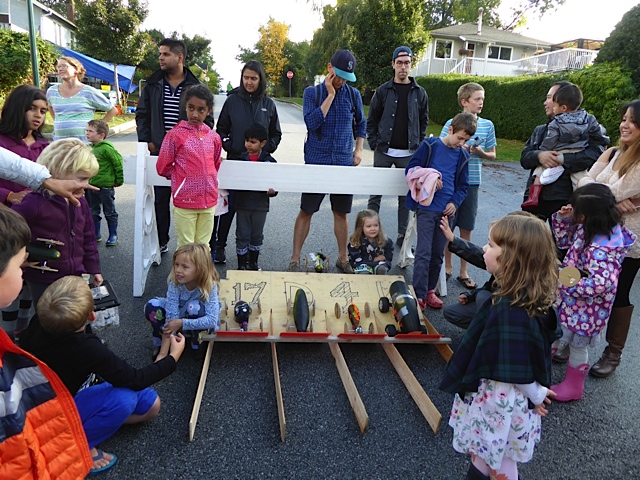 The 2nd annual Prince Albert Fall Fair was a great success! Despite rain falling so heavy it bounced up from the ground the morning of the event, the clouds parted and neighbours gathered to help put up tarps across the street. We saw more entries this year in the County Fair contest, including animal-shaped bread loafs, beautiful preserves, floral displays, and an assortment of home-grown produce.

Neighbours talked and ate, enjoying potluck items as well as donated Ernest Ice Cream. Throughout the event, talented musicians from the neighbourhood entertained us. One highlight was pop songs sung as opera!

The event that everyone was waiting for was once again the zuchinni races. Kids decorated their racers with stickers, and volunteers added axles and wheels. At the starting gate, our MC interviewed racers to find out the car’s name, what inspired them, etc. Then, everyone shouted “clear the track” and over 100 people cheered from the sidelines as the cars raced down the hill out of the starting gate. Well, maybe not ‘raced’ – the winner might have made it 20 ft, not counting the illegal entry of a zuke mounted on an electric car 🙂

The incredible contributions from the community in terms of over $300 worth of prizes, plus the countless hours that the volunteer organizing team put in, were much appreciated.

While due to the rain, we had to cancel the planned “Bunny Agility” demonstration as well as the skateboarding workshop, we hope to have these at next year’s event, when the sun shines the whole time. 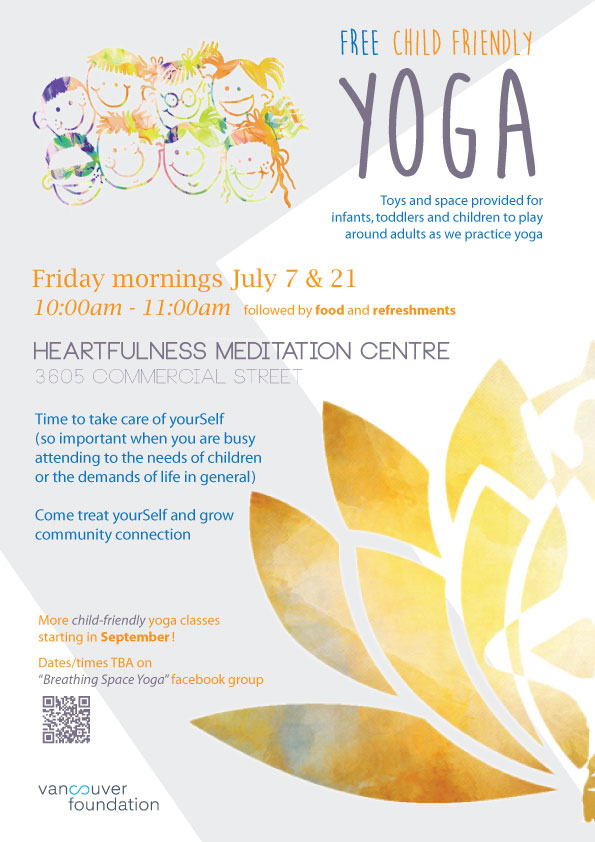 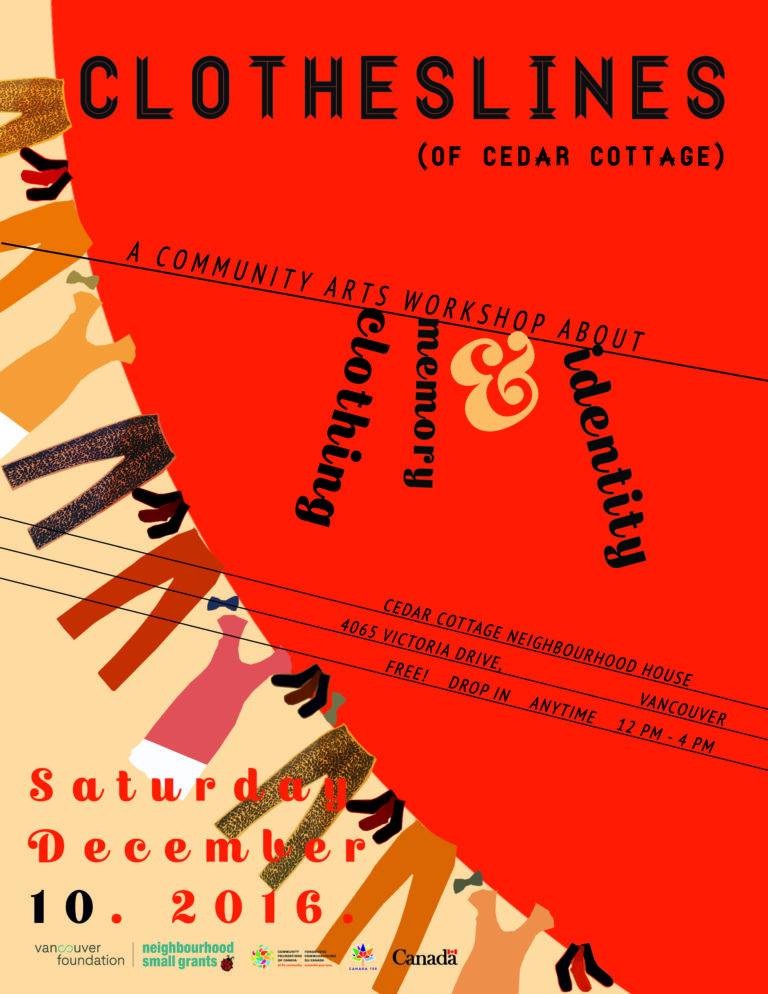