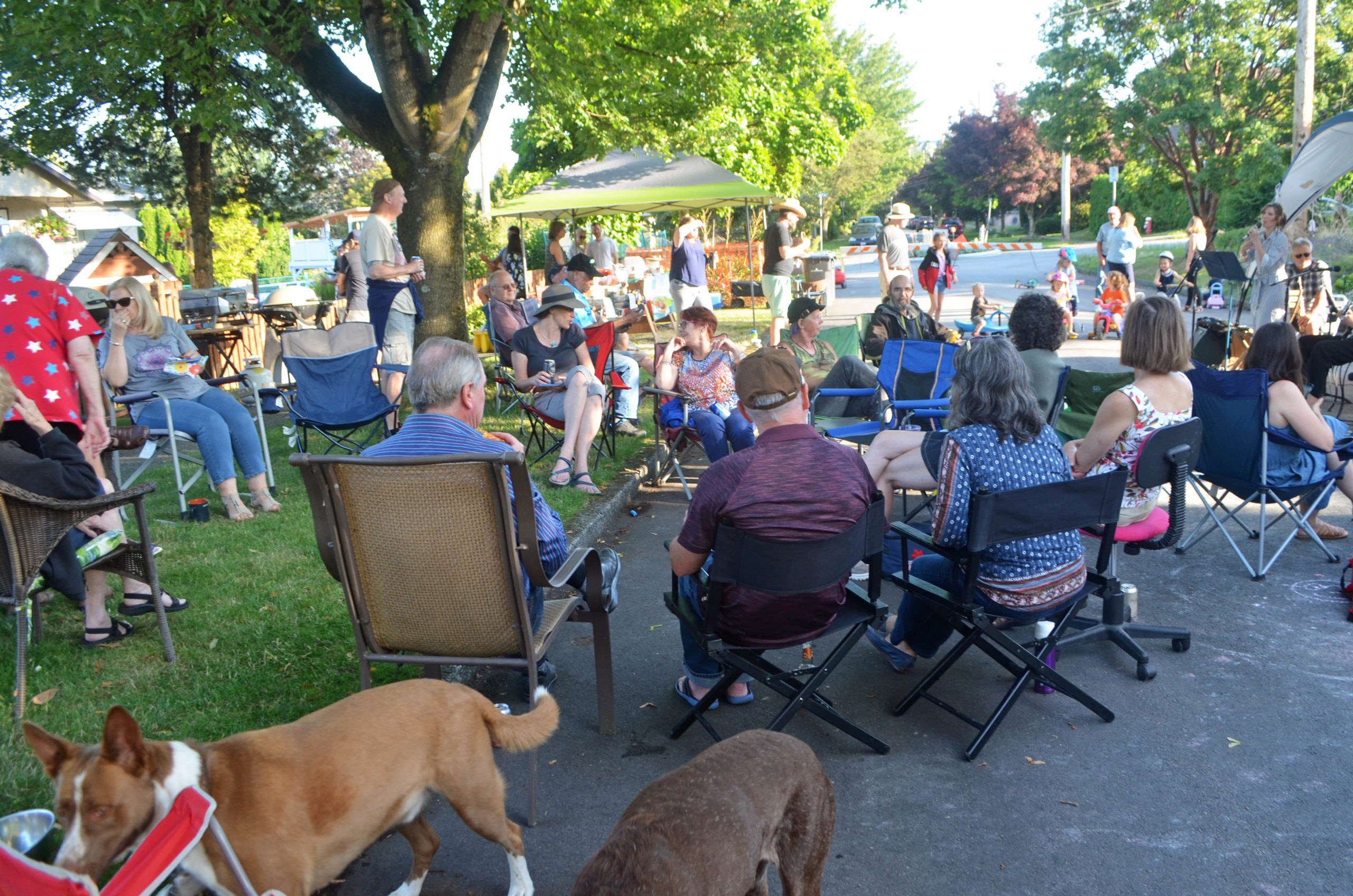 On July 27th we held our Garrett Street summer block party. The first one was held in 1994 and it has been an annual event ever since.
The party was organized by a local residential group called the Sapperton Association of Woodworkers or SAW. Invitations were sent out to residents on Garrett Street from Sherbrooke Street to Braid Street and well as the lower side of Fader Street and the upper side of Wilson Street – although really anyone and everyone was invited. Odd and even numbered home addresses were asked to bring desserts and salads respectively. Attendees were also encouraged to bring their own main food and refreshments. At about 4 PM Garrett was blocked off from Major Street to Braid Street. Tent canopies, tables, and barbeques were then set up. Two separate groups of musicians were brought in for entertainment.
A total of roughly 70 people attended the celebration. Old acquaintances were renewed and new residential arrivals introduced themselves to the neighbourhood. Families with young children played together on the street with activities like street chalk writing, bubble blowing, toy playing, dancing and more.
All-in-all a good time was had by all.