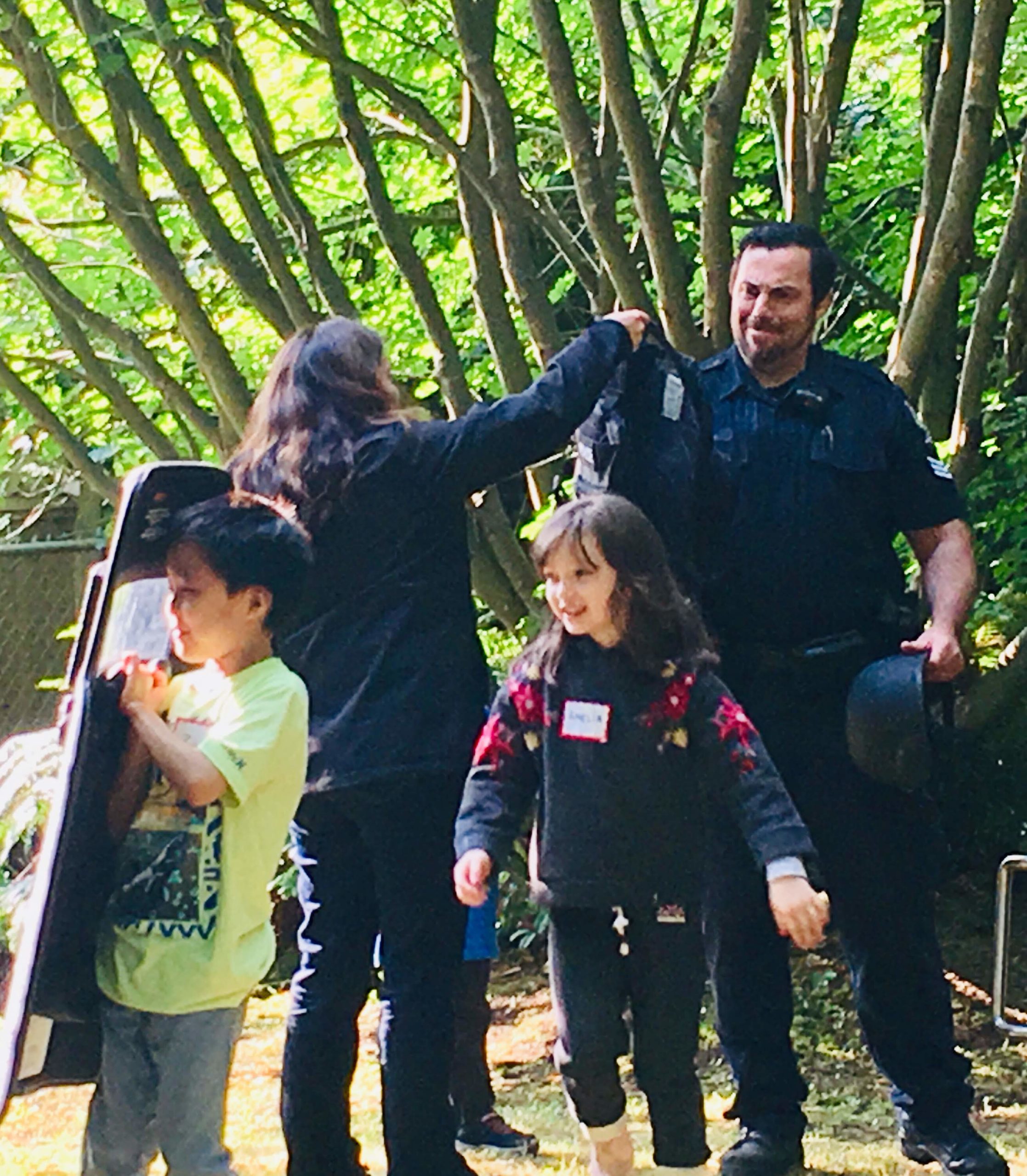 This year it expanded to include Inglewood west to Taylor Way, north to Newlands and Spuraway Gardens, south to Keith Road, Burley, Gordon Avenue, and city council members.

Planning last year was mainly 2 people. This year, the planning group grew to 6. Games were added such as bingo, pinatas, hula-hoops. We had prizes donated by local businesses. As usual, neighbours reconnected with neighbours and made some new connections.

Everyone enjoyed the food and had some fun with the games.

The community pitched in to make posters, blow up balloons, bring garbage bags, set up and clean up. To minimize garbage, everyone brought their own plates and utensils.

Between the block parties, we keep in contact for Cedardale specific issues. Animal sightings such as bears, coyotes, otters, chickens, raccoons, skunks, deers and salmon.

We had an especially heartwarming experience when a small dog that had no ID was injured by a coyote and found by a neighbour.
An email was sent and identified and was returned to the owner. Security issues, attempted break-ins, suspicious activities. Advising each other if we are going to be away.