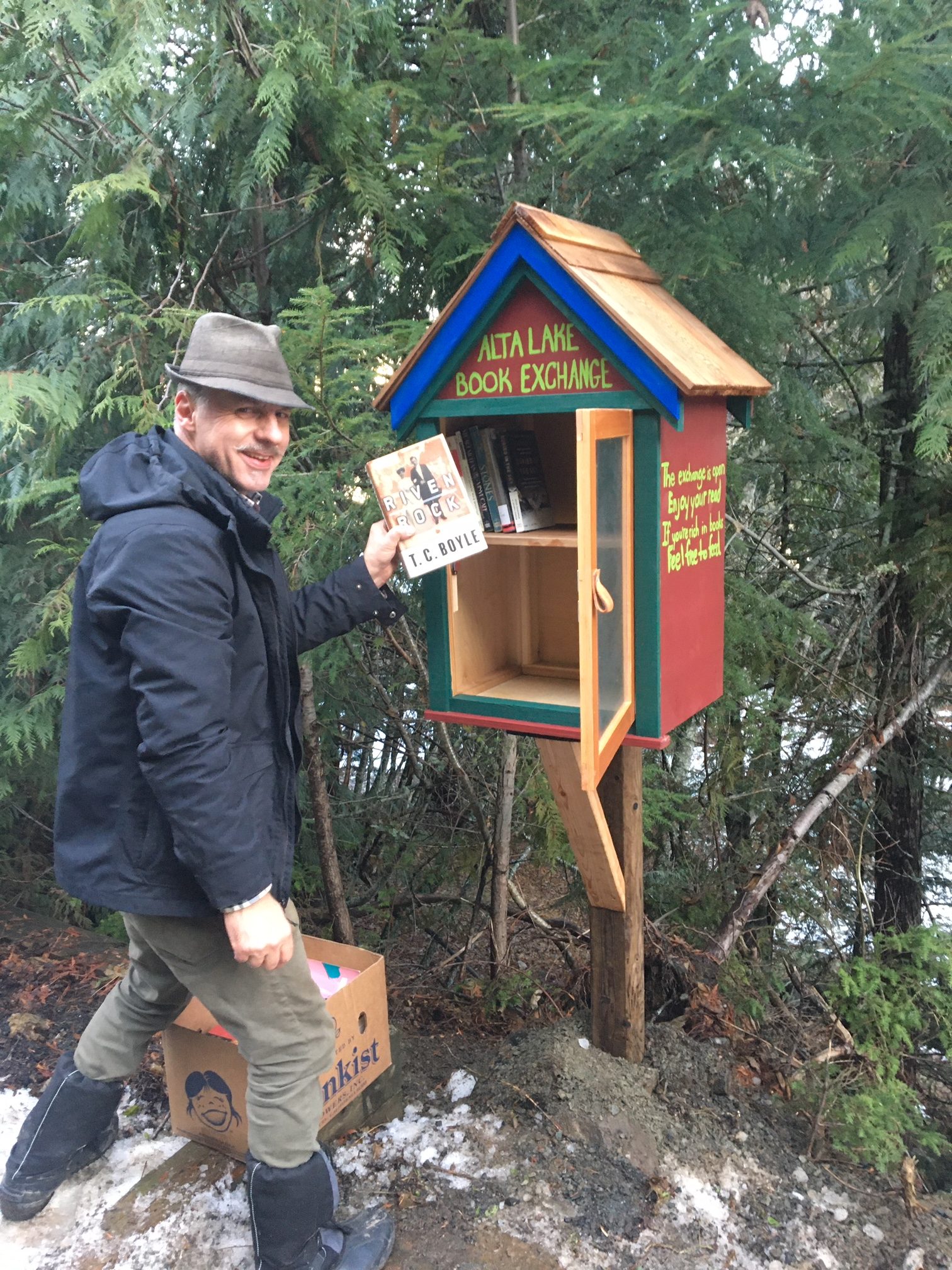 I’ve always loved finding book exchanges in other communities and decided this summer it was time to put one up in my own neighbourhood on Alta Lake Road in Whistler. I saw the application for Neighbourhood Small Grants in the local paper one night––a deadline the next day––and got to work on an application. Voila, it was a go!

While Alta Lake Road is the oldest neighbourhood in Whistler (originating when the town was still called Alta Lake), it has few amenities or gathering places other than The Point Artist-Run Centre, the Whistler Sailing Association, and a great coffee roaster, Whistler Roasting Company. A book exchange seemed like a nice focal point around which people could gather.

I did a rudimentary sketch of the book exchange and asked my friend Robin Ferrier, musician, set designer and carpenter, if he would be interested in building it. Robin does set design for theatre productions at The Point Artist-Run Centre and plays a mean harmonica. He was on board right away and the two of us began gathering donated and upcycled materials for construction. Robin got to work in his woodshop and turned out a beautifully crafted miniature library.

I then asked Rose LaRiviere, summer Events Assistant at the Point, if she would be willing to paint the book exchange. The paints were donated by the art centre and Rose did a beautiful job, including lettering of the name on the front and the short poem on the sidewall.

The snow began to fly in October allowing me to determine which was the best location for the book exchange. There were a few good possibilities, but we went with the one beside the mailboxes and back far enough that it was off of the road right-of-way. Because the area in front of the mailboxes is plowed with snow in winter, the book exchange will be accessible year-round.
On Saturday, November 28 my son Jonathan helped me install the Alta Lake Book Exchange. Later that day, I ran into an old friend admiring the newly installed structure. I hadn’t seen Jim in over thirty years but had heard he’d recently bought a house just down the road. The book exchange was already fulfilling its role as a neighbourhood meeting place!
{Post Image:11}