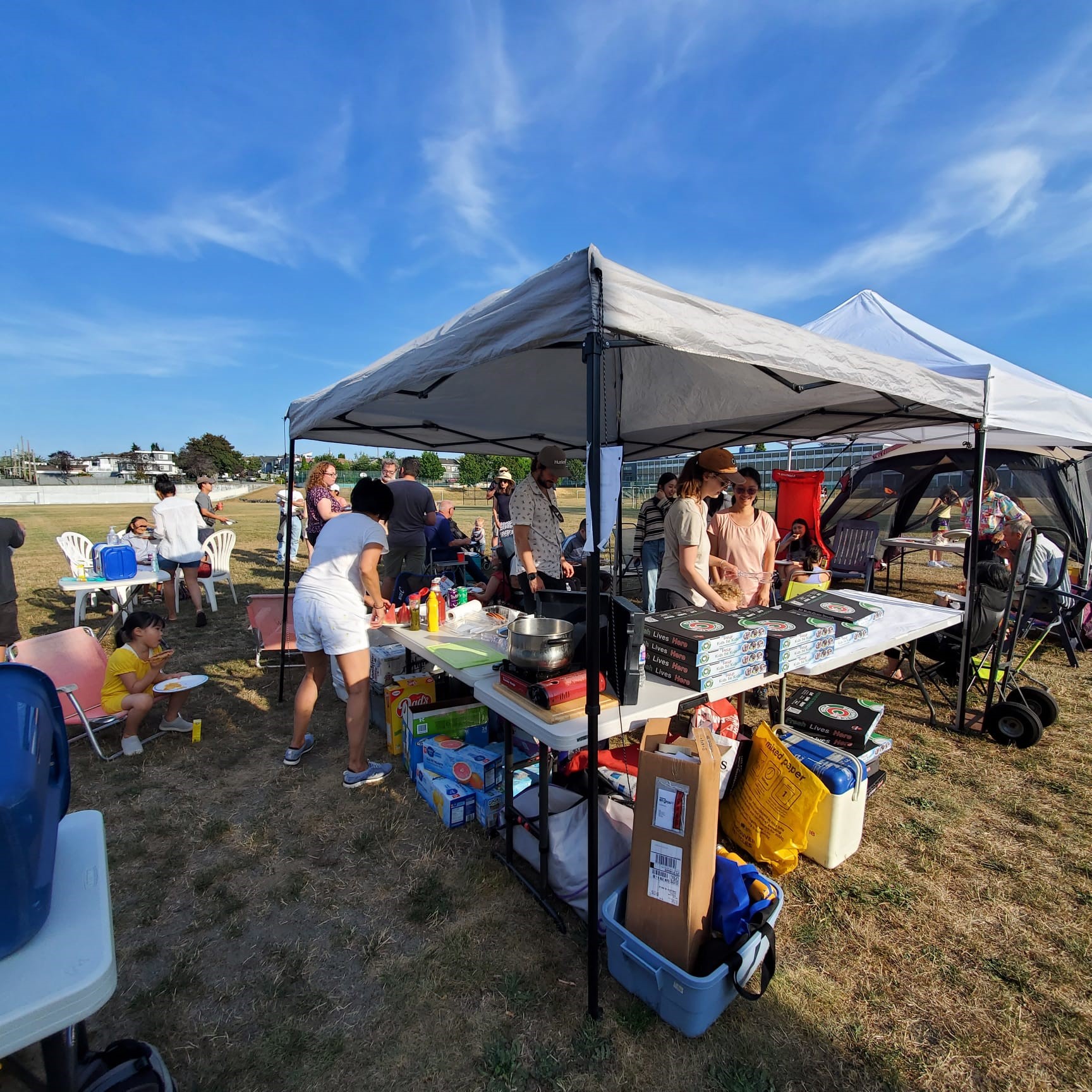 My block was not interested in blocking off the street to host a party.

Challenge #2: Getting the word out.

Response: Door to door. Finding the time to do it was hard- Saturday mid-mornings usually worked. I didn’t want to use social media. I wanted to be as grassroots as roots anchoring the grass.

Response: Having neighbours RSVP. Simple. The RSVP date needs to be just right. Not too early whereupon neighbours aren’t sure, not to late where I can’t scramble to adjust food.

Challenge #4: What food to serve?

Response: It was public land. A pot luck was not possible because the food needed to be centrally controlled for the sake of accountability. I obtained a food permit from VCH to serve pizza.

Challenge #5: Finding a cause.

Response: Asking for food donations to the Copley Orchard Pantry. It was beautiful to see people just come to socialize and drop food off for the pantry.

Overall, it went well. I continue to talk to neighbours who I met at the party. I have already started fundraising for next year’s party.