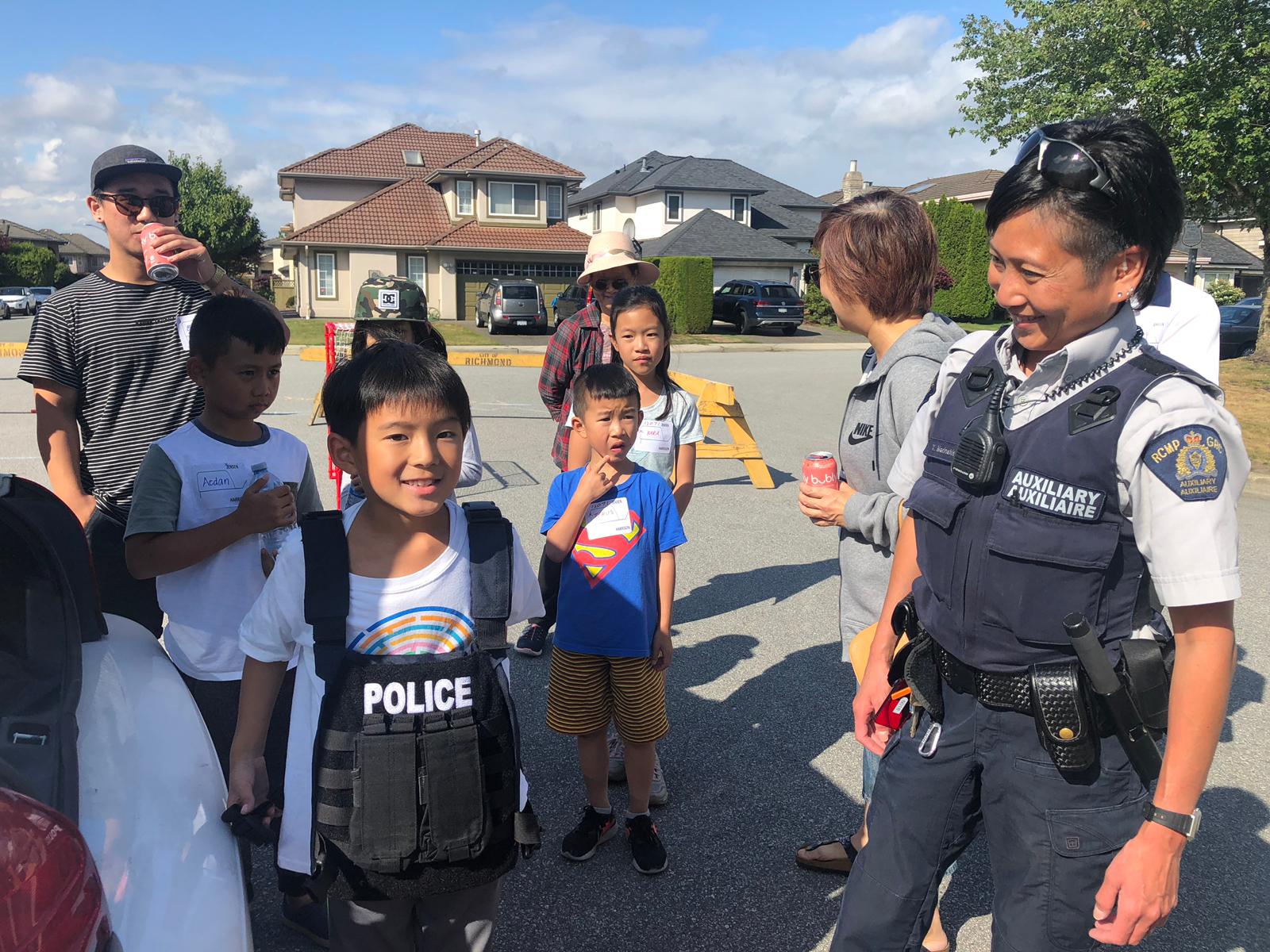 When we set out to organize a block party for the neighbourhood, our intention was to bring people together and break down barriers between neighbours, thereby improving home security for everyone. We also believe that when we know our neighbours better, and feel comfortable approaching each other, it builds on our sense of community and belonging. When we make new connections, we can better appreciate the things we have in common with our neighbours, and friendships blossom over time. When we belong to an inclusive, tight-knit community, we feel happier and safer – something we can all benefit from.
The neighbours were appreciative of the opportunity to get to know other neighbours at the block watch party. Many mentioned having lived here for the past twenty years, but never had the opportunity to get to know their neighbours. Many felt that attending the block party gave them permission to approach and introduce themselves to neighbours they have seen in passing over the years.
Here are some of the activities we enjoyed at our block party on August 24 2019:
– Invited the community police to speak about improving home security. They also drove the police car over, and invited everyone to get inside to explore.
– Pizza, snacks and beverages were provided
– Children wrote welcome messages on the ground with street chalk prior to the block party kicking off
– Street hockey was setup and many kids in the neighbourhood enjoyed some good matches. The City of Richmond kindly setup blockades to block off the cul-de-sac area so we can be protected from traffic (advance permit approval required)
As a result of the block party, we have setup a neighbourhood WhatsApp group as a way for neighbours to alert each other of security concerns. Some of the neighbours are also chatting with each other more on the streets and occassionally getting together for dinner parties etc. One of the neighbours have also kindly offered to plan another block party next summer. It was a wonderful success by all measures!