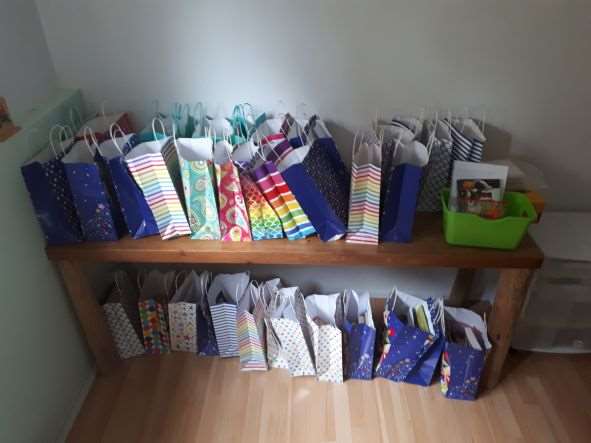 After the huge success of the Book Care Box 2020, that took place in December, I decided to apply again to the NSG for the Spring session. The project was once again funded and I worked to get all the boxes done by the beginning of Summer. I contacted Mike Davies from The Mirror and he agreed to publish an article to promote this project. I also contacted all the December recipients to tell them the I was running the project
again.

All the books were, as in December, purchased from the Museum at Campbell River, that still had a few boxes of books left since their Book Sale 2020. Erika Anderson from the Museum helped me to select which books would go with each application, since all the Book Care Boxes
were personalized according to the applicants’ preferences. This time, instead of adding treats to the boxes, I decided to add some supplies to allow the recipients to create their own bookmarks. I bought scrapbook paper, scissors, glue, ribbons, charms, beads and stickers for the youngers. I also created a couple of templates and I added copies to the boxes, just to give people an idea of what they could do.

By the end of the project, I had put together 45 boxes, 10 of which went to Kid Start families. In total, 60 people benefitted from the boxes.
I also had two people donating funds to the Museum to purchase the books: Don Meyer and Glen Clark.

Mme Ferron from Ècole Mer et Montagne participated as well, by having her students preparing encouraging and kind cards to add to the boxes.