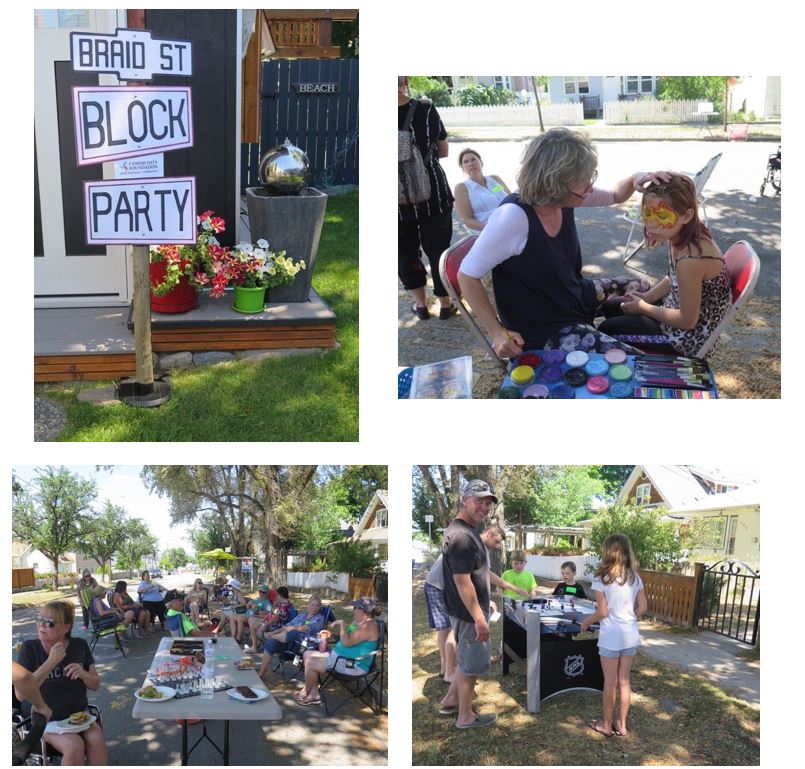 We invited all of the people who live on Braid St. to come to a party with the purpose of meeting neighbours, playing games, listening to music and enjoying a barbeque lunch. We blocked off the 500 block with barricades and hung balloons, had welcoming signs and games of all kinds set up on the street, had a face painting station, had a drumming group perform and had a playlist of music when they weren’t performing. It was a hot day so we had several tents sent up to accommodate the food stations and musicians.

Approximately 80 people of all ages attended with the eldest person having lived on the street for almost all of his 89 years and the youngest visitor being just a month old. Some people from adjacent streets dropped by too when they saw the party or heard the music.

Overall we considered the party a huge success and the feedback was overwhelmingly positive with many people expressing a wish to have an annual event. Many people had lived on the street for decades but had not met their neighbours before and it was so great to see so many children out running around on the street.

Thank you to the Community Foundation for providing the grant for the Neighbourhood Small Grant, it was a great motivator in getting us organized to do something we’d talked about doing for several years!