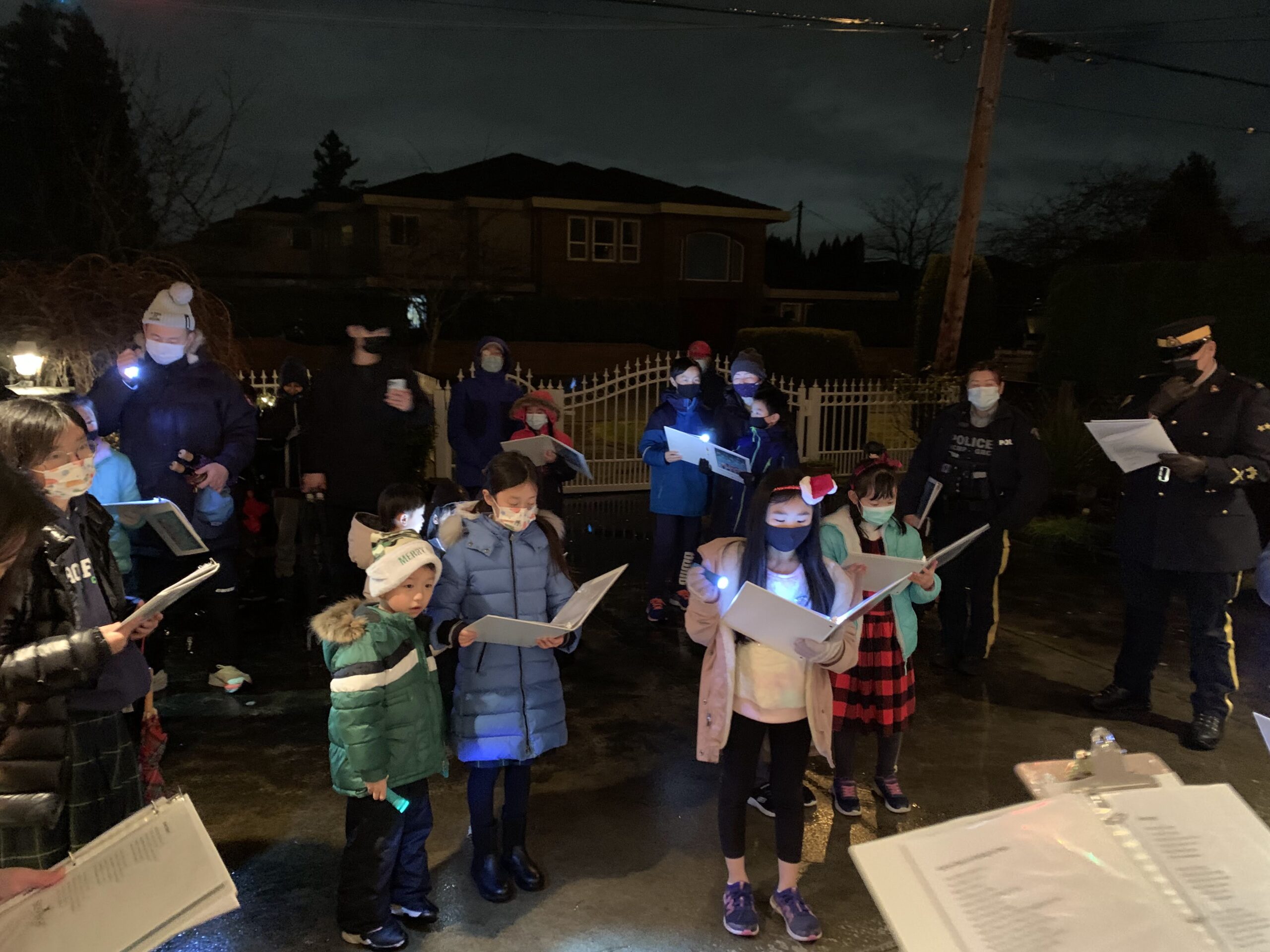 Bringing a Neighbourhood Together Through Christmas Carolling

Our neighbourhood used our Small Neighbourhood Grant towards a two-day Christmas carolling event in our local area. Because our Richmond neighbourhood had suffered from a string of break-and-enter incidents, we had organized the vast majority of houses to join the Block Watch program in August 2021. This Christmas event was widely seen as an opportunity to connect with fellow neighbours, get comfortable walking around in our own neighbourhood in the dark in very safe conditions, and spread some holiday cheer during a COVID pandemic year. This event was quite well-attended because it was the first time we had such an event and the children and even adults were excited to participate.

We used the grant money towards printing 30 Christmas songbooks and purchasing flashlights, sanitation supplies, and goodie bags for the children who attended the event. Given the large number of Block Watch members invited (over 150 single detached houses) and the fairly large geographic area, it made sense to have two separate carolling routes. Having the event over two different nights also allowed the children’s parents to choose an available night that would accommodate their busy personal schedules.

A minor challenge was properly organizing all the materials, logistics, and communications for the two-day event. Another challenge was streamlining the registration process and having everyone fill out the forms as per the Small Neighbourhood Grants requirements. Some of the kids were too eager to sing and were slightly impatient with the time needed to do the paperwork properly.

About 30 people attended the first night of carolling and about 40 people attended the second night. In particular, two invited staff members of the Richmond Block Watch office and two police officers came to participate and support our event. Many neighbours were surprised that a police constable and police corporal would use their personal time to sing Christmas carols alongside them in our own neighbourhood. The police corporal also personally spoke to many of the neighbours , even having funny conversations with some children. Elderly neighbours were particularly moved by the crowd of over 30 people singing personally to them at their own doorsteps.

The event was successful in that it helped the participating neighbours to feel much more connected with each other and that our neighbourhood is a fun and safe place.

Our Christmas Carolling event was reported in the Richmond News and in the first quarter edition (January 2022) of the Richmond Block Watch Newsletter.