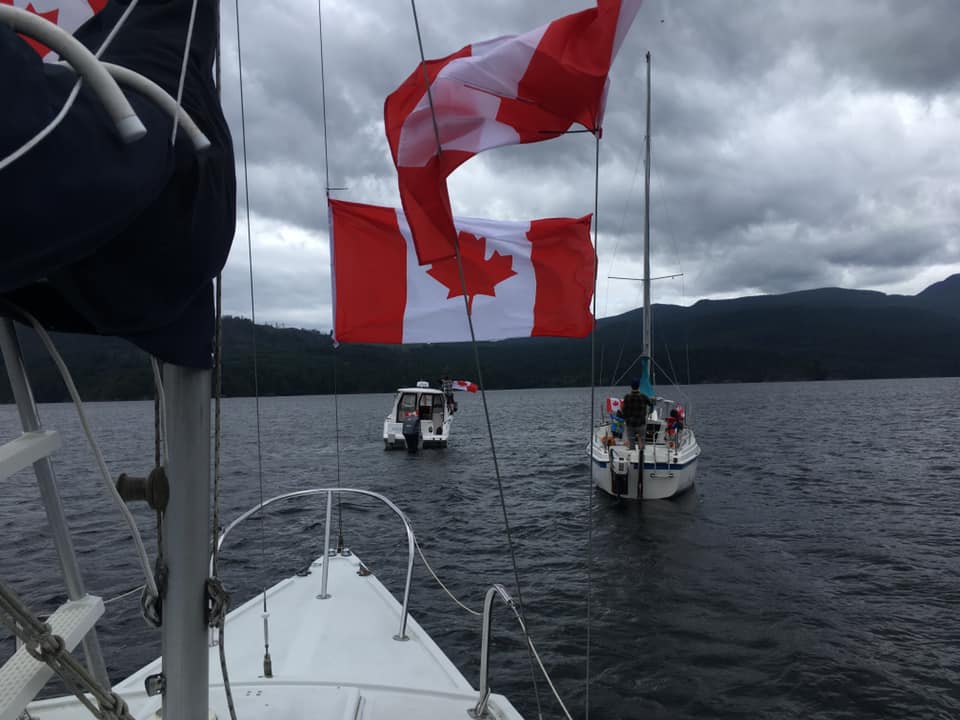 We had a wonderful turnout for our boat parade which touched a few communities along the Sechelt Inlet. There were a total of 17 boats who participated. We started out at a local marina and passed by the communities of East Porpoise Bay, Sandyhook, Tilicum Bay, and Tuwanek. I organized people by letting each community association know in advance so they could tell their local citizens. I posted posters on community poster boards and announced it on social media. I called as many people with boats as I could. I then had a total number of people participating with boats in the parade and decided to purchase the requisite number of flags for each boat to decorate them for Canada Day. My husband and I lead the parade and played music from our stereo aboard our boat. I had a friend who was able to safely distribute flags to people who came to view parade on the beach. I learned that it was well received and people really appreciated the fun and show to spite being in a pandemic. This will now become an annual event.
{Post Image:11}