We continue to offer Responsive Neighbourhood Small Grants to anyone who lives in BC throughout 2021.

Find out when applications open >> 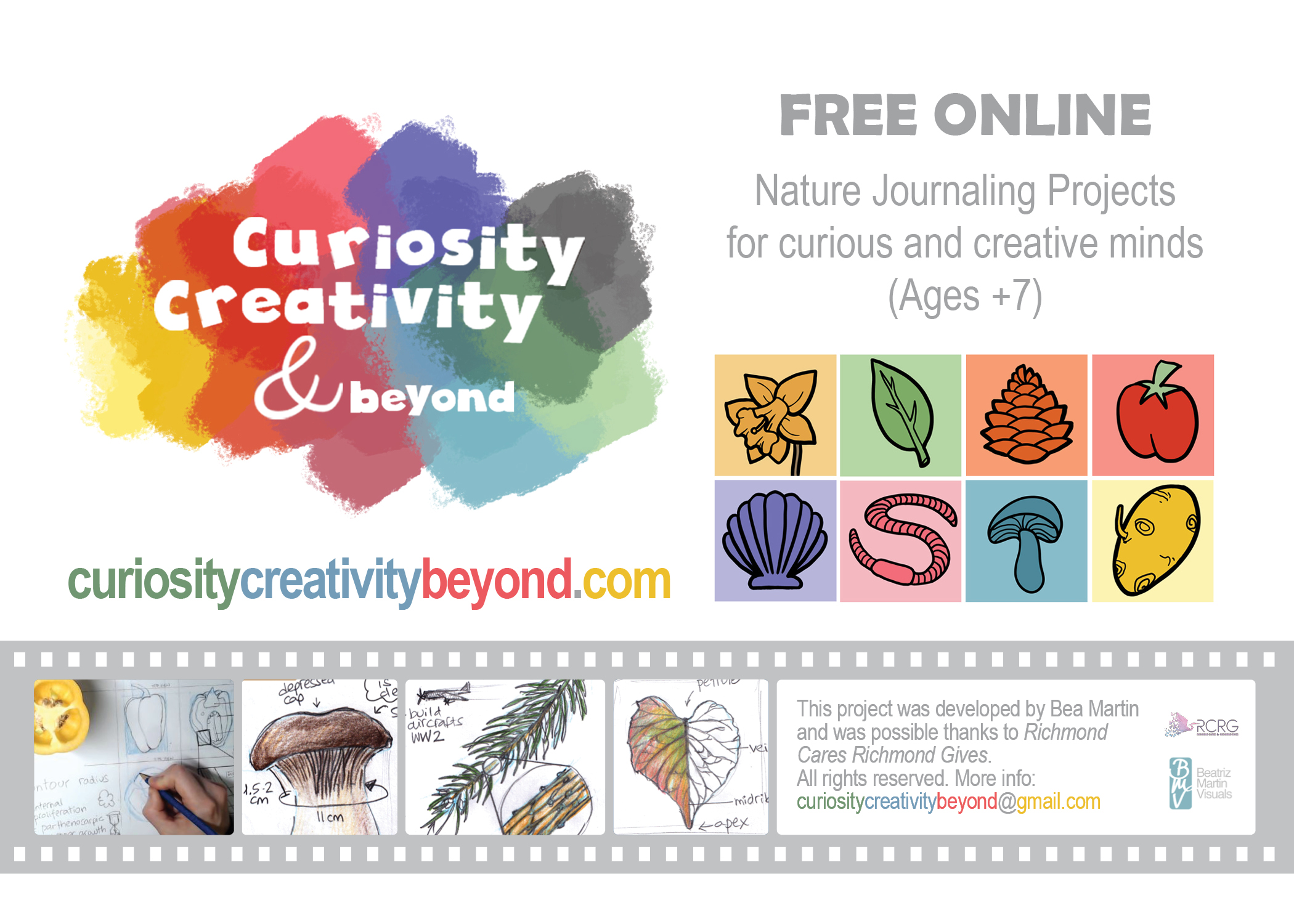 Curiosity, Creativity and Beyond!

As a science illustrator in love with drawing, I thought it would be interesting to bring nature journal projects to kids while they are at home. So, I created Curiosity, Creative, and Beyond, a website designed for curious and creative kids, that contains easy nature journaling projects and how-to videos that kids (together with parents/guardians or on their own) can follow from the safety of their homes.

Visit Curiosity, Creativity and Beyond >>

The very first thing I did was to create a logo. I wanted something colourful, cheerful, and friendly. During the winter holiday break, I started recording all the videos at home, and continued during January after working hours. I used a tripod that could bend, so the webcam would capture my table as I was drawing. Finding the right light conditions took some time and testing. For the first video I recorded, the bell pepper, I had to start over so many times… it was harder than I thought!

But once I got going, I did not have to pause a single time. I edited the videos to add labels and explanations to complement what I was saying, because I truly wanted to make the videos as understandable as possible. I had to figure out how to compress the videos once I had created them, which added an extra step that I had not anticipated. Some projects deviated a tiny bit from the original idea, and some were fortuitous. For example, the earthworm project happened because I had just found some in the garden that very morning!

About the website, I wanted it to be appealing, colourful and easy to navigate. I had to learn some CSS and try many things many times to make it look and do what I had envisioned. When there only a few projects uploaded, I tested the site by sharing the link with some friends that have children and I got very useful and encouraging feedback. On January 31st (one day earlier than I had anticipated) I officially launched the website with a mix of excitement and nervousness.

My next steps consist of spreading the word by distributing printed cards around community centers, public libraries, local art stores, etc. because I would like to stay away from social media as much as possible. I am extremely grateful to Richmond Cares Richmond Gives for their support. I feel very happy that I was able to bring nature journaling to young curious and creative minds 🙂
{Post Image:11}