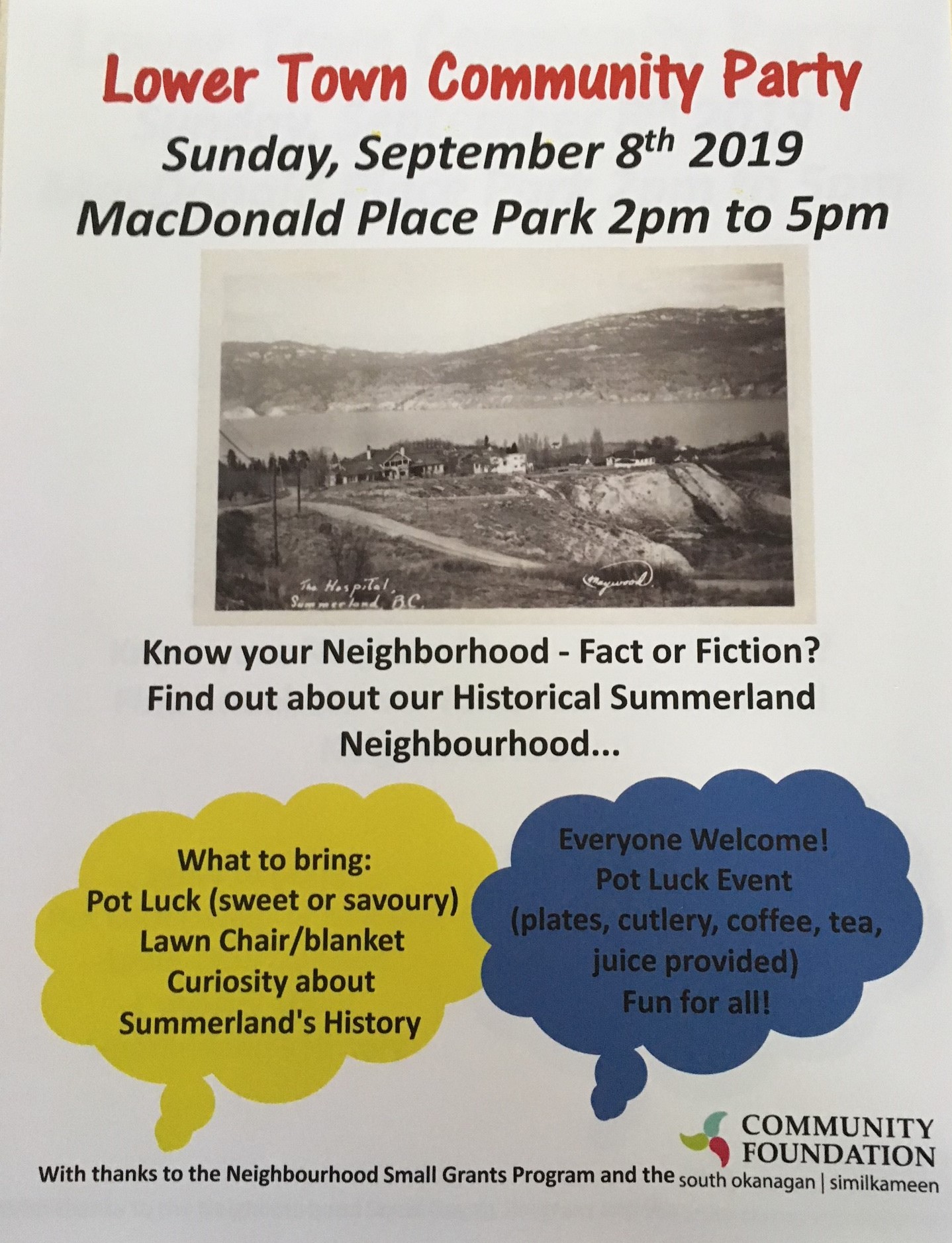 Do You Know Your Neighbourhood, Lower Town

The “Do You Know Your Neighbourhood” organizing committee met last week to discuss the outcome of the Lower Town Community party held in Summerland from 2:00 to 5:00 pm, on Sunday, September 8th 2019.  Over 50 people attended including our Mayor, Toni Boot.  The weather cooperated with no rain or wind.  There was a great variety of ethnic foods brought and attendees were most appreciative that this event was organized for them.  It gave everyone who attended a great opportunity to meet new neighbours as well as re-connect with old ones.  We learned about our neighbour’s unique perspectives, their many different backgrounds, careers and their family histories.
The committee had worked hard to plan the event.  Information flyers were hand delivered to let the community know when and where it was held.  Five committee meetings were held for planning and recap with minutes taken.  On the day of the event, tables were set up for food and beverages, Fact or Fiction historical posters were set up around the park for people to view and a porta-potti was available for the attendees to use.
Chris was the emcee for the party and thanked everyone for coming. Clean-up after the event was painless as everyone chipped in and the park site was left clean.
All in all, we felt the event to be well organized.  The organizing committee members were keen and helpful, with great ideas such as the flyers for distribution and historical posters so neighbours could learn some history of the town the live in.  The committee thought the boundaries chosen for flyer distribution and attendance worked well.  The event was well received by everyone who attended and all were enthusiastic to have another event similar to this one next year.