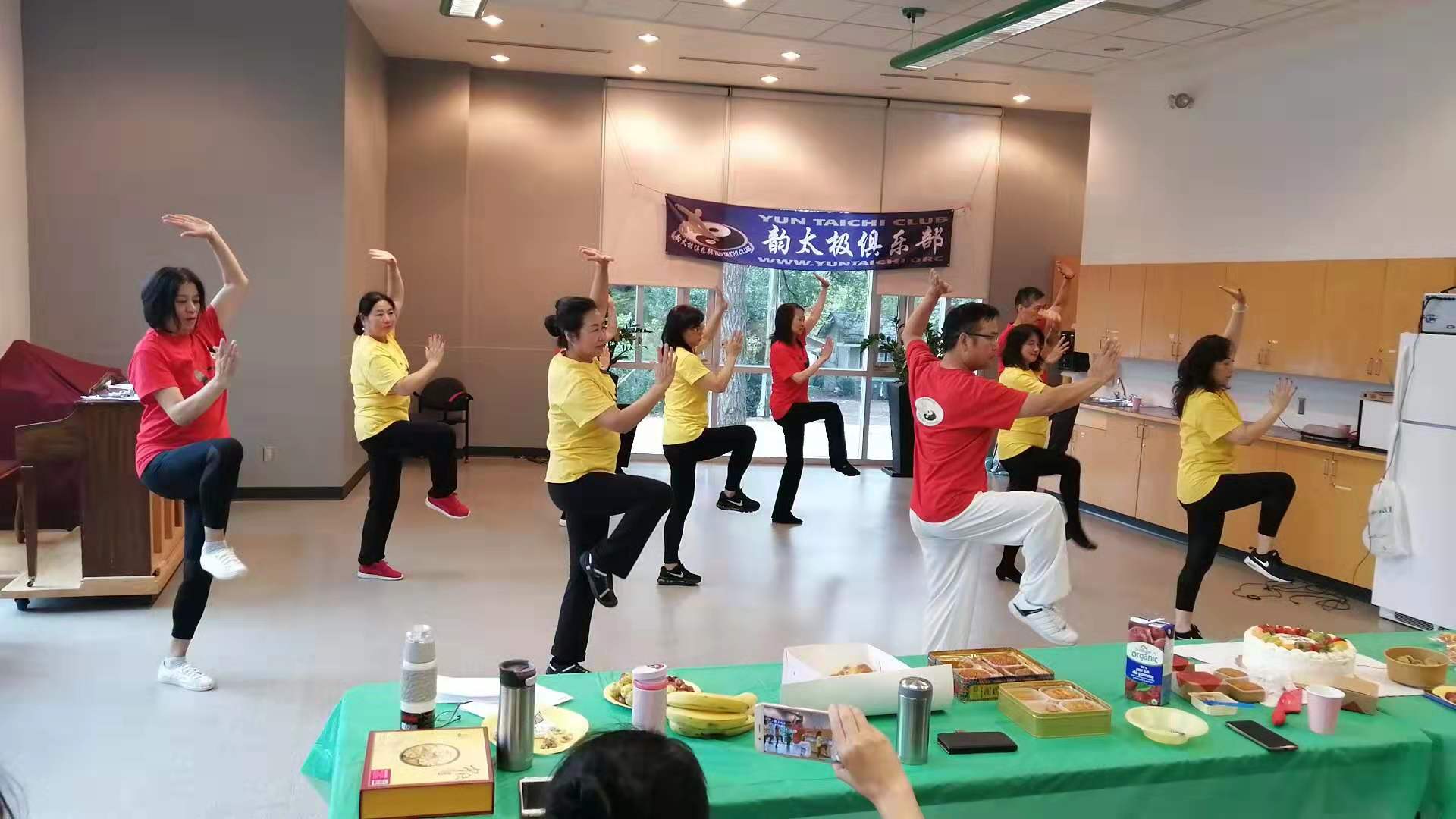 Happy TaiChi in the community

Yun Taichi Club is a volunteer-based, community-oriented, and non-profit organization, set up in 2016 in Vancouver, BC, Canada, teaching standard Taichi martial arts for health, entertainment, performance, and tournament.
On 14th September 2018, Yuntaichi Club held an event in the Fleetwood Community Centre, named “Happy TaiChi in a Community”. This event was held in order to connect the neighbor to join a group, which one will help them to get more exercise, and gain more fun. On that day, we offered abundantly food and beverages for the participant. Meanwhile, we played to sing together, and we also had a show of cheongsam China, all of them really enjoyed it. Certainly, there is an important thing, which is called TaiChi.
The constitutor named Sunny Li is really good at TaiChi, he is also tutor of TaiChi Class. On that day, he played a wonderful TaiChi, and he taught the participant how to practice TaiChi. Of cause, there are many people all interest in it, they asked a lot of questions about TaiChi. Even though they had many questions about their bodies, some of them heard the benefits from others, they knew to practice TaiChi is good for their health.
Sunny Li had a little speech to tell the culture of TaiChi, to let people knew the TaiChi is an exercise to easy to play. As you can see, people can play TaiChi in any place, and in any time. People can play TaiChi in the park, by the river, also they can play it at home. In addition, TaiChi can be any age of people to play. All age people can start anytime to join.
On that day, the participant learned TaiChi, and they also joined another program, they had a lot of fun. However, they made friends through this event, and they really enjoy the food we offered and the atmosphere is relaxing by the decoration we made. We took many pictures and videos to remember.
We wish we can organize next year for some reasons,
Taichi’s popularity will give the benefit to the whole community 1. The mindfulness aspect of tai chi—the breathing, focus, and rhythmic nature of the movements—helps calm the nervous system and reduce inflammation, That can have a positive effect on brain function, pain perception, anxiety, and blood
pressure. this will release the stress people get from work or personal issues. 2. The physician found that tai chi also helps ease the symptoms of chronic obstructive pulmonary disease, dementia, depression, osteoarthritis, and Parkinson’s disease. A similar review found it may help with hypertension, too. which will help people to smooth transit from the current health system 3.One plus appears to be better balanced. A recent analysis of 10 studies involving older adults, found that regular classes reduced falls by 43 percent in those followed for up to a year compared with other exercises.
One study suggested it may also cut the chance of being injured in a fall by half which has great benefit for the
elderly people.