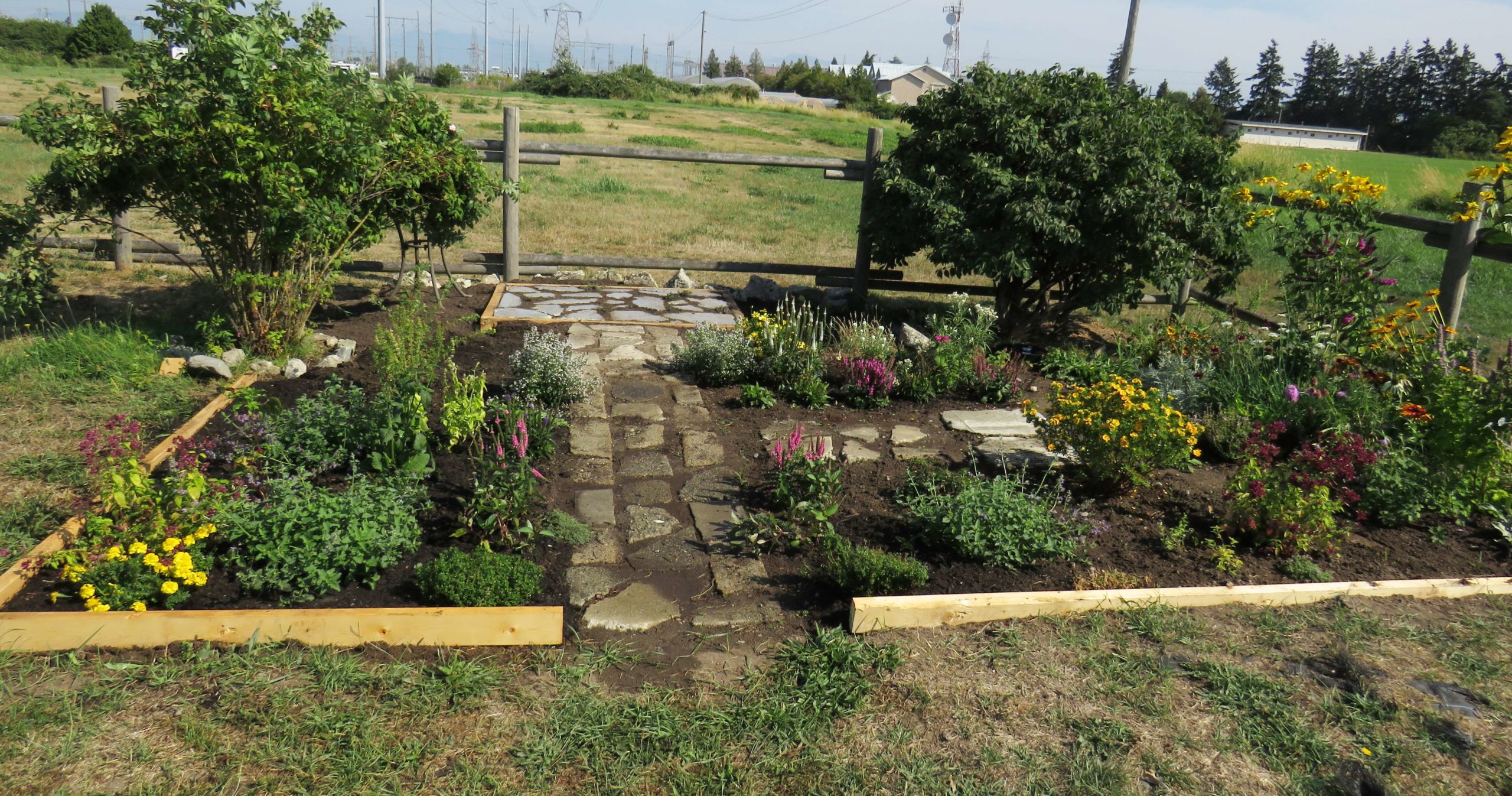 Helping to create a “butterflyway” in Delta

As a new member of the David Suzuki Foundation’s Butterflyway Project, I was thrilled when the Ladner Community Garden board voted to give me a patch of lawn at the back of their allotment area to turn into a garden. I had visions of creating a paradise for butterflies—and offering a model to other Deltans wanting to create their own pollinator patches.

Out came the mattock and the shovel. The sweat flew! Because of COVID restrictions, I had to do the work on my own, but lots of passersby gave me encouragement from the other side of the fence.

Once the grunt work was done, though, I faced the next challenge: no plants, no money to buy them with, and a time of year long past the seed-sowing season. This is where Neighbourhood Small Grants Delta stepped in. They sent me a small but mighty cheque to buy plants with. Time to grab a chai and go “nursery-hopping” with my sister!

The first thing you learn when you join the Butterflyway Project is that a good butterfly garden is actually a caterpillar garden. So with the grant money, I bought native plants that not only feed butterflies but host their young, such as Pearly Everlasting, kinnikinnick, and our native B.C. spirea, known as hardhack. And of course I bought nectar plants for the adult butterflies, too: goldenrod, heliopsis, oregano, veronica, butterfly bush, and others.

I got lots of donations from the community. The wonderful folks down at the Earthwise Society Farm gave me some of their stinging nettles, which are ouchy but so very important for many caterpillars, including my favourite, the truly gorgeous Satyr Comma. (The nettles are tucked away behind a large shrub so they don’t hurt anybody.) A fellow “Butterfly Ranger” from Vancouver gave me some more key host plants, including Nodding Onion and salal, as well as several catmints, which are already gigantic and glorious. I’ve been in talks with the Environment scientists at the City of Delta, and they have donated another little patch of land for me to work on.

The garden is already starting to fill out, and it has been absolutely swarming with bumblebees, native bees, and other pollinators. And, to my delight, a group of Woodland Skippers, a small orange butterfly with a crazy flying style, took up residence in the garden! A taste of success!

I can’t wait until next year, when I can grow more host plants from seed: sunflowers, Douglas Aster, thistles (in a pot, so they don’t take over!), clover (ditto), vetch, and hollyhock. It should be spectacular!
If you go past the Ladner Community Garden, at 6467 Holly Park Drive, be sure to take a look at our community’s new butterfly garden. Thank you, Neighbourhood Small Grants Delta!
{Post Image:11}