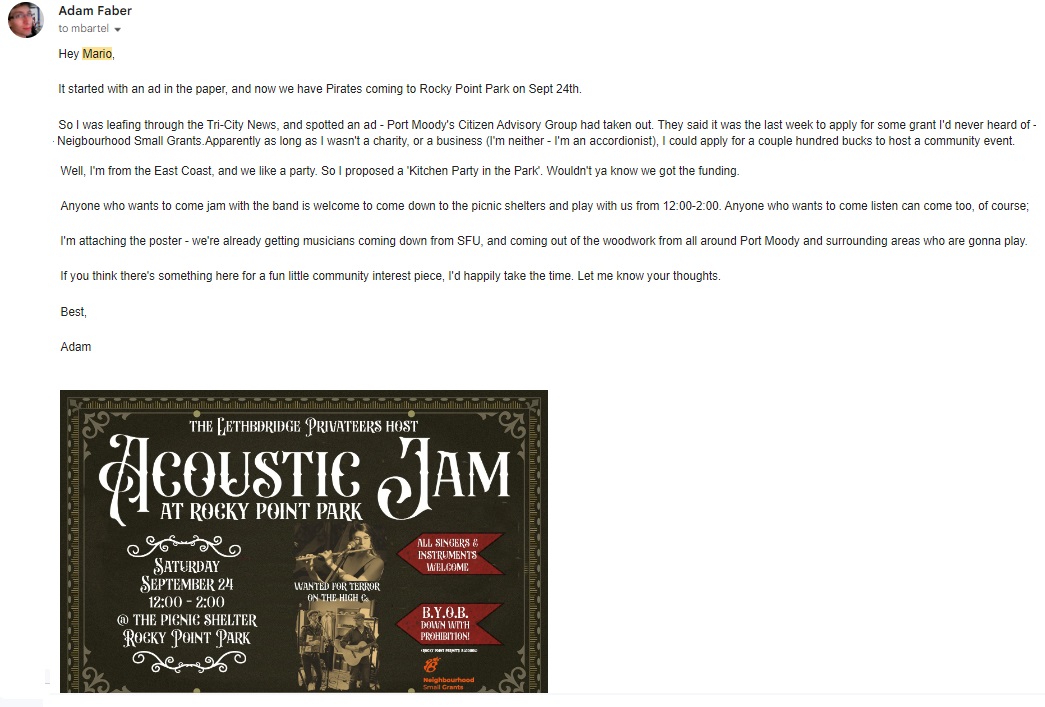 Kitchen Party in the Park cooks up a good time

The idea was to host a classic ‘East Coast Kitchen Party’ with a twist: everything would be held at the local park. Rocky point park has a picnic shelter, and room for seating – as well as the ability to rent the space for a few hours.

To start with we called the city to make sure we wouldn’t bein conflict with any other events (there is a regular concert series, for example, and we didn’t want to be competing for the airwaves.) After that was squared away we reached out to the local newspaper four weeks ahead of the event with a press release – telling them about the event, and giving it a bit of a hook. “An East Coast party on the West Coast.” (The ‘press release’ I sent the paper is attached’.

Well, once I did the story with Mario in the paper, the CBC got in touch, and they talked about the event on the morning show with Stephen Quinn.

Well, gosh, a bunch of people turned up! We had a guitarist who was on holiday from Ireland, some local buskers who came round, and a bunch of people with an east coast connection. You can see how well attended the event was on the attached video.

Thanks to going through the process of putting this all together, I’ve learned that there are some funding streams from the city I can take advantage of to make this event a regular occurrence, and I have some ideas on how to make the event a bit bigger next year!
{Post Image:11}