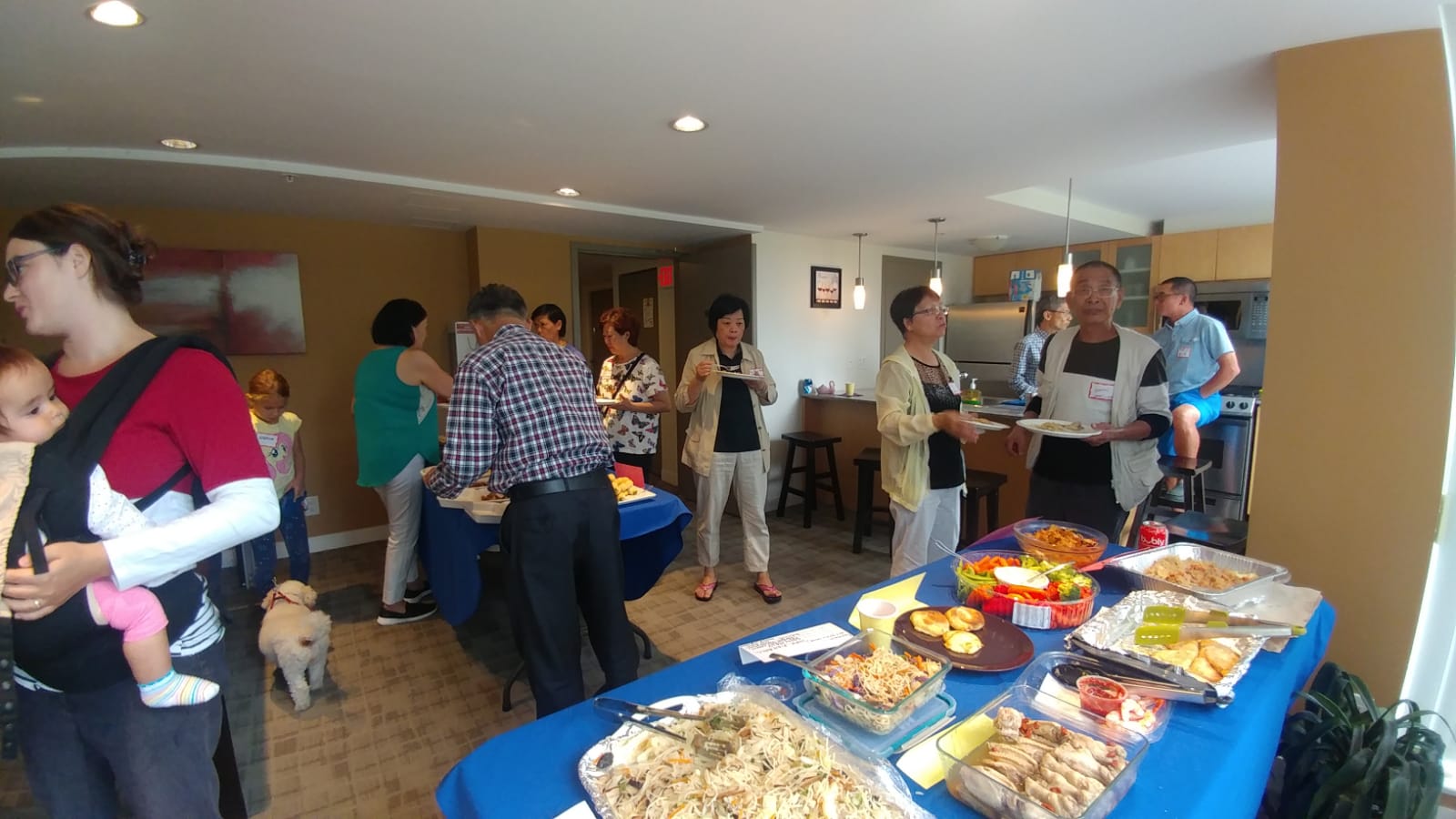 Ocean Walk Condo Get Together

It’s weeks later and people are still greeting one another in hallways and the parking garage! Our potluck event was a moderate success in terms of attendance – about 80 residents (of about 500) came – but a much bigger one in that it got fellow residents talking to one another and finding out more about programs at the nearby community centre. The range of ages was from 6 months old to 80’s and there was a mix of English and Chinese spoken with translation, where needed provided by people who are bilingual. The 11am-2pm event had two youth activity staff from our nearest community centre on-site and they were well prepared. We had just two children to take part in a variety of activities we’d arranged for them but they got lots of adults out on the lawn for some parachute games. They brought along community centre flyers in both English and Chinese for their programs – I think this was a surprise to some of our older, non-English speaking residents, who appeared interested…great community building both for our strata and our community.
During the event, many said we should do this more often. And, while setting up, we also heard from several people that they’d have attended if not for prior commitments. Though our strata complex is 12 years old, there had never been a social event. We will definitely have another similar event, for which our strata council will provide assistance. A couple of residents (whom none of us knew before) helped the three of us set up and, after it was over, there were so many helpers that take down and clean up was all done in less than 30 minutes.
It was only a few hours of prep each for two of us familiar with small special events and we had input and assistance from an NSG Committee mentor, so we didn’t miss anything. She also attended the event and assisted us throughout the event. We started by posting and circulating invitation posters via our strata management company in both English and Chinese. The posted notices were updated two days before the event to remind people of the date. We bought juice and soft drinks, some fruit and veggies to be sure there was enough to eat and something for everyone. The NSG funds allowed us to try something that had not been done in our strata previously – its success was such that the strata council will fund future events.
Many thanks to RCRG, its NSG Committee and the Vancouver Foundation