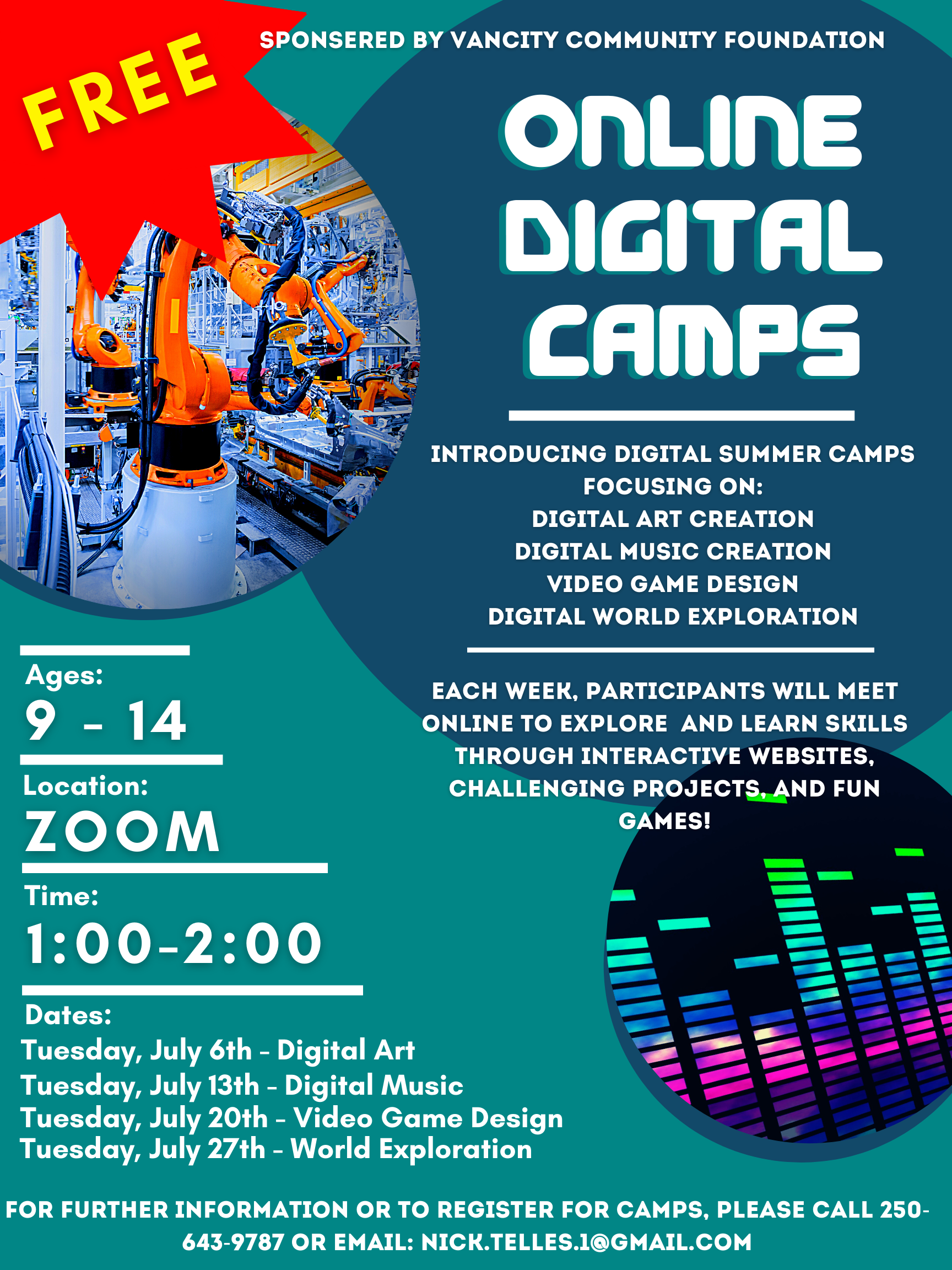 Last year, at the beginning of the Covid outbreak, I applied for a Neighborhood Small Grant to run a week-long online STEM and digital media camp. At that point, schools were shut down and many people were on lockdown. I felt that an online camp would be an excellent way for kids to interact with each other from home while also learning new technology skills. The camp was so much fun and the participants were able to have a great week connecting with each other.

This year, when I re-applied for the grant, I had in mind to run a similar program for kids online. However, as I began planning the camp, I realized that many kids were back in school and were able to attend community programs again. I decided that the focus of this year’s programming should shift from focusing on social interaction to more of a technology skills-based approach.

I decided to run mini-camps instead of a week-long camp that focused on specific digital skills and tools. The camps included digital music creation, digital art creation, video game design, and (digital) world exploration. Each camp also included puzzles, problem solving questions, and an emphasis on approaching technology as a creation tool rather than as a passive consumer of random information (i.e. Facebook, Scrolling Apps, and random Youtube videos).

Between the four different camps, I was able to work with 32 kids total and we had an excellent time practicing new skills and learning the difference between the creative and consumerist use of technology! I am so grateful to have had the opportunity to continue this program for the second year. Thanks so much Neighborhood Small Grants!
{Post Image:11}