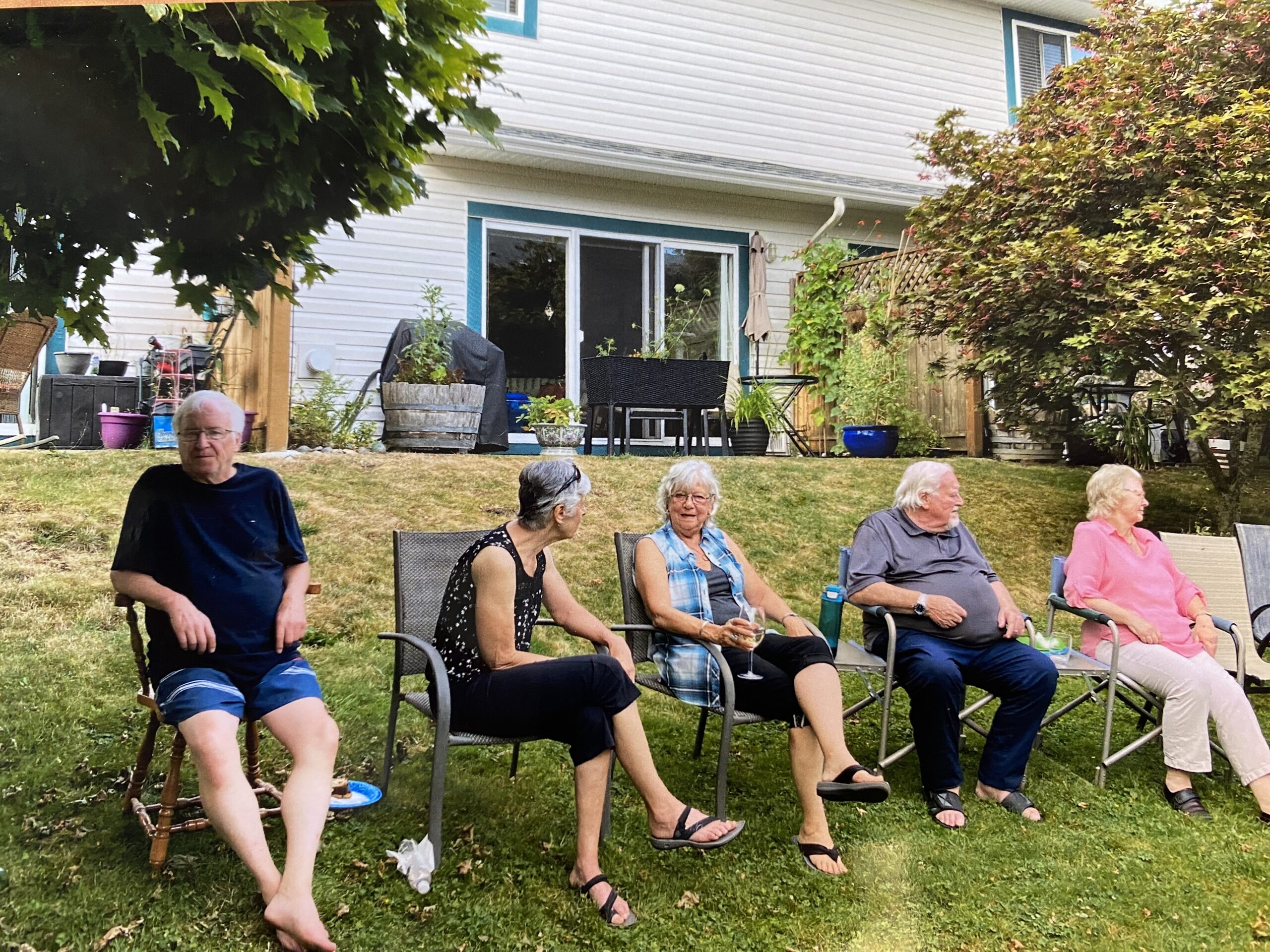 The picnic and gathering went so well! The weather cooperated and we were able to form a large circle outside in our green space. People were so happy to be able to meet again after being isolated during the Covid outbreak. There were several of us, me included, new to the community. It was so nice to get to know neighbours. Several of the originals were able to tell us some pretty funny stories.

One of my neighbours and I had met several times to plan the event. We decided on a picnic instead of a BBQ so that everyone would have more time to socialize. I personally went door to door to invite everyone and to confirm any dietary requests. Everyone was asked to bring their own chairs and drinks. One of my neighbours has mobility issues and so we chose a spot that was accessible by scooter.

Once that was organized we preordered a meat and cheese platter. The day before we shopped for condiments, plates, cutlery, ect. The day of the picnic, we picked up the platter as well as salads and desserts. We has plenty of time to set up the feast before neighbours arrived.