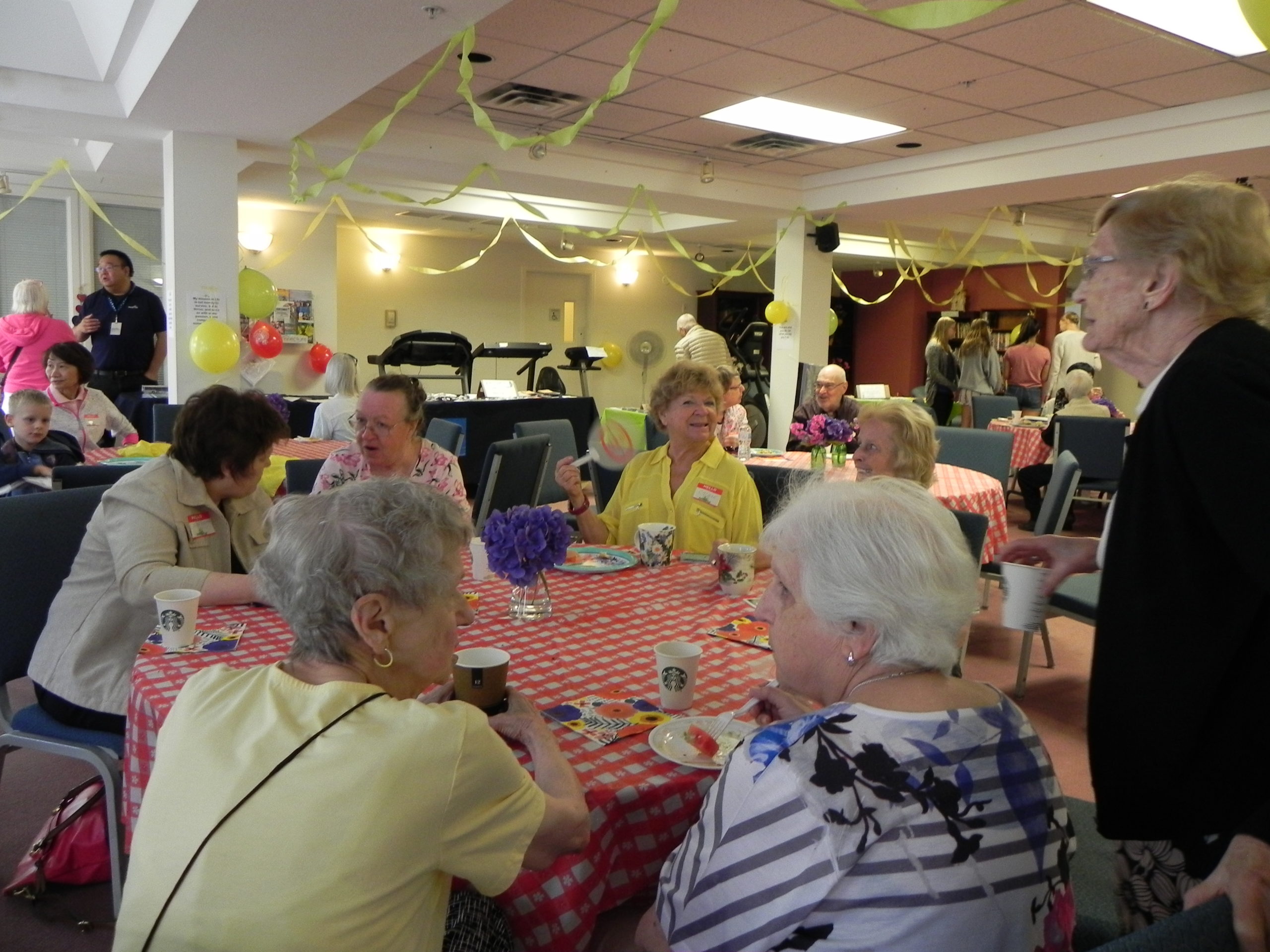 The Parkdale Fair was held inside the Lounge of the Parkdale Manor Lounge, so we didn’t have the weather to be concerned about.
All Parkdale residents were invited, along with the neighbours in King Edward Court — all seniors, as well as the residents of the area homes.
The Parkdale Fair was billed as a Wellness Fair; and our plan was to have healthy snacks and exercise information; pamphlets from the Peoples Law School. Some of our resources were Block Watch, ICBC, Translink and David Eby’s office.
Success! The day before we decorated the Lounge in balloons and streamers coloured in green and yellow. Our Logo was a dandelion – a plant that offers a wealth of nutrients and uses. ‘Chalk footprints’ directed the neighbours to the Lounge.
Music. a microphone and speakers were set up (outside -the weather was perfect) for music. The songs were sung in English, Spanish and French – and the audience spontaneously got up and danced. The energy of the Fair got everyone talking, and moving and happy to be alive.
Volunteers were at each table – they chatted with all those who stopped by to try the food, or pick up a give-away from the Fair.
Volunteers had sewn and dyed fabric into reuseable bags — we included the planet in our wellness theme – and told people that these cotton bags could be used instead of plastic bags.
A natural lip balm was given out along with details of the benefits of using natural products on your skin.
Coastal Mountain – Chris, an employee attended and listened to peoples’ concerns and criticisms of the buses (especially Bus #2). He listened, explained, and listened some more – and people felt that their issues had merit.
Four ‘interns’ from Vancouver Chapel did a fab job of keeping the place tidy, and helping those with walkers, and they stayed to clean up too.
The atmosphere was energizing; people were engaging; new friends and old were welcomed; phone numbers were exchanged; recipes requested; smiles were on every face.
It was a Fair of ‘magic moments’ – everything was perfect.