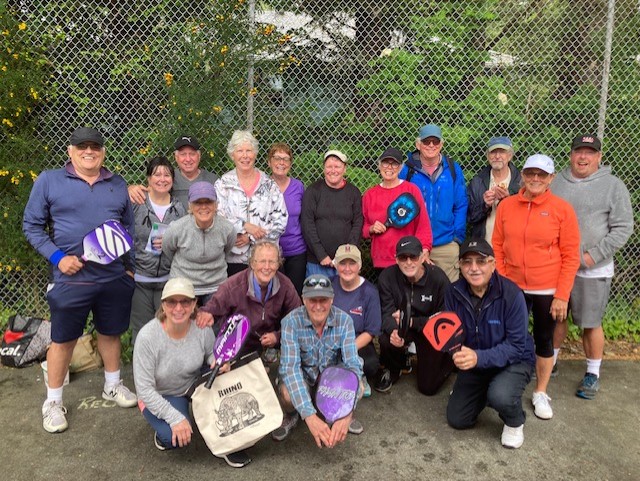 Over the pandemic, the Ucluelet and Tofino pickleball clubs played a lot of pickleball, and we decided to hold a small tournament between the 2 clubs. We knew we needed to adhere to PHO guidelines, and we did!  As we do not have indoor courts to run a tournament for 25 people, we had to rely on outdoor weather compatibility which proved difficult this spring! We tried for May 25, but had to re-schedule due to rain. On June 1, due to rain we had to re-schedule the mens event to next Wednesday June 7.Despite the obstacles, we had a blast in the women’s tournament on June 1, 2022. The money donated by the Neighbourhood Small Grants program tripled with donations from the COOP Grocery, Shelter, Surfside, Rhino restaurants. District of Tofino gave logistical help with tents, chairs and garbage logistics.Both clubs enjoyed the play and many hours of practice and preparation led to the first tournament ever for Pickleball in Tofino and Ucluelet. (One couple came from Salmon Beach, and another visitor from Connecticut joined as well).

Here’s to more pickleball in our communities!