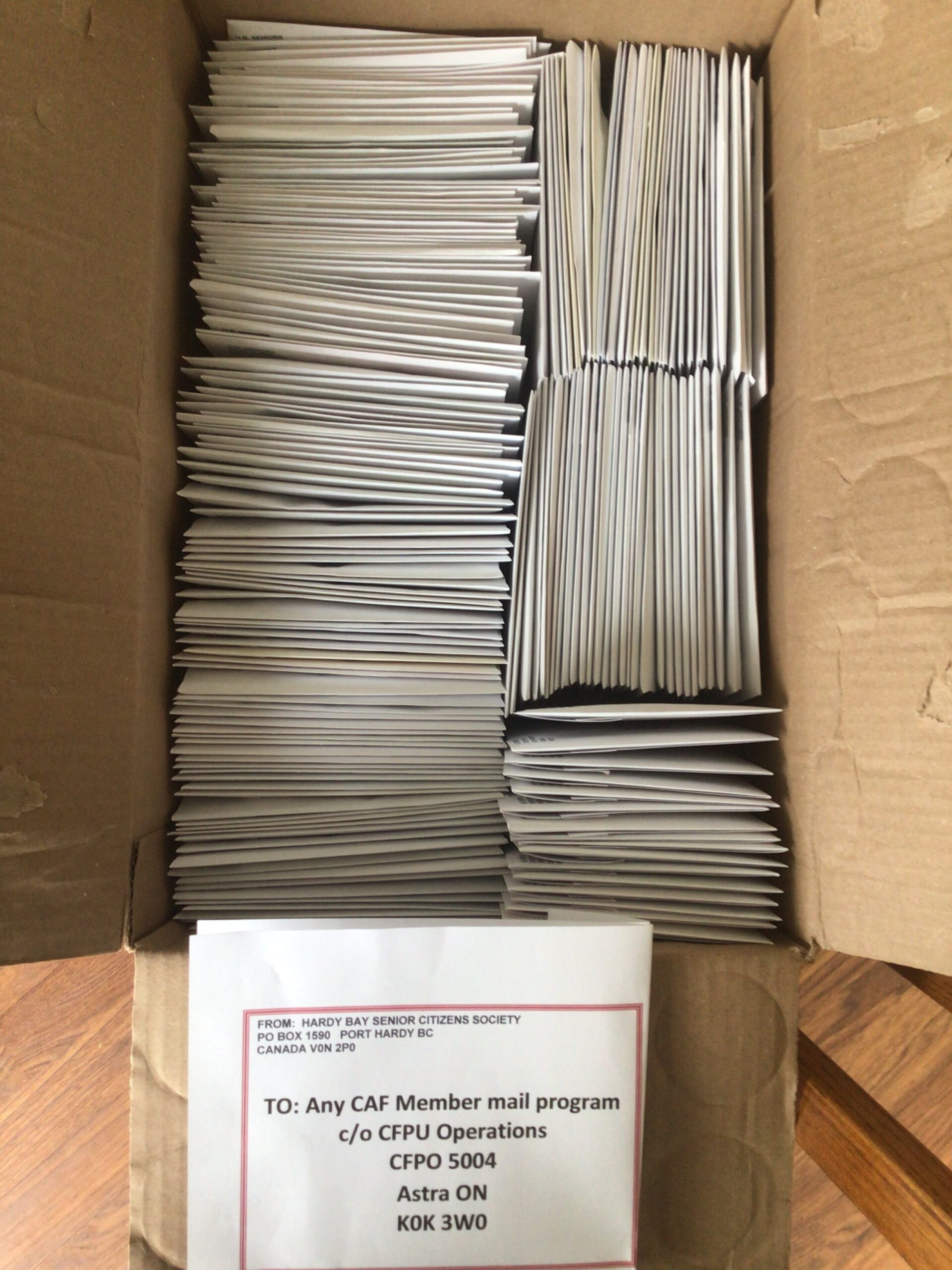 After a few successful sessions with the Hardy Bay Seniors making and sending Christmas cards to Canadian Forces members in Germany a Neighbourhood Small Grant Program was applied for to continue card making sessions. The project was to provide card making materials for seniors: birthday cards, all occasion, get well and keep in touch cards (or whatever they wanted to make). The sessions provided socializing, creativity, eye/hand coordination skills and artistic expression.

Unfortunately the early 2022 Provincial Covid Protocols prevented the Hardy Bay Senior's Center from opening in January and most of February. After the capacity limits on indoor gathering limits were lifted card making sessions were held on February 25, March 11, March 18, and March 25 with 10 – 15 seniors participating in each class. Card making kits were made up as ready to go projects and plentiful card/craft supplies were provided so seniors could add their own touches.

The first session was held to make birthday cards and at that time the group decided spring themed appreciation cards for Canadian Forces members serving in Latvia would be a more rewarding project.
The seniors were eager to return for each session and add to the growing number of cards. Over the remaining
three March sessions the spring themed 'just for you' and 'thank you for your service' cards were completed and each card included a printed message from the Hardy Bay Senior Citizens Society thanking Canadian Forces members for their service. A total of 200 cards were created and mailed out to support our Canadian troops serving in Latvia.

Many thanks from Hardy Bay Seniors to the Neighbourhood Small Grants Program that made this possible!