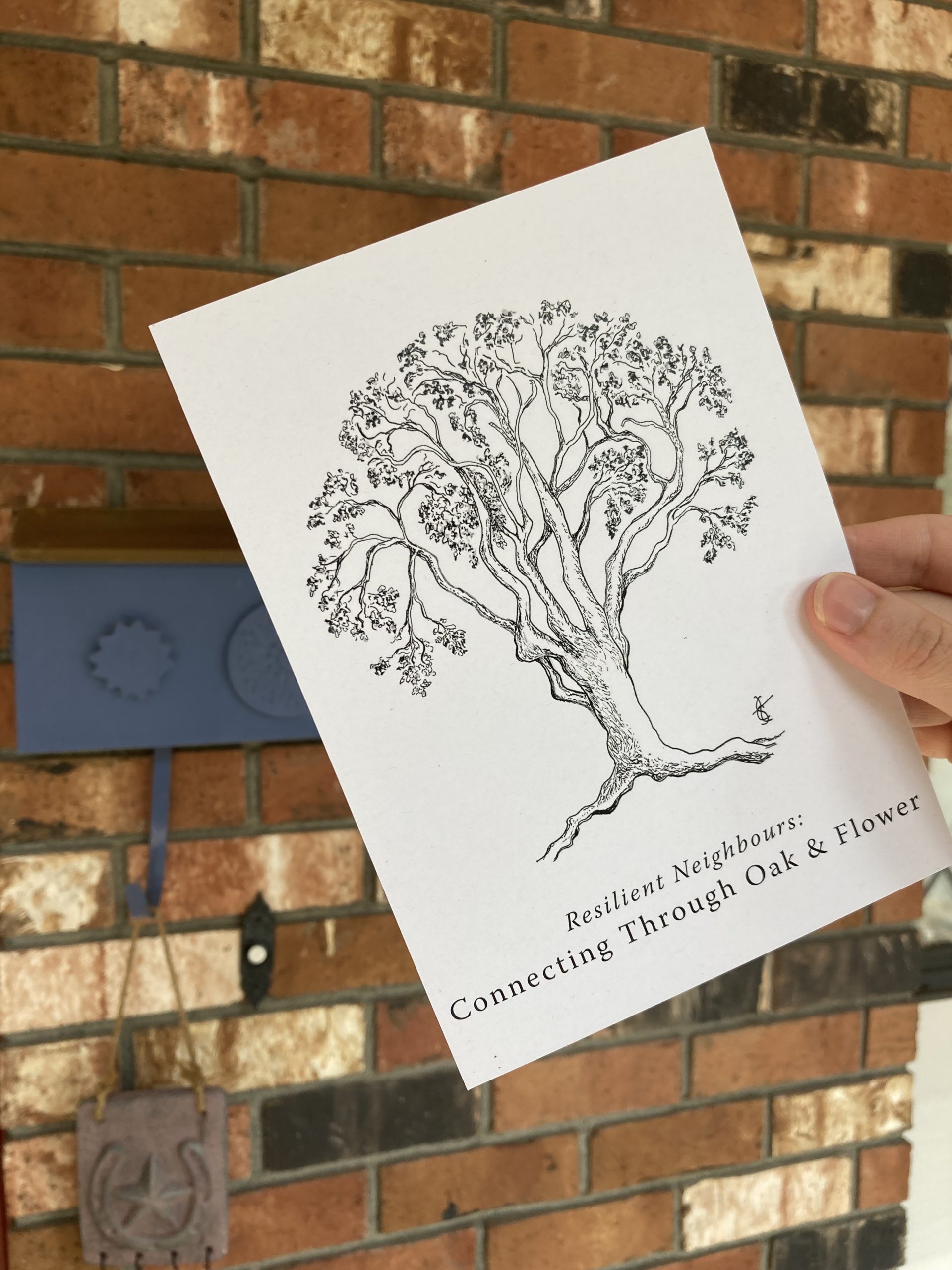 We enlisted a local artist to design an image which was used on postcards explaining the project and inviting neighbours to take part in a Zoom event which featured Kristen Miskelly of Satinflower Nurseries, a native plant nursery based in Sannich that specializes in restoration of Garry oak meadows and other Vancouver Island ecosystems. Postcards and reminder flyers were distributed to the mailboxes of 48 homes and neighbours were invited to request free packets of a custom blend of Garry oak meadow seeds. As part of the zoom event, attended by 12 neighbours, Kristen highlighted the importance of conservation and restoration efforts on private property and provided instructions on planting the Garry Oak meadow seeds we distributed.

Although our original plan was to distribute seeds to all households, due to the timing of seed availability this approach became unfeasible and we asked residents to request seeds through the dedicated email we set up for the project. As a result we were able to be more generous with the amount of seed we could provide to each household. We were also able to write a personal note when we came back to deliver the seeds to mailboxes! Due to safety protocols around COVID-19 all our distribution efforts were without any face-to-face contact.

We were pleased to see the cooperation our project elicited between neighbours, some gathering in groups observing COVID-19 safety protocols in their own homes, who were able to accommodate older neighbours who did not have access to a computer.

Though the time frame of the project has passed, we have established new connections between neighbours that will last into the future. Some neighbours have expressed interest in continuing to develop the project on an ongoing basis. Neighbours who requested seeds are excited to plant these this fall as instructed by Kristen and we look forward to seeing the results of these plantings along the pathways of our neighbourhood during spring and summer of 2022, as well as through postings and photographs on the Facebook group we created for the project, which contains further information about Garry oak ecosystems (https://www.facebook.com/groups/resilientneighbours).

An article about the project will be published in an upcoming issue of our locally distributed Neighbours of Hammond Bay magazine, which will hopefully encourage similar projects to develop as the magazine has a much wider distribution area than our project allowed for.