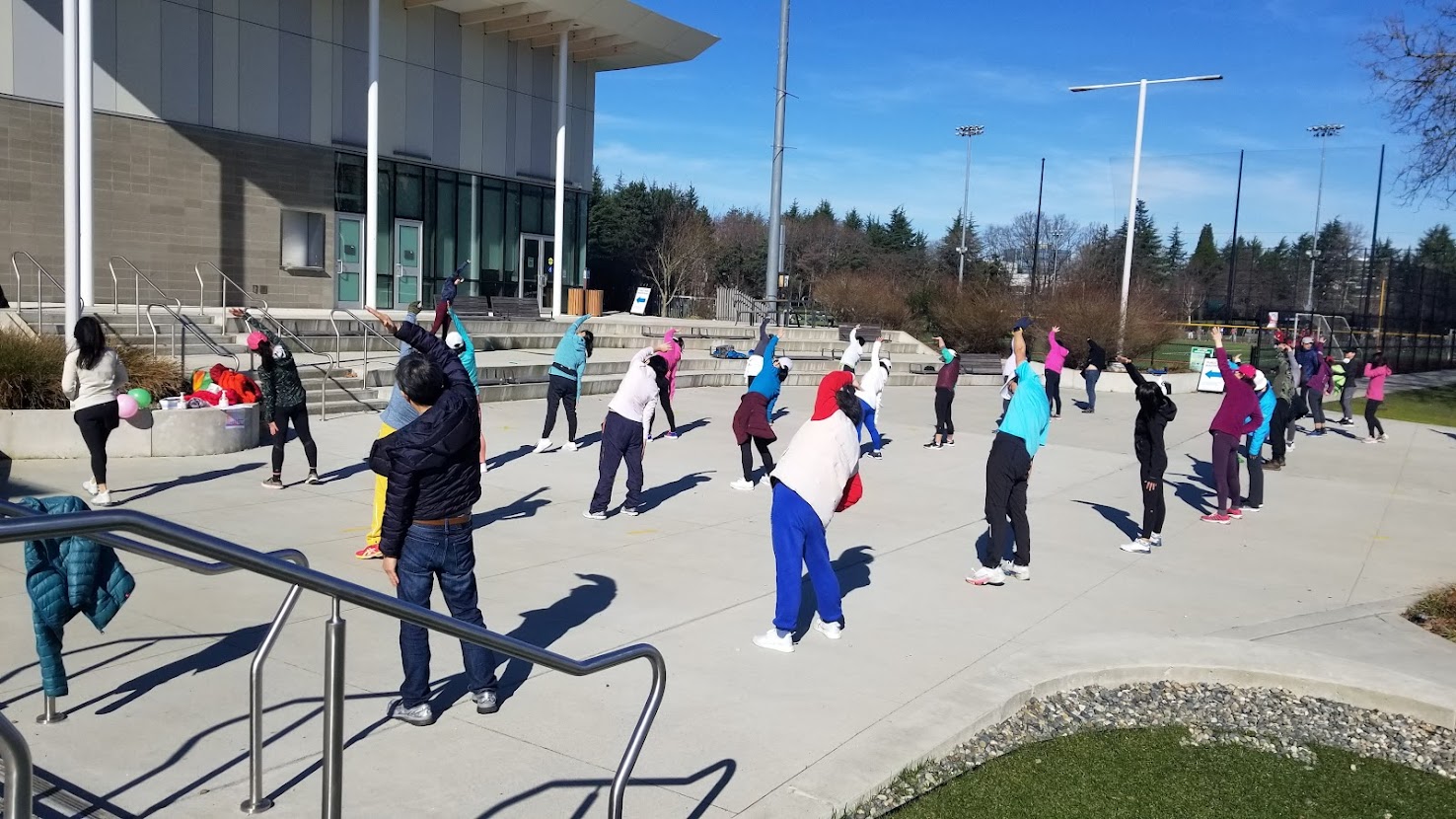 When I first planed my project I planned to hold the event in summer, hence the idea of an outdoor pizza party, but soon realized that I needed to complete my project by March 15. Besides the weather, COVID restrictions didn’t lift until early March. So I didn’t dare to promote the event. As soon as COVID policy changed, I decided to go ahead with the event and had barely two weeks before the event date. The reason I set the event date on March 6, one week before the deadline, was to give us some leeway in case it rains. But the weather turned out warm and beautiful.
Though there wasn’t much time for promotion, the response was quite enthusiastic after I posted the event in some local running clubs. We eventually had 39 participants who expressed great satisfaction with the event.
The event started with exercises led by a fitness instructor which lasted half an hour, followed by a talk on injury prevention in running, including the choice of shoes, posture, breathing, training and tensity. Participants asked a lot of questions which were addressed one by one by the speaker, who is an experienced marathon runner in Richmond and also team lead of the Richmond branch of the largest Chinese running club LaPower. He also took the chance to introduce the Richmond Olympic ParkRun to participants and encouraged runners to do social runs to keep themselves motivated.
The talk was followed by pizza and prize draws of running socks and two donated T-shirts, which brought the event to a joyful climax. Before leaving, participants came to me to express how much they enjoyed the event which was very successful and upbeat. The enthusiasm that participants demonstrated was really heart-warming.
To sum up, I am glad we were able to go ahead with the event after nervously waiting for months. There are so many runners around us that we didn’t have to do much promotion in the short time we had. For prize draws, I am glad I took the advice from one of the runners and bought inexpensive socks from Joe Fresh so that more people could win a prize. Though the socks were only a few dollars, people were very happy to receive them.
Lesson learned: be more diligent in reminding people to keep in mind of their physical well-being when exercising. We had one participant who went out of breath after the fitness activities. It turned out she hadn’t exercised for quite a while. In the future, if an event involves physical activities, it would be a good idea to have participants sign a medical waiver and also limit participation to only able-bodied people.
{Post Image:11}