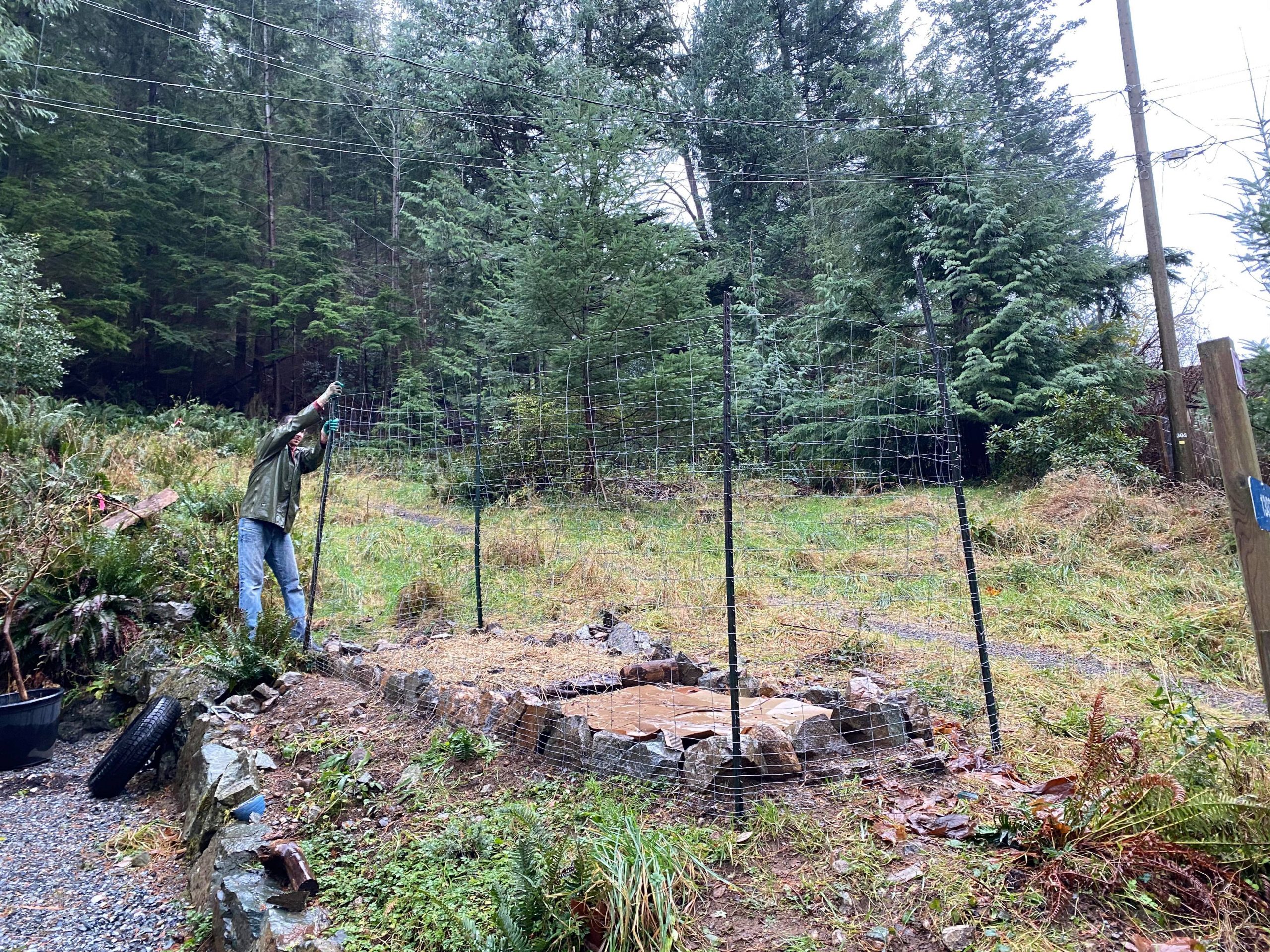 When the pandemic hit in March 2020, people started panic buying toilet paper, canned goods, and also – seeds. With more time on their hands and the potential scarcity of available resources, growing food suddenly seemed like a good idea for people who’d never thought of it before. In Scarborough, I knew plenty of people who were already keen on growing their own food. A number of us already were connected and helping one another out with our gardens, but a Neighbourhood Small Grant allowed us to form new connections, to learn from one another and also to work together.

We started with a Zoom meeting while we were still in lockdown. This included a few renters who were not able to build gardens of their own, but were keen to help others and offer their services. This was followed up by two in-person garden tours led by neighbours with proven green thumbs. The first of these took place in my yard, which was a construction zone only months before. Dionne, the tour leader, warned me that planting seedlings in sea soil was like feeding whiskey to a baby! We all got a good chuckle out of that and learned a ton, I also promptly re-planted my seedlings.

The next tour took place in Opal’s front yard, whose transformation over three years the whole neighbourhood has admired. Hers is known as “that place with the amazing tomatoes,” or just, “that incredible garden.” The next step was more challenging: the idea was to simply plant a fruit tree in a community space. There is a pathway with public land on either side, so I thought that would be a good idea and started spending time up there. I learned that many neighbours had a sense of ownership over this space, and over the years had started planting things without communication with one another. So I decided to set something up in an area of land that one neighbour had already disturbed and un-successfully developed.

So, we (a variety of neighbours, at different times) built two raised beds. We planted garlic and tulips in one bed, and left the other bed open for a future fruit tree. When we realized deer were stepping on our bed and dogs were defecating on it, we decided to put a temporary fence in. Hopefully, one day this spot will have a permanent fence with a gate, and some beautiful, flowering fruit tree in it.
{Post Image:11}