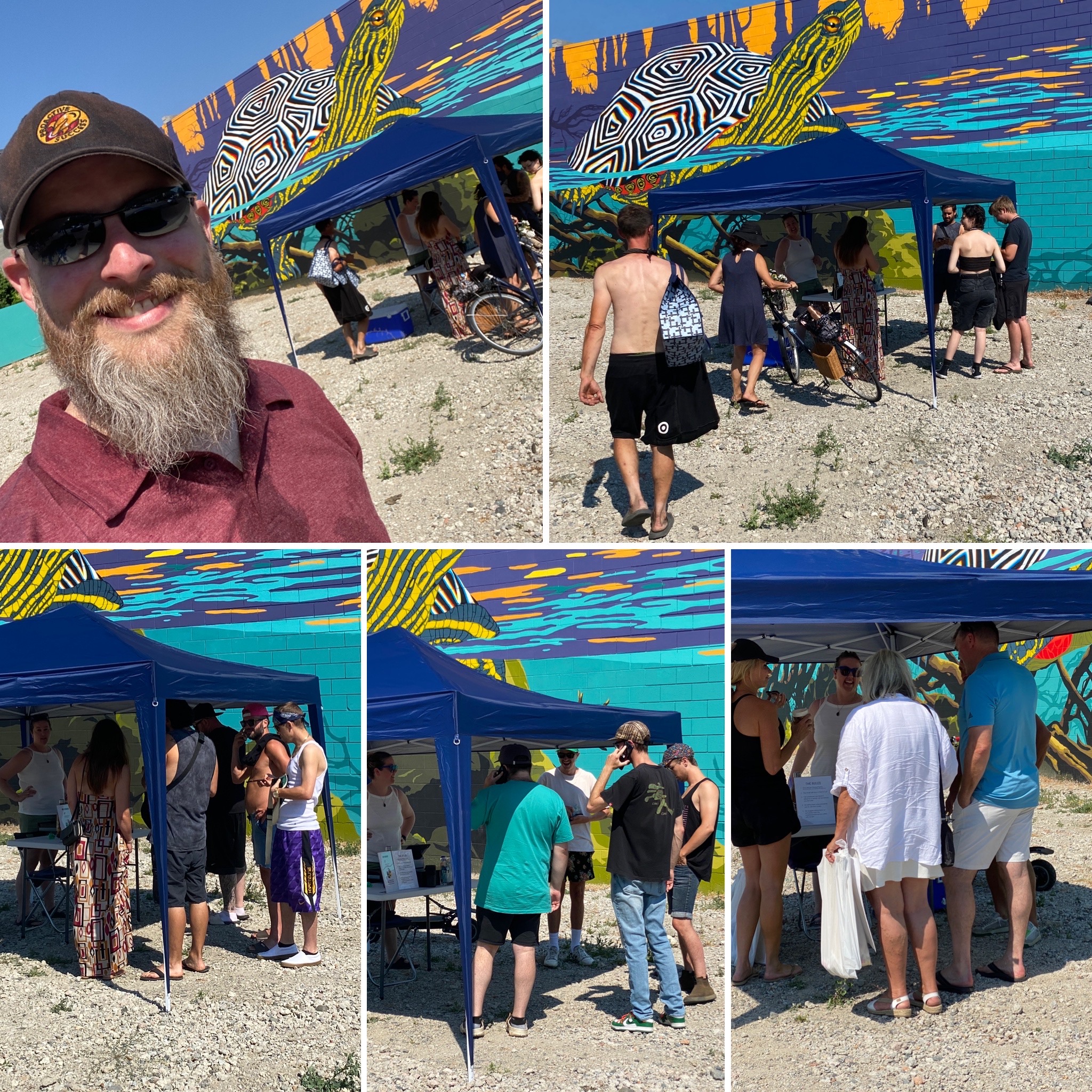 This project went fantastic once the location was set, which was right beside Original Joes on Pandosy (the empty lot). I thought this would be the easiest part, but went through 4 locations saying no before I got my yes from The Stober Group to use this spot.

Insurance on the property put a dent in the overall amount we had to give out ($112 of the $500 awarded) and added some stress as they were behind and I only got the quote and approval 7 days before the event was to happen. The process was quite simple to go through, and it was all done online through PAL Insurance Canadas website (this saved fees going through a Broker too).

Having done a number of community events in my job, I had everything prepared and ready to go ahead of time with tent, table, chair, cash register and an iPad for taking names/numbers for tracking what was given out.

3 days before the event I posted on LinkedIn and Instagram about the upcoming event, and I posted a few Stories the Day of when I had a chance to encourage people to stop by. I reached out to KelownaNow, Global Okanagan, Kelowna10, Beach Radio, The Lizard and Virgin Radio multiple times before and on the day of, but nobody showed up!

InfoTel News drove by and saw me with my Spread the Love sign and came back to interview me and take photos for the story they posted on Sunday, this resulted in Big Ginger from Beach Radio reaching out for an interview as well (should be airing August 3).

The remaining funds at the end of two days (Only $10!) was donated to the Kelowna Women’s Shelter along with the money that people opted not to take after the call, this totalled $207.50 (which included extra money that people donated on their own too).

All in all we gave out $375 for 75 phone calls! Hundreds of smiles from people on both ends of the phone as well as people who drove/walked/biked on by!