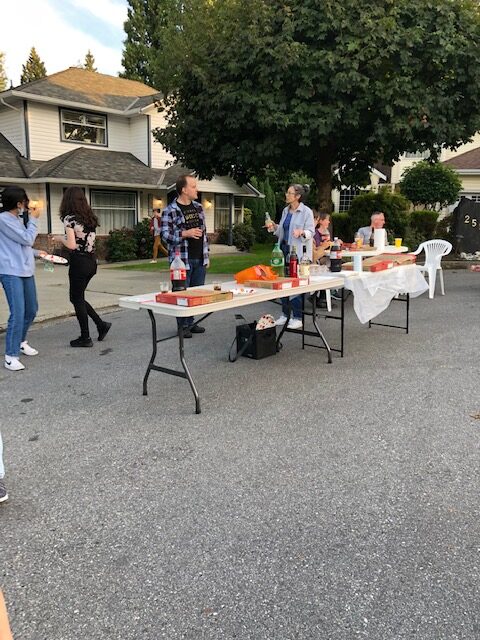 Neighbourhood Grant
I applied for $400 to place a small library in our cul-de-sac and have a modified block party. You were kind enough to approve my grant and gave me $400.
Once I received approval, I talked to neighbours about the best location for the small library. Since I am one of the oldest residents (74) I felt that it would be better placed near or on a younger person’s property.
Unfortunately, the initial enthusiasm for the library did not continue and there was no one willing to have it on their property and many neighbours had nothing to contribute to the issue. It would obviously need some minimal, but regular maintenance.
Some felt that it might be a COVID issue but personally I think that everyone is fine with these projects unless there is responsibility involved.
So, I returned $200 of the grant by writing a personal cheque that I dropped off at the Burnaby Neighbourhood House on Hastings, several months ago.
I organized a pizza/pop party for September 24 and each resident of our cul-de-sac was invited to order a large pizza and pop of their choice. Large tables were set up in the cul-de-sac and neighbours were invited to come and enjoy their pizza and talk about common concerns. We discussed supporting a neighbour whose wife died two years ago (I order him Friendship Books from a secondhand store as he likes to continue to read to his deceased wife). Another common concern is the frequent visits of bears and bobcats to the cul-de-sac.
Considering the ongoing challenges of our times, the party was very enjoyable and well received. One disappointing aspect was the fact that three people picked up their pizzas and took them home! Hardly a block party!
The party cost $416.61 so I made up the difference. Our normal block party would involve everyone contributing food to share and each neighbour bringing their own protein and drinks, but this was not possible at this time.
Thank you for encouraging us to get together to celebrate all that we have to be thankful for and to explore ways that we can support each other.