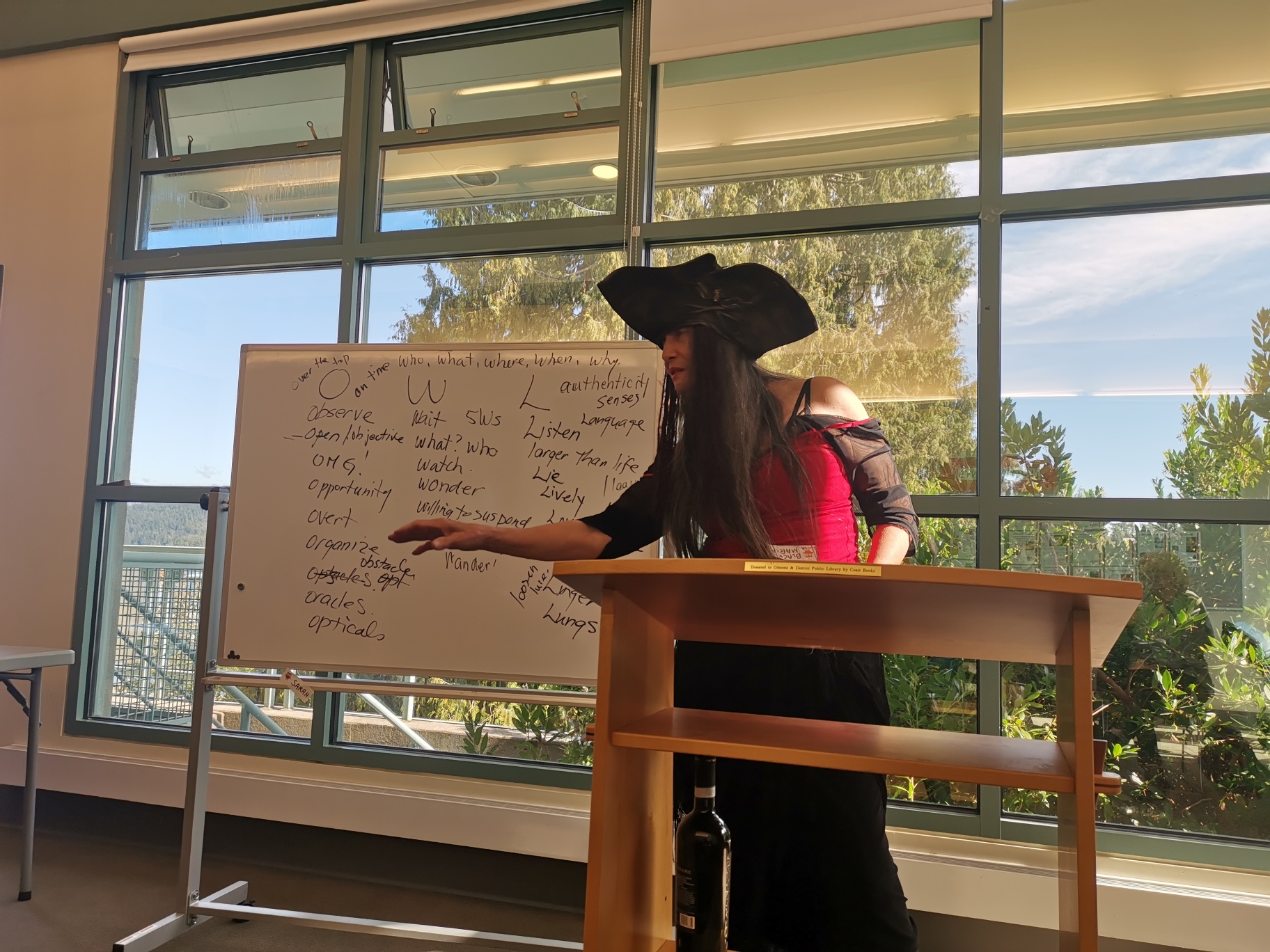 The highlight of our Tall Tale workshop was the way all 14 participants were prepared to stand up in front of the room and tell their story. They were magnificent! Two schoolaged children attended, one taking photos, and the other ready to join in when engaged by a speaker.

The Encompass Project team supported the presenter by each initiating one of the three storytelling styles: from Impromptu answering a question (preparation for a “Speakers Corner being planned), sharing a prepared story (new Readers’ Open-mic at the Library), and enacting a Tall Tale (Performing Arts and Encompass filming possibilities).

It was a nice surprise to see that the initial group brainstorming activity (using the OWL acronym to gather words related to storytelling) actually gave us a tool to provide feedback to each speaker. Words like “Ownership”, “Wonder” and “Lively”could be referred to by both the presenter and the audience in recognition of tone and content of what was experienced.

Support from Lise Kreps, the Library Outreach Coordinator, was key in the workshop’s success. She ensured that the registration list was managed by the library and that photorelease forms were signed. An Encompass member was the greeter. We had two registrants who did not attend, however, two unexpected ones who hadn’t been briefed by the presenter. One of them came dressed up as a pirate.

Starbucks donated pastries which participants ate between speakers rather than a break being called midway. Feedback from the participants later confirmed that a break might have discontinued the flow and engagement between each speaker. We ended on time without using a timer system for the speakers.

Facilitating the workshop was at times like being an announcer or Master of Ceremonies. Lesson learned: calling each participant ahead of the workshop to see what style they wanted to speak to of the three choices, paid off well. The learning environment had a sense of community as well as fun.

Thank you for the valuable experience the NSG gave us to support storytelling on the Sunshine Coast! The workshop experience created an opportunity to network with other interested storytellers in the community and to share several skills that we have been “honing, toning and owning” together in the Encompass Project over the past few years. 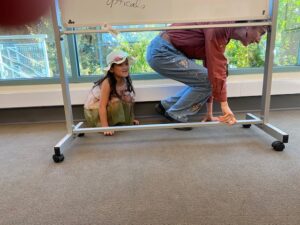 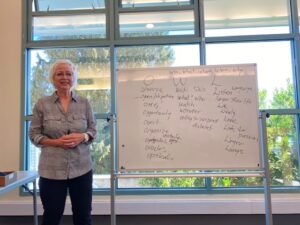 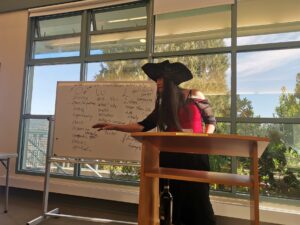 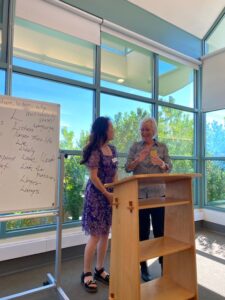 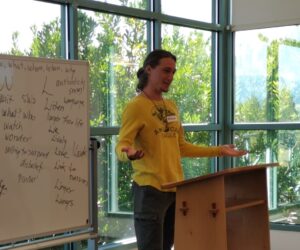