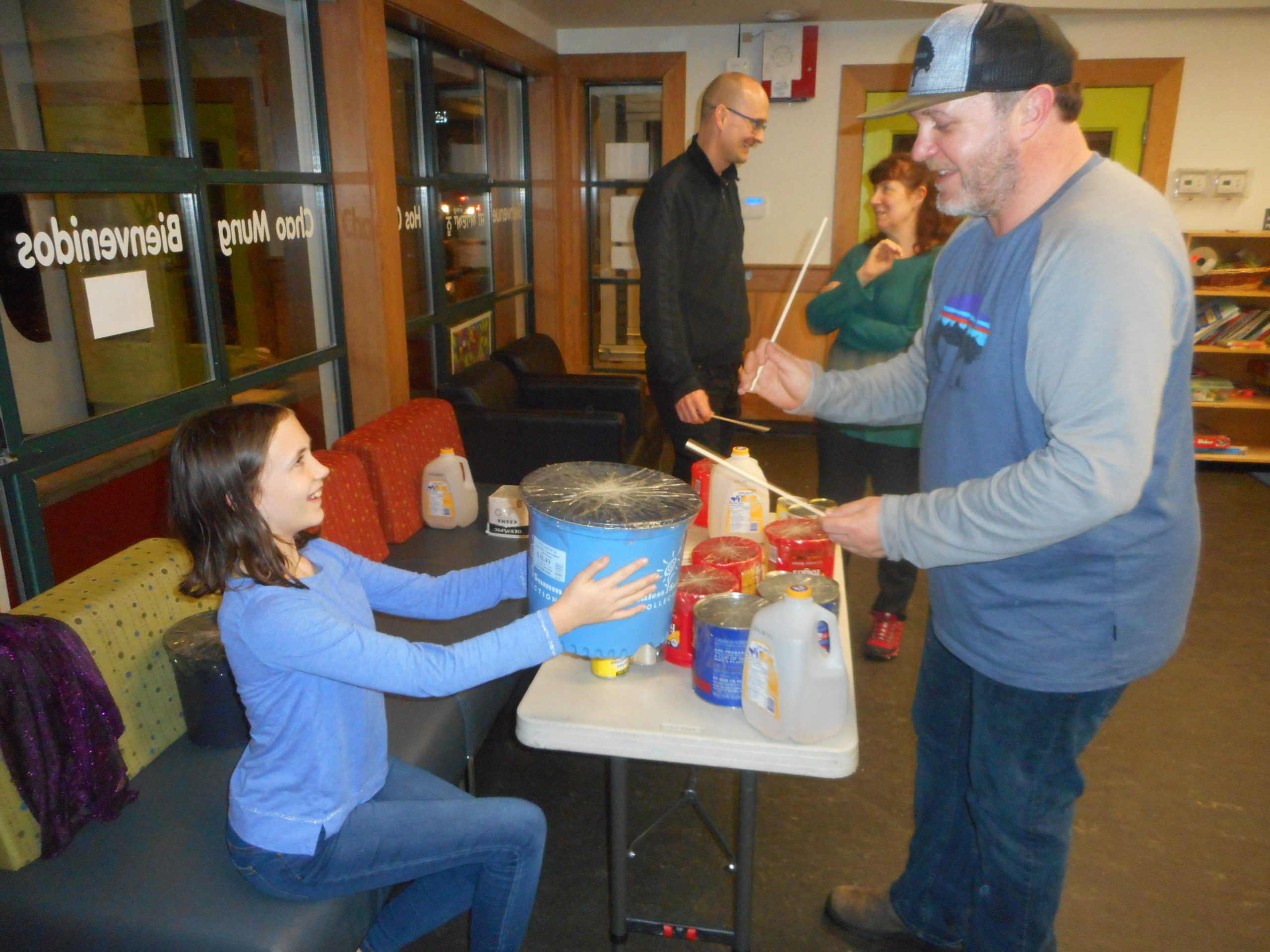 For a while now we have been thinking about the possibilities of music to bring people together, especially those from diverse cultural, religious and linguistic backgrounds. More than ever we need to reach out to one another and build community for ourselves and our children. For our grant we extended a general invitation to the community for people to come for an evening of impromptu music making followed by a community sharing meal. The idea was for community members from different backgrounds to spend time together initially learning to drum but then progressively learning about one-another. There was no requirement to have experience of making music on their own. For beginners, percussion music is the most accessible form of music-making since the techniques are readily acquired and the music is made almost immediately. In addition, there is something enthralling in engaging in music together and especially in rhythm sessions. This combination of emotional connectedness and approachability makes percussion the first choice for group instruction. In order to make the music more approachable we hand-crafted all of the instruments ourselves from household materials. The idea being that participants would be more likely to use the instruments and play them any way they wanted without fear of damaging a valuable item. To further reduce barriers and increase creativity no instructions of any kind were offered to participants: we greeted them at the door, offered name tags, pointed to the table of instruments and surrounding seats. Understandably there was a period of uncomfortable fiddling around but then the children jumped in and began beating the drums as hard as they could. After a few minutes of chaos and cacophony patterns began to emerge: people realized that they were playing in time together and even in different but complementary rhythyms. These discoveries led to further explorations as people changed instruments, paired off, grouped up, sat quietly to absorb the music or sang along. It was so gratifying to experience these connections being made over the hour long music jam session. Afterwards we shared our experiences at a community dinner and made plans to make music again.