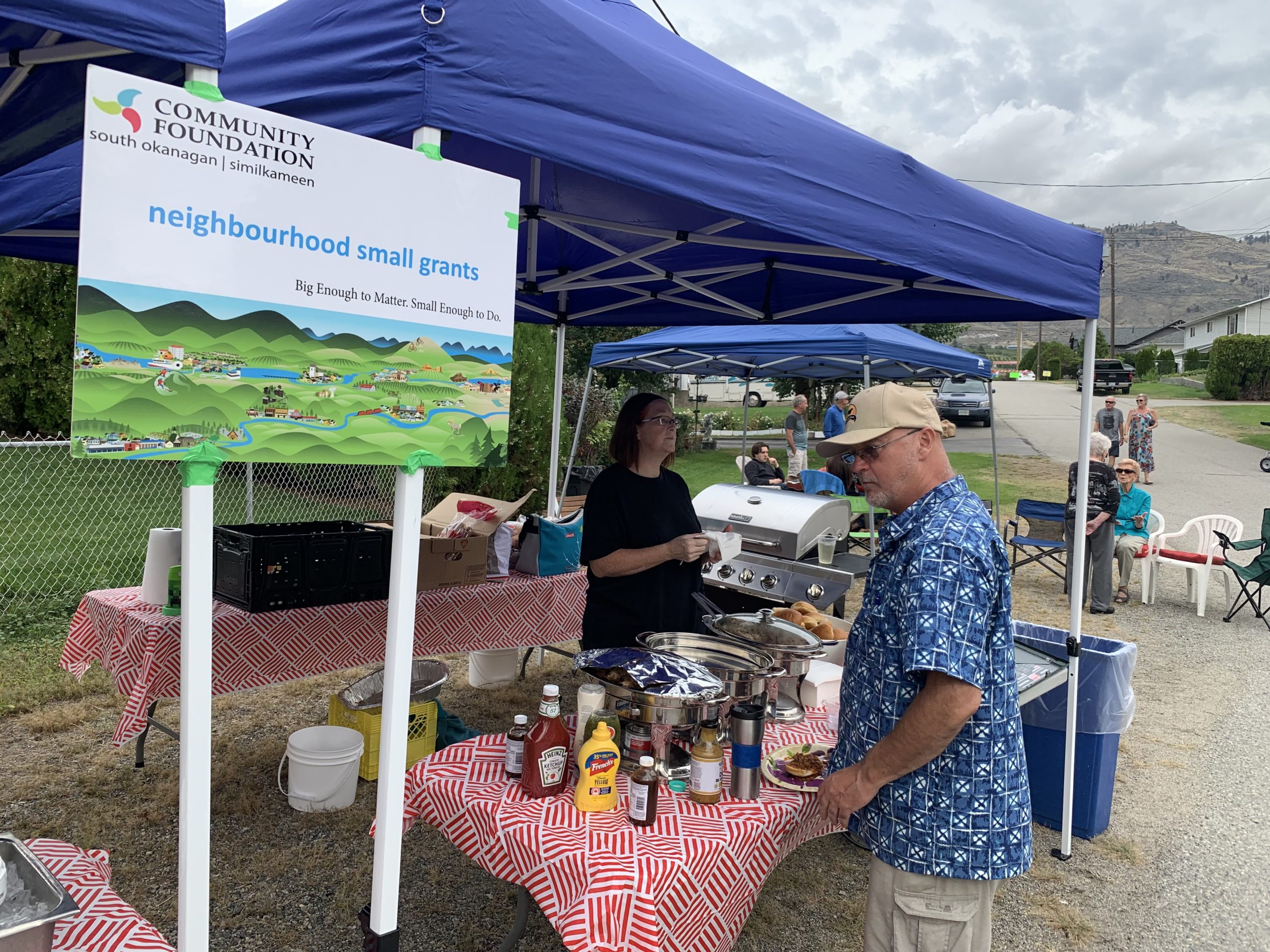 Willow Crescent “Get to Know Your Neighbours” Block Party

The Willow Crescent “Get to Know Your Neighbour Block Party” was a great success!  We had a fantastic week of weather in Osoyoos until the rain came in the day before and as per the weather forecast, didn’t look like it was going to let up for our party.  A few hours before setting up the rain stopped and held off until just after clean up…what luck!  The Willow Crescent neighbourhood was extremely appreciative and thankful to have the opportunity to come together and introduce themselves to neighbours they have only seen in passing as well as getting to know a bit better ones that they already knew.  Many neighbours had mentioned that they were talking about planning a block party over the years and were ecstatic to hear one was scheduled. This was a great way to start a new neighbourhood tradition!
The local Fire Department paid us a visit and for some neighbours who weren’t aware, one of our own is a volunteer fireman and brought the fire truck to the party for a Q&A.  We also had face painting along with giant games and lots of great food such as pulled pork, chili, hot dogs, salads and lots of treats. One neighbour said their family has been on the Crescent for a decade and still had not met many of the neighbours.  It’s difficult when many have hectic schedules and seem to be a passing face.  This block party really helped bring everyone together and give a tighter sense of community.  Many elderly neighbours joined in for the fun and it was amazing to be able to make these connections and look out for each other.
What a great opportunity and incentive the Community Foundation provides through the Neighbourhood Small Grants program to bring neighbours together!