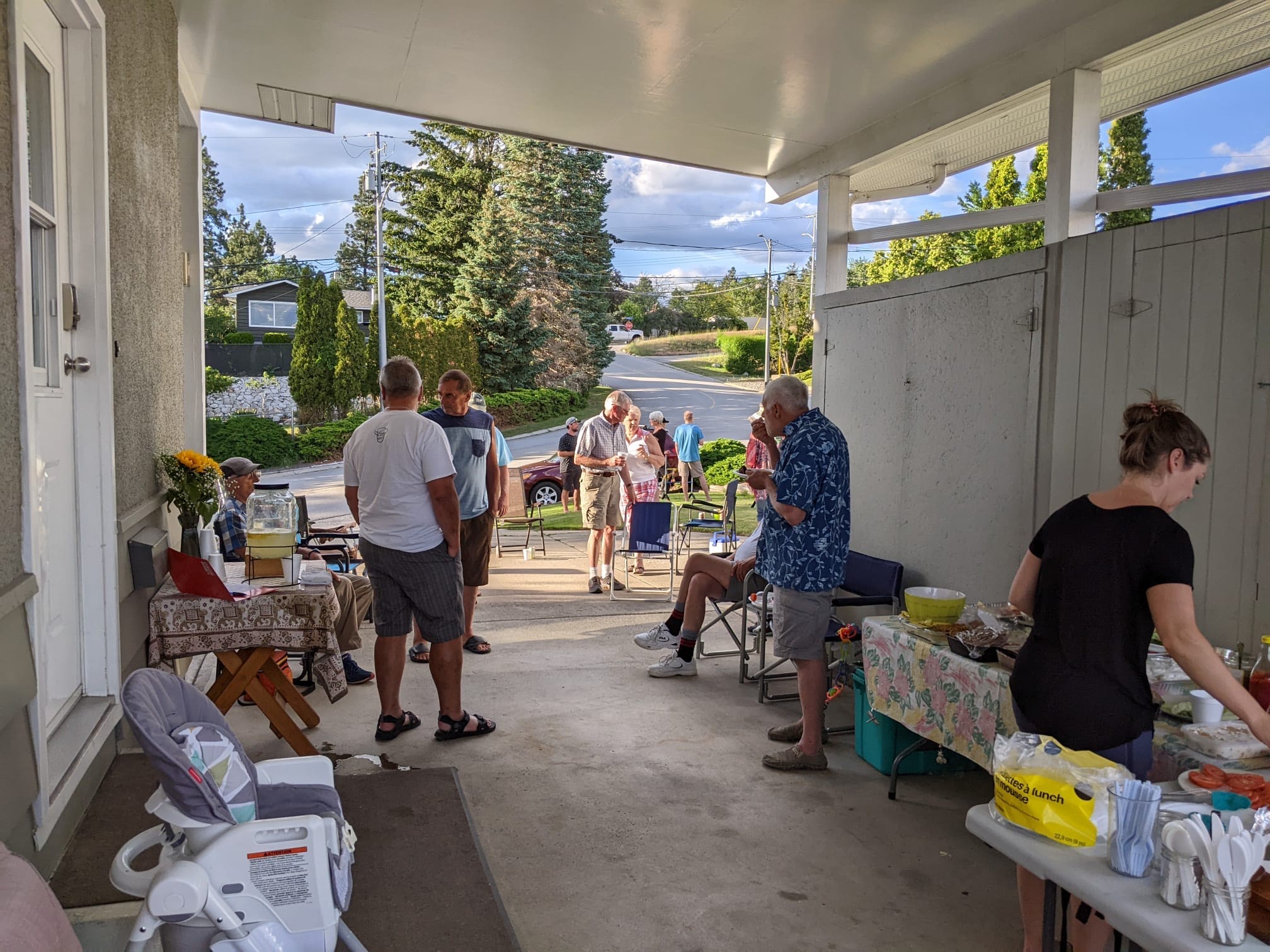 On July 9th, 2022, my husband Ian and I hosted our first block party BBQ on Woodlands Drive. The weather could not have been better. Twenty-six adults and children attended our home between 5:30 pm to 8:45pm. The BBQ was potluck style with residents bringing either a side or a dessert, while the burgers, hot dogs, condiments and drinks were provided by us. Parents and children enjoyed playing Bocce and Ladder Ball while neighbours mingled and got to know one another better.

We received great feedback. Something echoed by several residents was that this had been on their minds to do for a while, but no one had made the first move. Residents were appreciative and said that although they had seen other neighbours in the area, and may have waved in passing, many had never taken the opportunity to meet and learn names. We were congratulated on hosting a successful and enjoyable neighbourhood block party. The highlight for me was meeting a 19-day-old newborn who was proudly accompanied by his parents who had very recently moved into the neighbourhood.

Since I am a mother of a 9-month-old, I kept preparation manageable with simple food prep, set up and instructions for residents to contribute. I was glad to have had the help and support of my husband and neighbours who offered extra hands, tables, and food. I was especially glad that I chose to hand deliver the 27 invitations to our neighbours so that I could connect, and attach names to faces. I think the personal invitation process was impactful and lead to many neighbourly conversations prior to the event, with people that were unable to make it.

My husband and I are eager to make this an annual event since it was so well received, and now we have some purchased items, thanks to the grant funding, that will furnish many more gatherings to come.