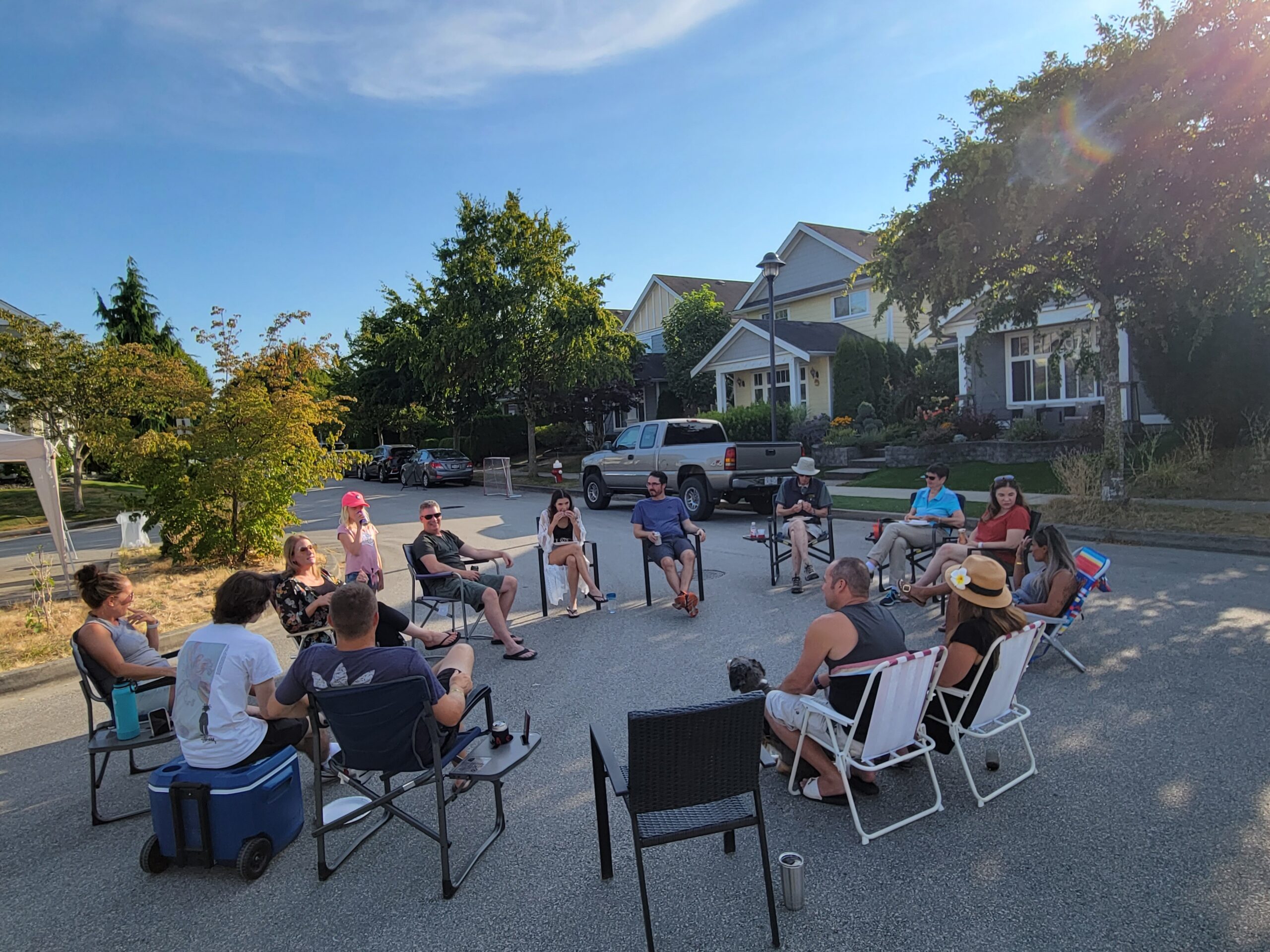 The original idea was to revamp a piece of City land that surrounds a parking area in our cul de sac into a seating area for the neighborhood kids and adults alike. We had planned to arrange a volunteer work party and have a BBQ at the same time.

Our friends at NSG quickly pointed out as it was City land we would need permits and City involvement. Due to anticipated time delays and possible costs we were going to give up but the NSG people and for us in particular Summer Zheng, were able to support the second part of our application which was a neighborhood party to bring everyone together.

Our neighborhood has a block watch and we decided to link our party along with Blockwatch recruitment. An engaged neighborhood that communicates is a safer neighborhood.

We were able to divide up tasks and using our Blockwatch connections quickly coming up with a plan.

We had one of the neighborhood kids develop a flyer and used other kids to drop off flyers for our event which took place on August 20, 2022.

We had our budget at $300 and we’re able to provide burgers and hotdogs, along with fruit and veggies and snacks for all.

We had several BBQ and tents set up in the street and marked off the area with some dividers to warn cars to slow down and be aware.

We used the opportunity to promote the Blockwatch and were able to sign up more people as well. Richmond Block watch even gave us some swag to promote the program.

It was a beautiful summer afternoon a d we went from 3pm until dark. Lots of getting to know each other and realizations that there really are 6 degrees of separation. Kids playing in the same league, going to the same school.

The kids played street hockey and basketball and the kids ranged from 5 to 20 years old.

At our peak we had over 20 adults and 20 kids mingling. 20 somethings, 30 somethings, 40’s, and some well past retirement all sitting together and enjoying the time together.

We wished we would have gotten even more people out, despite flyers to every house about a third of the street made it out. Of course being late summer many people were away.

Grant or no grant we finished the night commiting to doing it again next year.