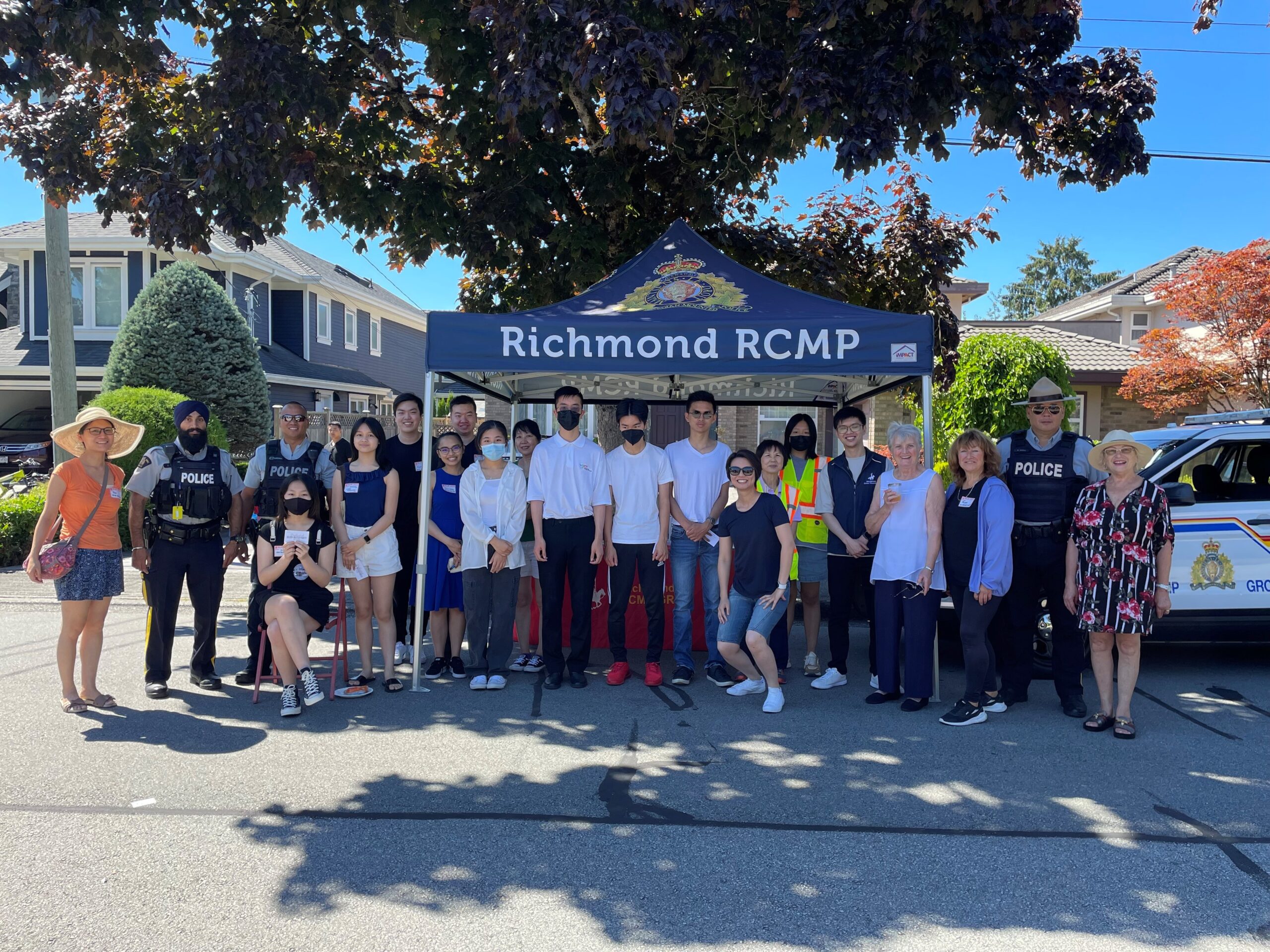 For the first time, our neighbourhood hosted an outdoor party that gathered over sixty individuals. On August 6th, 2022, the typically quiet neighbourhood was transformed into a lively scene filled with people enjoying the food, games, live music, and most of all, each others’ company.

Thanks to the Youth Neighbourhood Small Grant Program, we had a grant that went towards purchasing prizes for the games and the food for everyone to enjoy. The Bel Canto Initiative, a community band organization consisting of passionate youth near this neighbourhood, came to play music. In addition to the neighbours and the band members, four police officers and five members of the Block Watch community engagement team came out to interact and connect with the neighbours.

A team of ten youths organized this bustling event. We met up on three occasions in backyards to discuss and plan the party. During those planning sessions, we have also bonded and became friends with one another, when prior to meeting we did not even know that our neighbourhood had that many youth.

At the party, one of the issues we had was that it was difficult to have all the neighbours sign the required media consent forms. We had registration tables on either side of the street on the sidewalk. However, when there were vehicles parked along the sidewalk, neighbours could not clearly see the sign-in tables. Our solution to this problem was to have the youth volunteers walk around the party site holding clip-boards to ensure that everyone had signed the forms and had received name tags.

From the planning process to the execution of the event, we learned how to run an event as a team and how to evenly distribute tasks. The youth volunteers managed their time to lead the games and to interact with fellow neighbours. We acquired new skills that will be useful in the future such as event planning, logistics, and community engagement.

The youth in our neighbourhood were able to contribute to the community in this way by helping to organize this inclusive Block Watch party.

Overall, this event was successful and our objective of enhancing neighbourly connections was achieved. By spending the bright summer’s day together, people met with some of their neighbours that live in close proximity, yet they have never interacted before. Contacts were exchanged, conversations were started, kids were filled with laughter. This positive neighbourly bond would ensure that everyone watches out and takes care of each other. From a quiet, distant relationship with each other to a friendly, caring connection, this project made it possible.