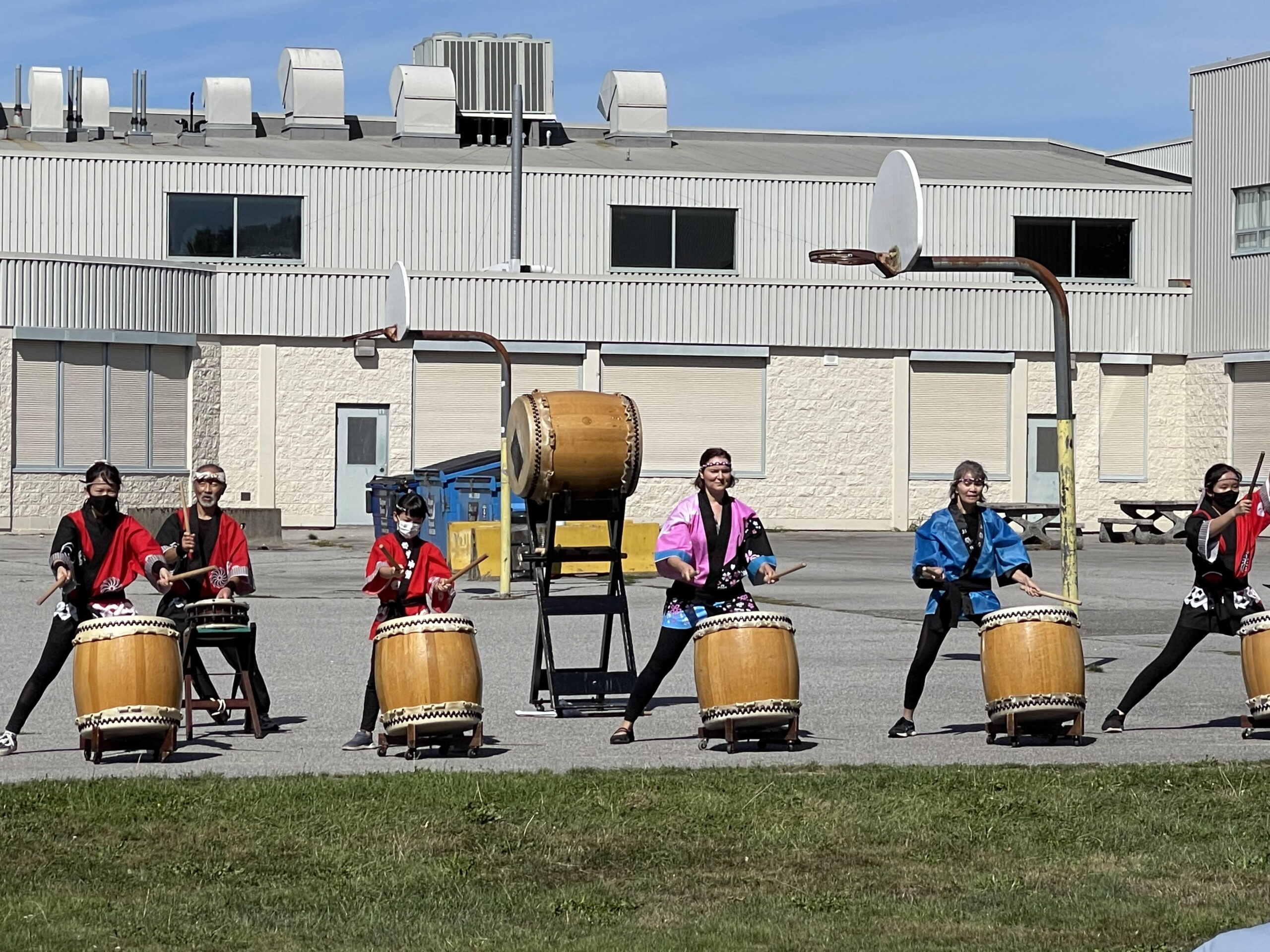 This was a great mulicutural project during the pandemic. It helped to bring the community out of their homes and have a sharing of positive Asian culture through Japanese Taiko drumming. Taiko sessions were led by Doug Masuhara from Tetsu Taiko and GO Taiiko. A special performance was also presented by members of GO Taiko and Taiko 55. The workshops and performance were held in the outside grass area right behind South Arm Community Centre in Richmond. Permission to use that space was approved by the Community Centre. The main advertising was done at the Steveston Maritime Festival. Too many people registered and I didn’t want to disapoint anyone so I ended up doing two workshops and asking the taiko groups to perform. In deciding to allow more people to participate, it took more of my time to organize everything. One workshop would have been so much easier. With the restriction in numbers due to covid protocals, I had to make sure that not everyone went into one workshop. I also lost some people because of the adjustment in workshop times. In the end I had 19 in the first workshop and 16 in the second. My limit was 20 people so I was happy with the turn out. This event was held on a Sunday afternoon in late August. We were lucky to get a nice sunny day. The backup plan would have been to postpone everything to the following Sunday if weather was bad. The workshops ended up being more than hour and had a mixture of kids and adults. Feedback from participants was very positive and several asked if there would be another session next summer. All covid protocals were followed. Equipment was sanitized between workshops, drums were social distanced, masks, hand sanitizer, wipes, and gloves were available. A Contact Tracing attendance list was also set up. What I learned from this experience is that people were very happy to be outside and trying something new. Covid had kept people indoors and not able to do many hands on activities. Taiko drumming is very unique and has the ability to attract people to it. I was very happy to finally be able to something taiko related as well. Thank you Richmond Cares and The Vancouver Foundation for this wonderful opportunity. Domo Arigato !! DM
{Post Image:11}