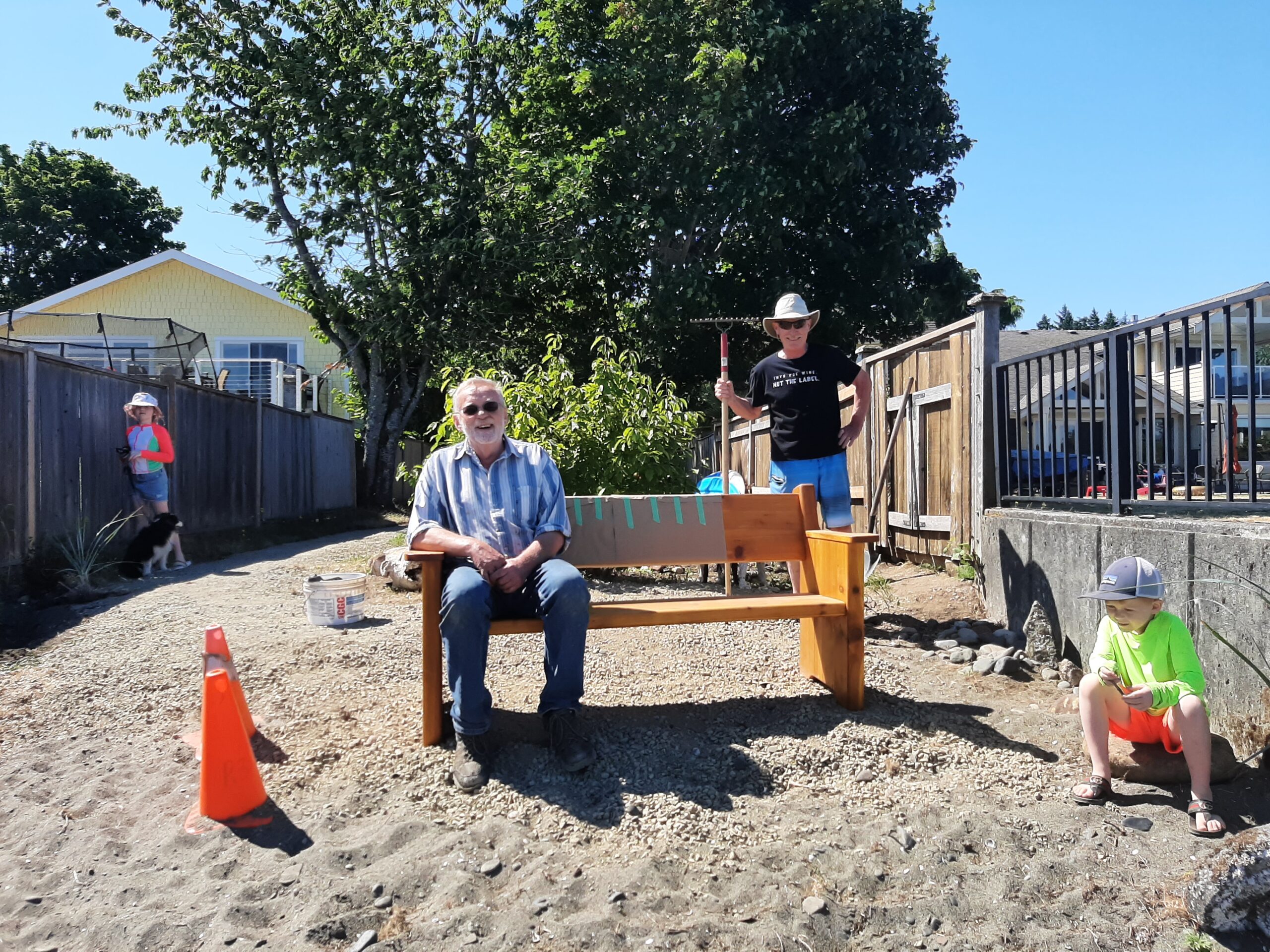 This spring we were fortunate to receive a Neighbourhood Small Grant for cleaning up and beautifying a small beach trail in the Shangri-La area of Lantzville. We reached out to frequent users of the trail, who reside in the immediate area, to elicit their help in trail cleanup. We had a very positive response with 25 people from ages 7 to late 70s assisting with this project in various ways: removing invasive plants, removing garbage, preparing the trail for adding crushed rock, assisting with the laying of the crushed rock, planting new native vegetation, ongoing watering of plants and maintenance of the trail and preparing the ground for the placement of a bench. Most of the work was conducted over three consecutive Saturdays and additional work was done in the evenings. As word got out about our project, residents further afield than our neighbourhood helped out, as did relatives of several long-time residents.

Once the trail was cleared, we began planting wildflowers, drought-tolerant indigenous shrubs, a Garry Oak tree and numerous grasses. One of our artisan neighbours designed and constructed a beautiful bench with local wood. This was placed at the base of the trail to maximize on the ocean view. A plaque commemorating our longtime residents was installed on the bench. An “unveiling” ceremony was held in which over 40 family members attended. It was a very moving event in which stories were shared, former residents commemorated and information provided on the history of the area. It was a time to remember residents who have lived in this neighbourhood before us and to acknowledge their past contributions to the well-being of this unique neighbourhood. This was one of the highlights of our project.

In September, we hosted a community get-together to say thank you to those who contributed their time and labour to this project. We had an assortment of delicious food and a Folk Dancing demonstration for entertainment.

Though our trail will require continual maintenance and attention, one of the “unintended consequences” has been the phenomenal community cohesiveness that our project has created. New friendships were forged, old friendships were rekindled and a sense of community has been strengthened. We believe we have the momentum to organize similar, smaller working bees in subsequent years and that this project has built-in sustainability. We are very appreciative for the seed money that this grant provided. The benefits have been immeasurable!