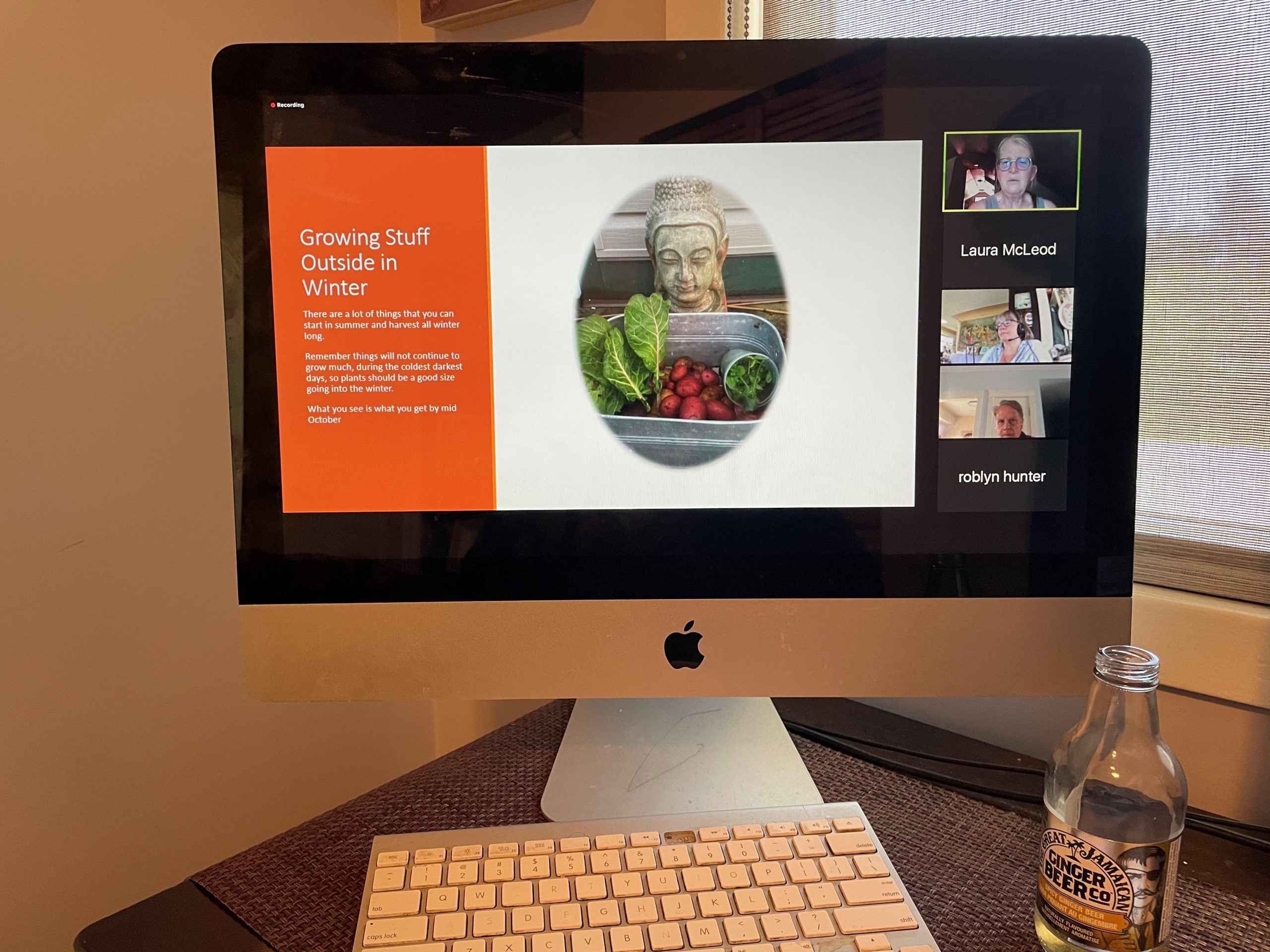 On June 20, 2021, 11 enthusiastic gardeners from the community of Harewood joined an online Zoom session to learn how to prepare for a successful fall/winter garden yield.

Led by horticulturist Connie Kuramoto, the two-hour session provided an extensive overview of how to build soil for a successful winter garden, touching on the importance of incorporating organic matter, using no-till methods and strategies to build up beneficial soil organisms, such as cover cropping.

The session was intentionally held on the summer solstice, also known as the first day of summer. Summer solstice gardening is a great way to extend the season, Connie noted, because while it’s too late to start tomatoes or other long-season crops from seed, it’s just the right time for autumn crops such as beets, Brussels sprouts, parsnips, turnips and more.

The methods Connie suggested are both grounded in science, but also immensely practical and low maintenance. For example, she recommends digging as little as possible so as not to disturb mycorrhizal networks in the soil, leaving roots crops in the ground to decompose and therefore improve soil vitality, and focusing on attracting beneficial insects rather than obsessing about pest control.

The group very much appreciated Connie’s down to earth approach, and was excited and invigorate to start their own fall/winter crops! They also appreciated receiving a copy of Connie’s presentation and a recording of the session for future reference.

As with most events, there were some unexpected challenges that arose. It was hard to find a day that worked for everyone so attendance was lower than what was anticipated. As well, there were some technical issues resulting in the session getting started a bit late, and there were more slides than available time. In retrospect, it would have been a good idea to practice timings ahead of time, and to also make sure that both instructor and organizer were listed in Zoom as co-hosts, so there were two people who could have helped with technical challenges. Overall, however, it was a highly successful event.