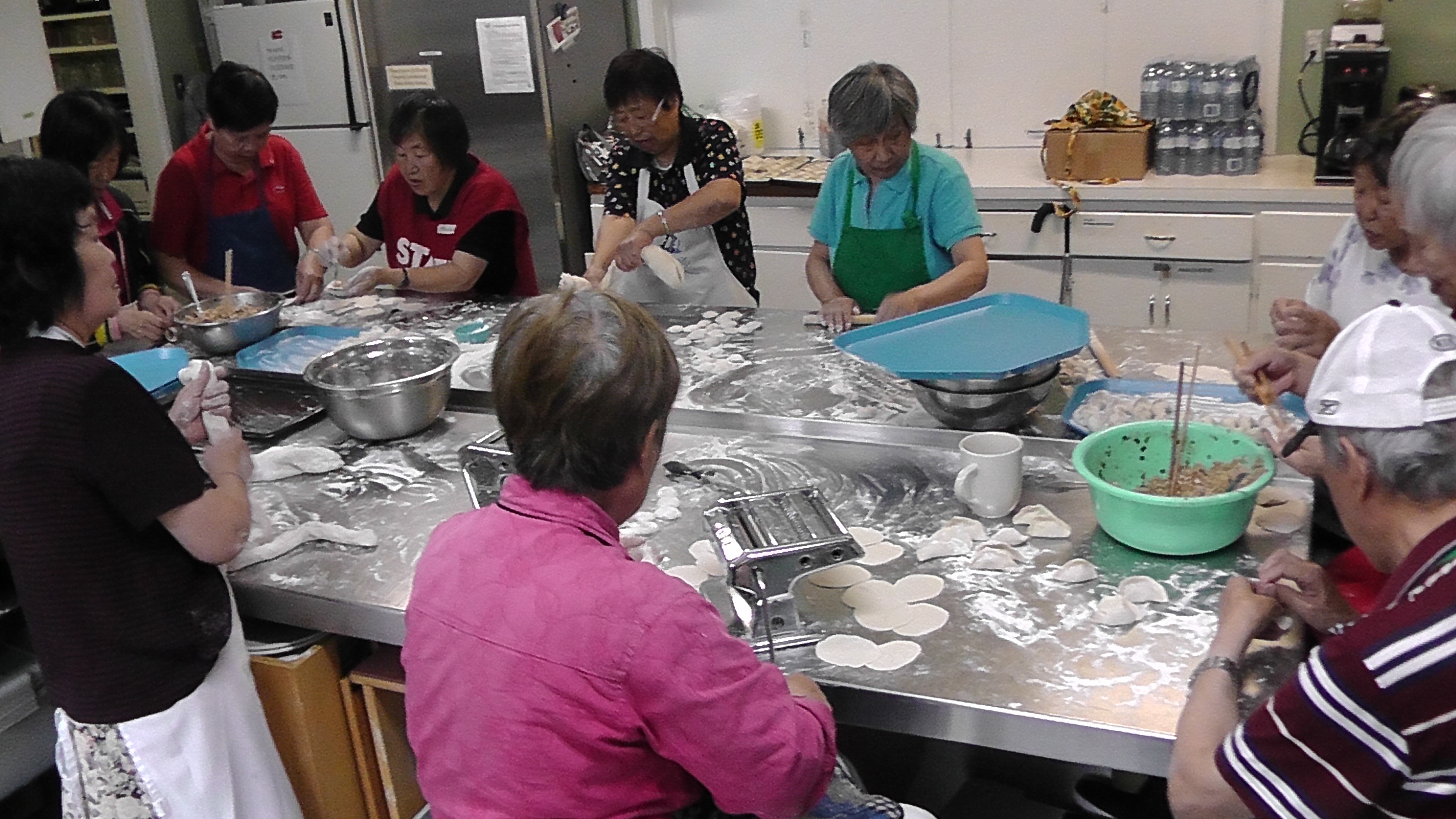 The scene that moved me. This is what I want to share with everybody first.
As I arrived the event hall 30 minutes before the beginning of the event, I was surprised and moved by the scene—there were already 15 volunteers who willing to make dumplings for my event working around the big table in the kitchen. They were making dumplings. Some people were making dough, some were making the stuffing, some were making the skins, and some were putting the stuffing on the skin to make a dumpling. They were very busy so that they did not notice me appearing there. They had to make over 700 dumplings for my event that morning. Because there is no enough space for all 70 people working in the kitchen, just 15 people were chosen to making dumplings.
For my event, they come so early, worked so hard and no any complains.
I was deeply moved, and this scene should be deeply left in my mind.
Then I tell everyone that there were over 70 people attended my event.
I think because the project I planed was very nice. People were very interesting in my project after they knew the information of my project. Therefor there were too much people to want to come. I just agreed 70 people to come because of the mount of the money.
Also, the reason of my event success was that in addition to dumplings, I prepared enough other food, snacks and drinks for people in my event.
Next, I launched people to make fun in the event. This was one reason of the successful of my event.
Last, the big support was the NSG—Vancouver Foundation. If there is no NSG, there was no any success for my event. So I am very grateful to Vancouver Foundation.