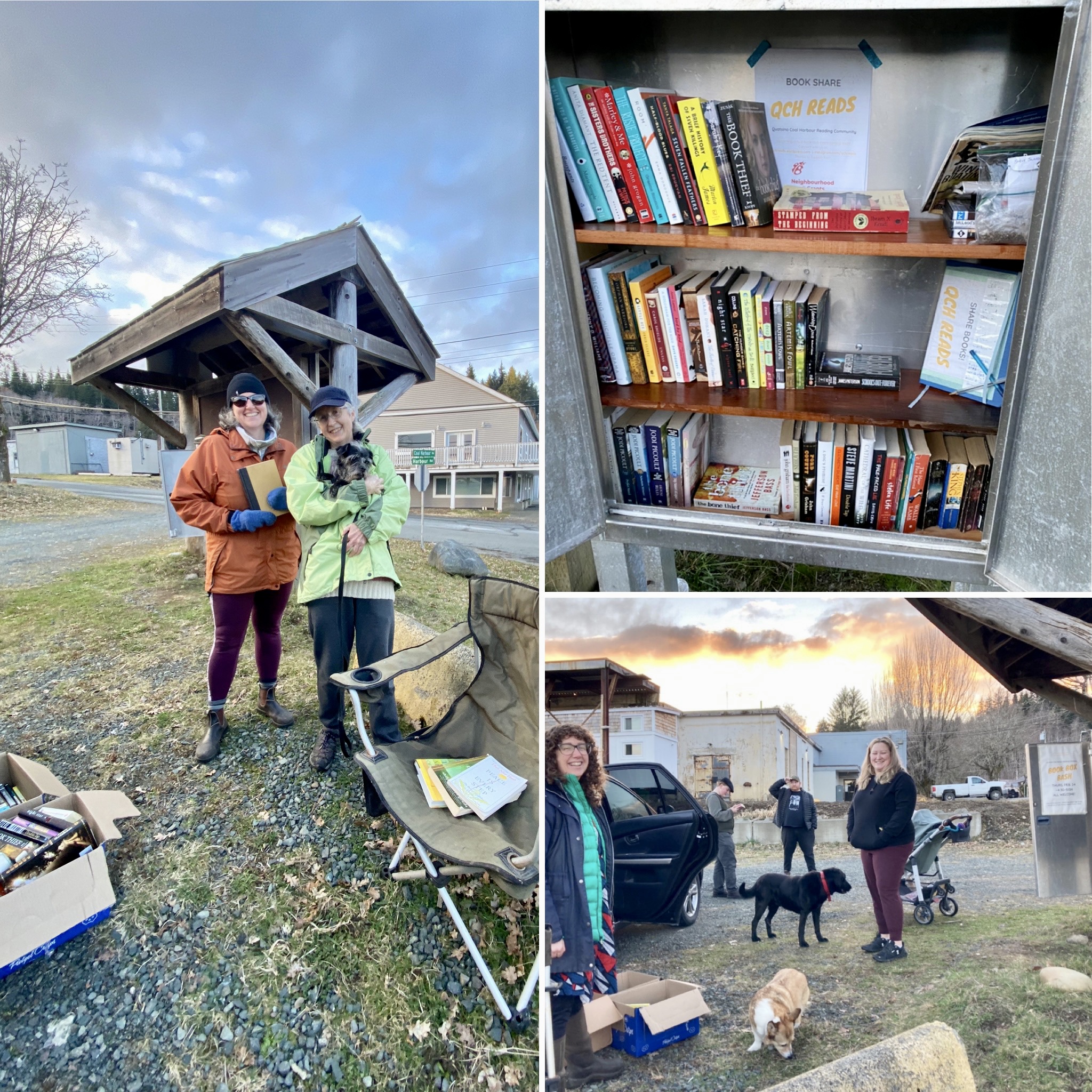 This project involved purchasing new and used books for community members of Quatsino and Coal Harbour.

The QCH Reads project initially started with the creation of a website, online survey form, social media account and signage that was posted virtually as well as printed out and physically posted in our local area. Neighbors were canvassed to share their favourite genres, authors or particular books. Direct conversations were had about readers preferences as well as comments collected through a notebook stationed at our local book share box. Additionally, people gave their book suggestions online through the project website, social media and email.

After receiving feedback from a variety of readers with diversified interests, a book hunt commenced guided by the community requests. Numerous thrift stores, book shops selling new and used titles, and other retail locations were visited to gather a selection of over 130 relevant books.
An inaugural ‘Book Box Bash’ was then planned to be held outdoors around the community book box where the new selection of books could be distributed. Posters were created and added to the community bulletin board, the book box, as well as posted online (community facebook group, project website and social media account.)

The ‘Book Box Bash’ was held in late February and had 6 different households attending with a total of 11 people and 3 dogs. At the bash, neighbors could freely choose books from the fresh stock and some titles were handed out directly from specific requests. People discussed authors and books they were familiar with and happily chatted generally with each other despite cool temperatures and a light sprinkling of rain. At the close of the event, people left with their new stacks of books plus about 50 books were added to the community share box available for others in the area to take at their convenience.

A second ‘Book Box Bash’ will be taking place at the end of March to make another 50 titles available. Many thanks go out to Neighborhood Small Grants for supporting this project- we have been able to connect our neighborhood readers and inspire many in the community through the funds provided.