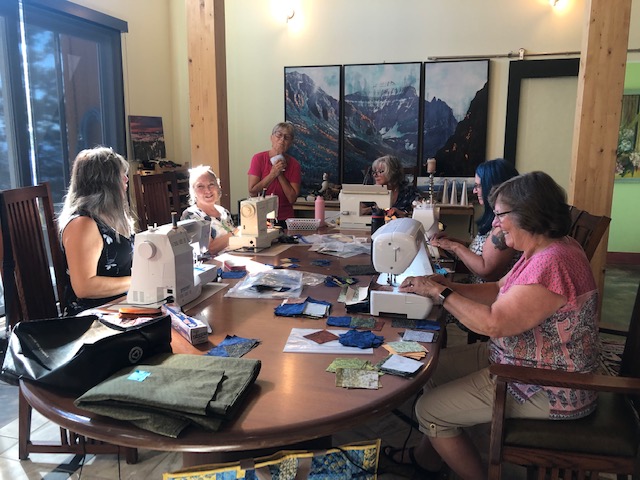 Some people think that cutting up perfectly good pieces of fabric to sew them back together again is illogical.  Well, thanks to the NSG, a group of 18 quilting enthusiasts on Anarchist Mountain did just that.  Starting in July 2022 with a Facebook invitation, our group came together and ultimately spent more than 300 hours designing and creating a queen-sized quilt.  While some members cut, others pressed the fabric and still, others sewed the pieces back together.  Ultimately, a beautiful quilt that reflects the beauty of Anarchist Mountain was completed.   The group has donated the quilt for a draw with proceeds going to the Anarchist Mountain Fire Rescue Society.

Meeting on almost a weekly basis for 3 months, the members of the group drew closer together.  Old acquaintances were strengthened; new friendships formed.  Quilting and companionship weren’t the only highlights of the get-togethers.  Each time the group convened, various members brought “show and tell” items related to sewing or quilting.  What fun we had seeing the originality and talents of our neighbours.

In early December, the group held its wrap-up potluck, showing that these members were awesome cooks as well as quilters!!  Discussion following the potluck concluded with a commitment to reconvene in the New Year in order to plan future projects.  This group shows no sign of slowing down!  Thanks, Neighbourhood Small Grants, for creating the opportunity and for supporting our community.

Patricia and the Quilting Neighbours on Anarchist 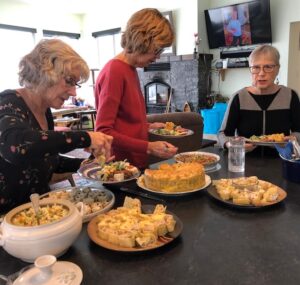 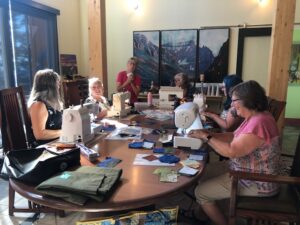 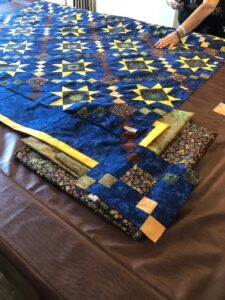 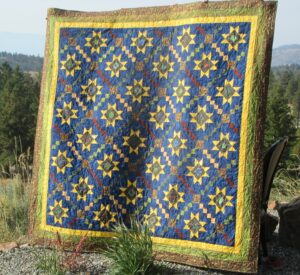