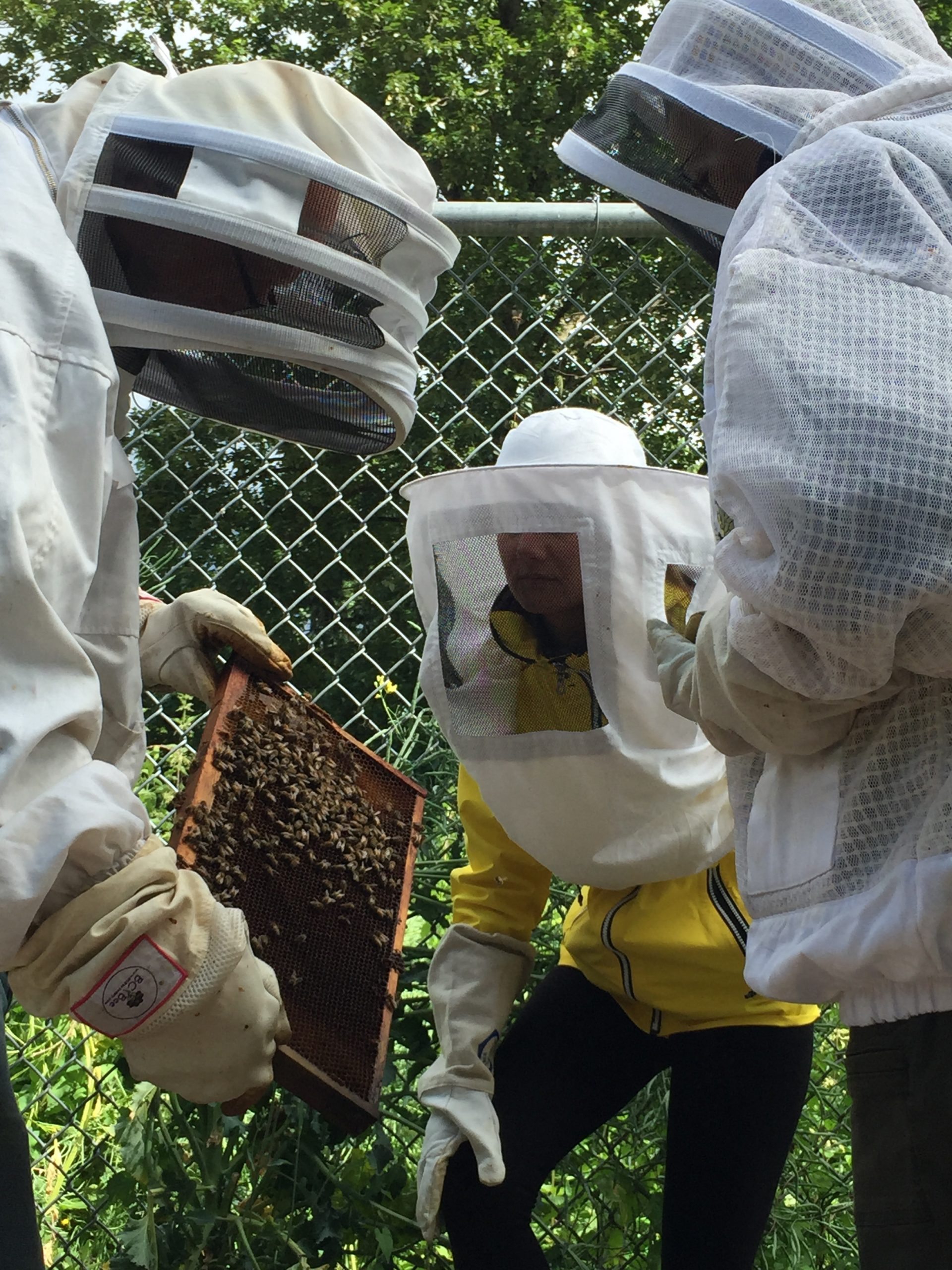 We applied for funding which would cover about half of the cost to establish three new hives. We ordered and bought three nucs (which include a queen, worker bees and four frames of honey/brood cells. These got started in April and proceeded fairly well with queens laying eggs. After about three weeks we confirmed that one queen in her hive was not laying but still present. The other two hives were doing well. Gradually the non laying queen hive collapsed despite efforts to rear a new queen from introduced brood cells.
Meanwhile we now have two strong hives which will soon be preparing for winter conditions
During these last five months 7 beekeepers (learners and qualified) have followed the hive progress with weekly inspections, mite assessments, feeding, equipment maintenance and caring for the pollinator garden.