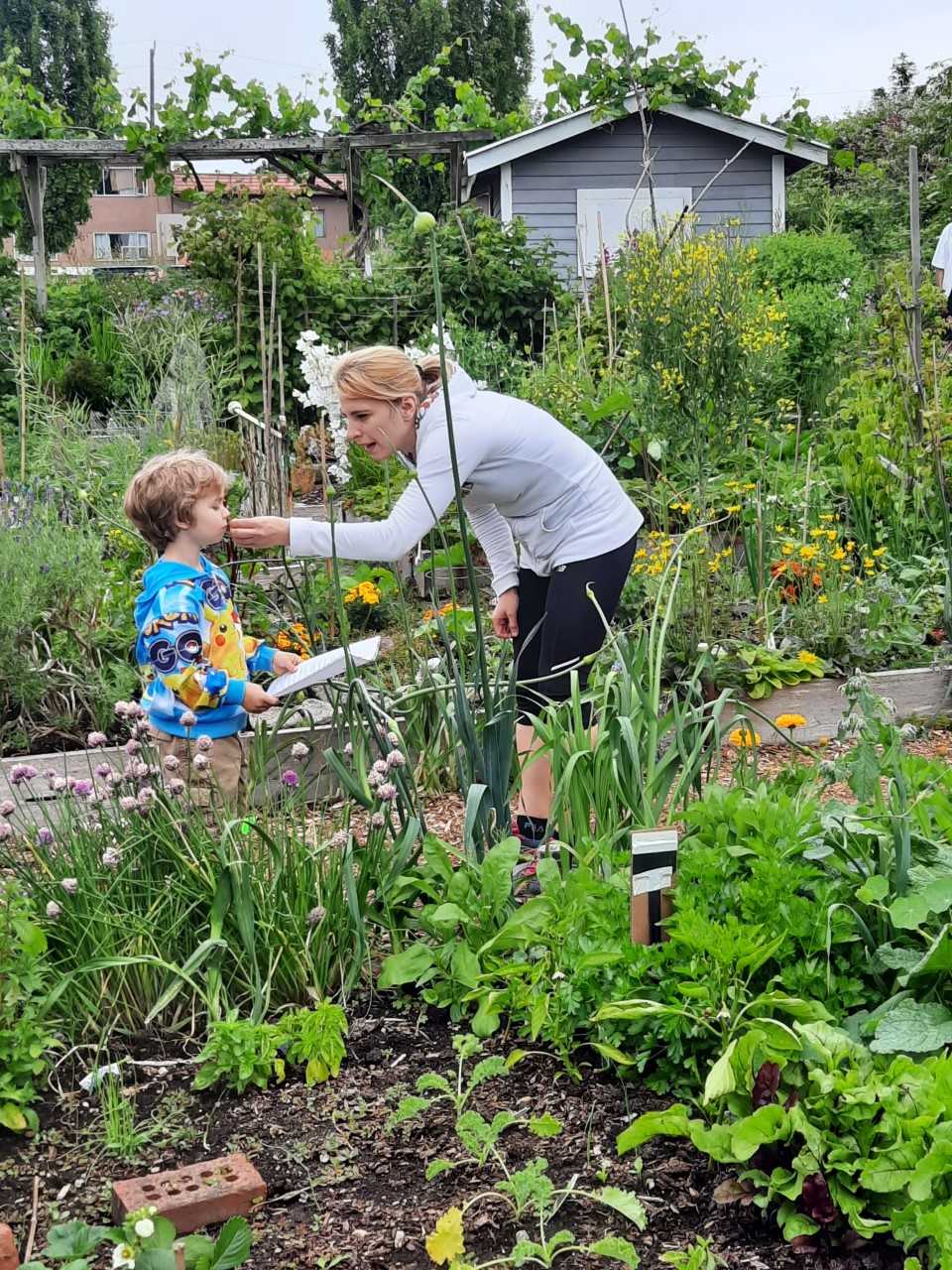 We limited registration to very local people by advertising to garden members and through laminated signs visible to people walking through the Garden as part of their normal days.

We had never required pre-registration for an event before this one, though we could understand that this was necessary to limit numbers under the pandemic circumstances. Our concept was that families would move through the garden looking at plants. Since the movement had to be one-way to limit contact we beforehand planned a route with several interesting plants for observation. This proved to be easier than anticipated. We realized for example that even the familiar carrot comes with the interesting fact that the eating part is underground, so a garden member stood well back in the plot and on request showed a carrot complete with the feathery green top and familiar orange root.

The requirement for the contact list, the masking and hand sanitizer, and the one-way pathway through the garden were easier than we anticipated because by June 19 these measures were commonplace everywhere so no-one challenged them.

In the advertising poster the Garden gmail address was given as the registration point. In retrospect I would have used my personal email because some registrants used that anyway so I was dealing with two lists to allocate times. Suggested age ranges might have been desirable though the poster graphics worked well to get across the message of who would enjoy the event.

Almost everyone came with their own masks so the packages I bought in preparation were most used, so I still have them for my own use. Some unexpected outcomes of the health rules were that one of the gardeners wore a cartoon mouse mask to the amusement of the children, and the person handing out gift certificates gave them out with a dinosaur long-handled tongs.

Most of the grant money was used to pay a local café owner an amount equal to the gift certificates I printed on my home computer.. Giancarlo at la Caffe Fontana has been supportive of the Heights Community Garden, turning his café over for our AGMs, so it was a pleasure to be able to support him through this time. He promises to honor the gift certificates whenever they are redeemed. The balance of the grant money was used for photocopying and laminating.

The dry and cool day was perfect for this outdoor event though I’m confident it could have happened under umbrellas if necessary. Next year when (we hope) people are more able to mingle perhaps we’ll have a traditional styled Scavenger Hunt!
{Post Image:11}