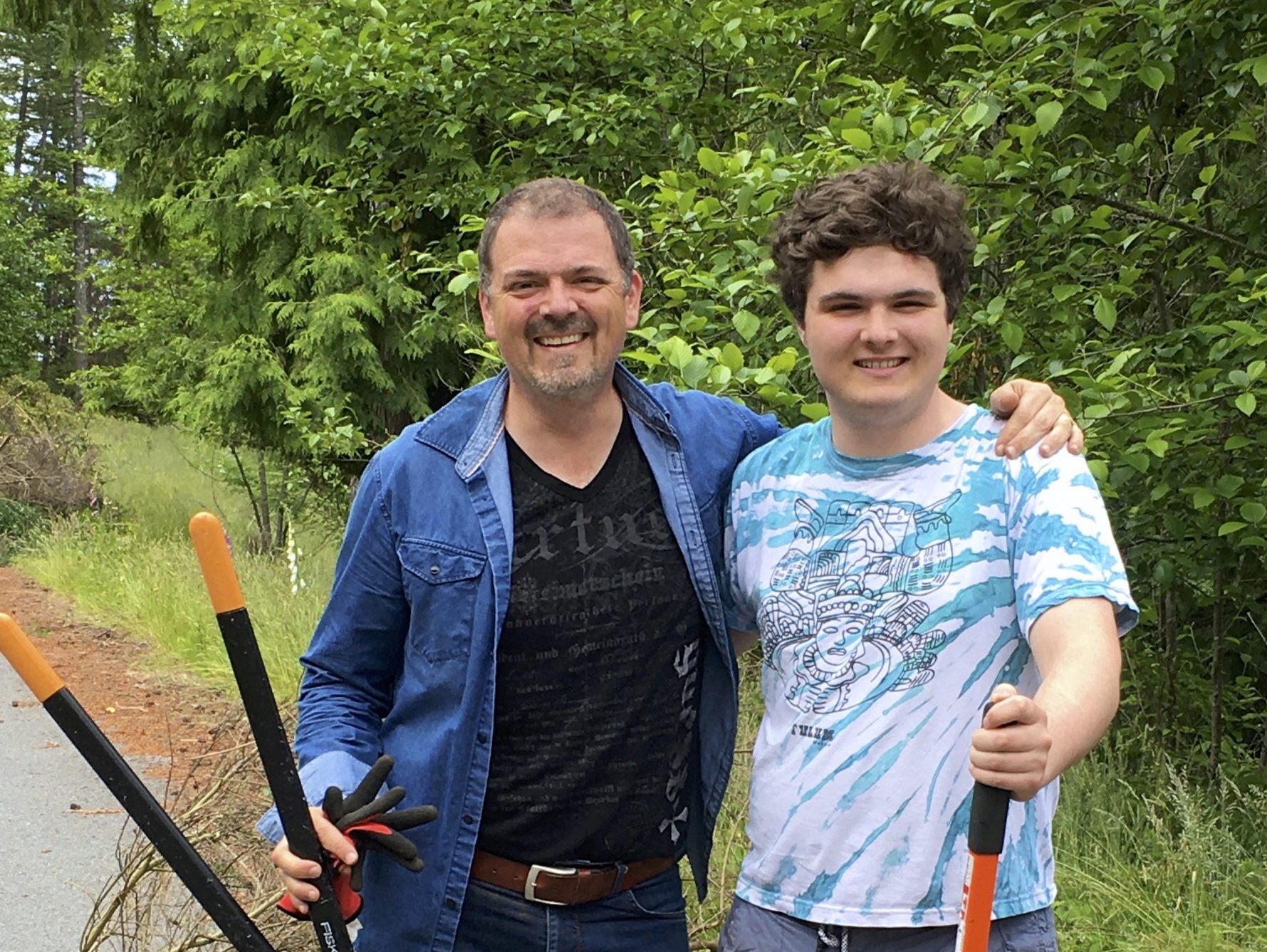 It’s astonishing what 26 people, working “together but apart” achieved in only two days in late May 2020. Participants reported that the project was also a social success. Our work to remove invasive plants from natural areas turned out to be an enjoyable way to gather in a time of distancing. Neighbours found it invigorating to work together on a goal that can only be achieved by a team with a vision and a plan.

TEAM BROOM vanquished the majority of Scotch Broom from roadsides and steep slopes, often hacking through blackberry to reach the broom. In one area, broom removal resulted in dramatically improved water views from the road.

TEAM HOLLY extractigated, chain-sawed and dragged hundreds of English Holly trees, many of them big and heavy, out of the public beach path area. As tall hollies fell, new light poured into the ravine—stimulating new growth of native plants.

TEAM BLACKBERRY made some impressive surgical strikes throughout the neighbourhood, including around several of the entrances to the public path to King Edward Bay Beach and along Emily Lane.

King Edward Bay’s project touched all the Responsive Neighbourhood Small Grant goals. We connected socially in a safe manner during this pandemic, shared our (considerable!) skills and knowledge with each other, and celebrated the diversity of local nature and our neighbourhood. Enthusiasm run high for future projects, with plans to continue working together to reduce invasive plants in our neighbourhood.
{Post Image:11}