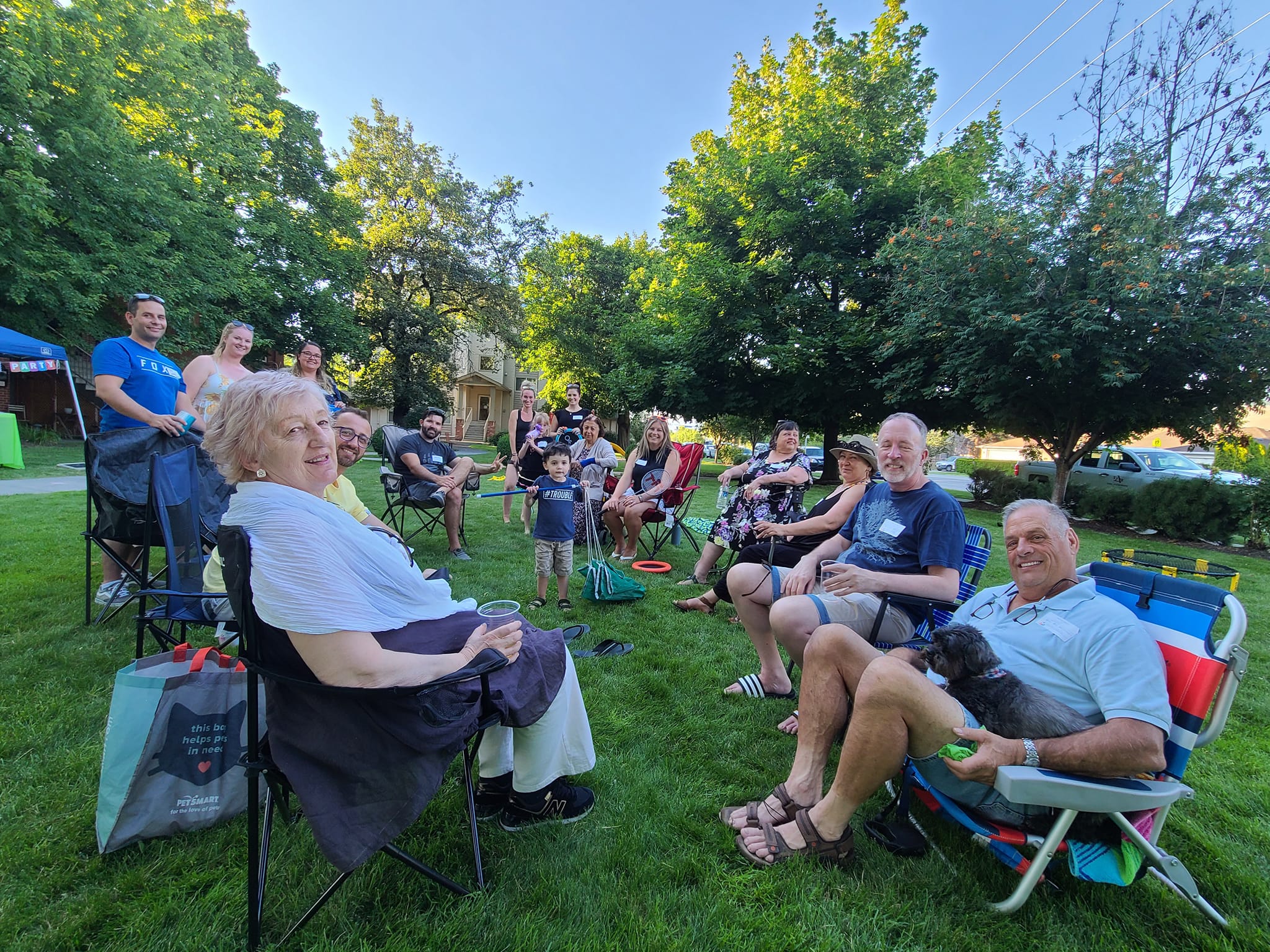 With COVID-19 restrictions finally eased, our neighbours were eager to reconnect and get to know some new neighbours. One thing that was brought up by several neighbours was the desire to have lawn games or activities that neighbours can access to supplement neighbourhood social gatherings. With the help of the NSG grant, we purchased a rolling hockey bag and filled it with lawn games and outdoor activities that neighbours of all ages and abilities could use with their friends, family, and neighbours around the complex. Games and activities are a great way to break the ice between neighbours and is something that supports ongoing neighbour connections and recreation. With the input of several neighbours, we purchased bean bag toss, bocce, giant jenga, spike ball, giant card match, a badminton set, ring toss, and OgoSport disk set. Neighbours also donated some nametags, bubbles, scoops, frisbees and sports balls towards the kit. Once the Meet our Street Activity Kit was complete, we organized a pot-luck style block party to officially celebrate the kit with neighbours. During the block party, the organizers showed neighbours how to set up the activities and how to use the equipment in a variety of ways. Neighbours enjoyed the opportunity to gather, eat yummy food, meet some new neighbours and have some fun playing with the Meet our Street Activity Kit that will be well used during future social gatherings.