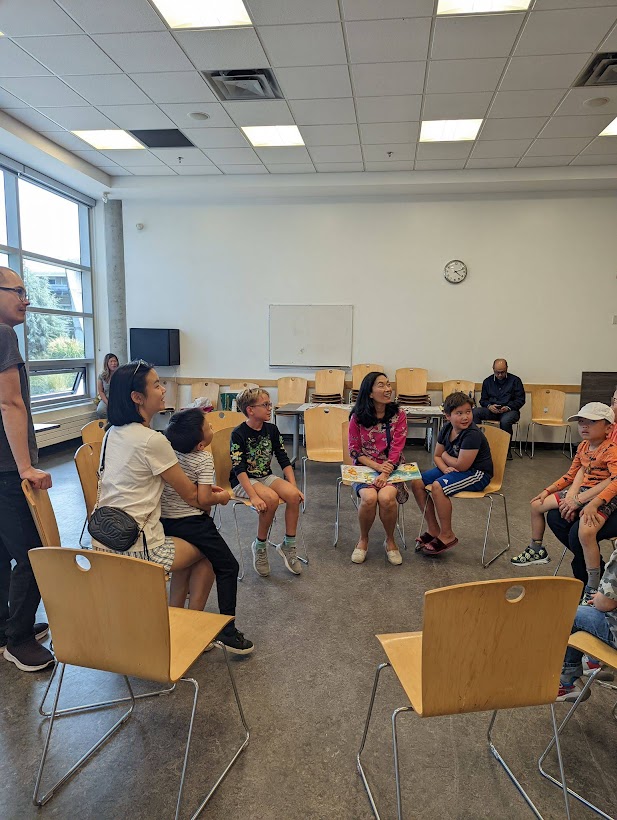 When I chose the location for the event, my first choice was Trout Lake Community center. I went there regularly and knew there were many people who used the community center.  It would be a location people had knew and I could post an ad on the bulletin board there. However, it was a huge hustle to book a room there because the person who was in charge of rental only worked once a week there.  He only checked his email on his working day .It took many back and forth and many weeks to finalize the room.  I was very surprised that people working there told me that I couldn't put the ad there because of the conflict of interest.  I tried to explain to them that this event was sponsored by a Vancouver community grant and it was totally non-profit, but they said it was the rules. I tried to contact the person who was in charge of the rental and talked to him by phone or in person, unfortunately, they were not sure about his schedule.  I have never talked to him in the end, and not posting the ad there did affect the outcome of people who attended the events.
In spite of that, we did have a fun event.  I was showing people how to use a brush to do Chinese calligraphy and kids were so enthusiastic about it and almost everyone tried to write a few Chinese characters.  Some kids told me that they tried Chinese calligraphy before, but most of the kids were not.  Their parents took some picture of kids writing calligraphy. Kids looked so proud that they could write some Chinese characters. Even some adults tried, too.  One of the young men asked me why Chinese characters were so similar to Japanese Kanji, so I explained to him that Japanese came to China to learn and words evolved.
I also read moon festival stories and kids loved them and asked me a lot of questions about the stories.  In the video I included here, the stories were told in Mandarin, because when we were videoing, kids understood Mandarin. We did the English version, too. There was a Caucasian family that both parents used to work in Hong Kong and the kid can speak some Mandarin. They were so excited to learn more about the moon festival. We also let people try moon cake, too.  We had to be very careful about letting people know if they were allergic to any nuts, they shouldn't eat the moon cake cause almost all the moon cakes had some sort of nuts in them. I really appreciated my 4 volunteers who came to help and made the event run smoothly. Thank you so much:)
If anyone would like to see more pictures, I can email to them.
{Post Image:11}