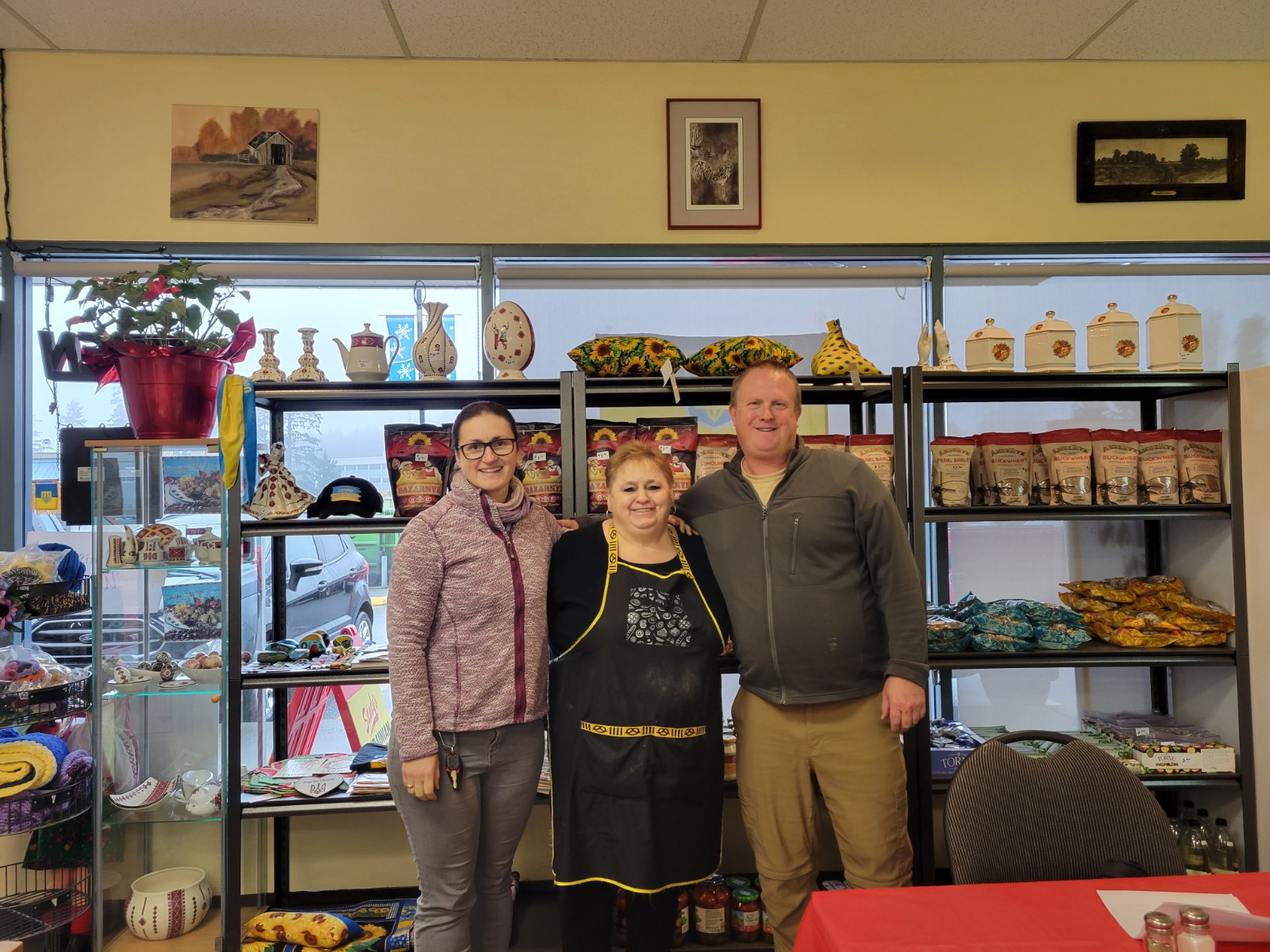 This project was designed to bring together families in our neighbourhood. We wanted to move beyond friendly brief interactions on the street and prompt a change where households became more than just neighbours. To kick this off we envisioned a neighbourhood gathering where we could share food and stories. The Neighbourhood small grants allowed us to purchase food from a locally owned restaurant established in our community. We chose Sandy’s Ukrainian kitchen to provide traditional dishes representing the Ukrainian people for a feast. This process was shaped by the current situation in Ukraine and the desire to support local businesses. A complimentary selection of pierogis, sausage, fried onions and sour cream was chosen.

We chose to hold the event in the fall when the rush of summer was over. A flyer was created and distributed on our street and as families signed up we slowly expanded the invite until we hit our capacity. In all 8 households participated. The event was held at a residence on the street to maximize funds available for the feast. Guests were asked to bring their own cutlery and plates to minimize disposal items making the event more environmentally friendly.

All were very appreciative of the event and almost every household that was invited attended. Several attendees brought up their connection to Ukraine. A number of discussions were had about what professions or skills exist in the neighbourhood and how we can help each other. Some plans were discussed about the next event and which household would take the lead. A Christmas potluck is in our future.