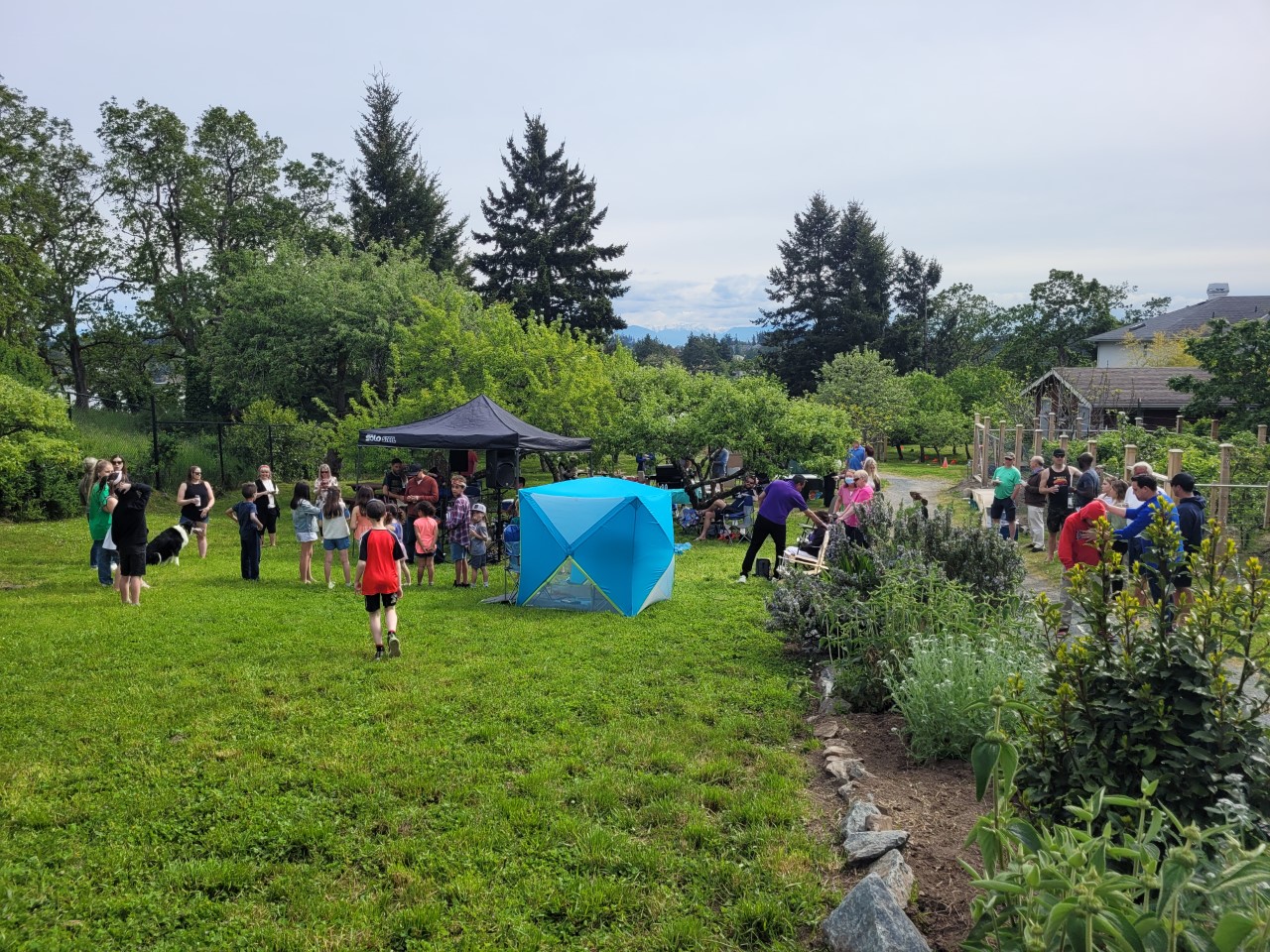 We had our block party [on May 22, 2022] and it was such a blast. We had a bbq and potluck in our community orchard – the Welland Orchard in View Royal. The grant covered an honorarium for an awesome two-person band (the Borrowers, sometimes known as Odd Luv), hot dogs, hamburgers, veggie burgers, buns and fixings for all the guests, as well as the insurance needed for the permit to use the space. Someone brought masks and hand sanitizer so we didn't need to use the grant for that in the end. Then everyone contributed snacks, salads, desserts and juice. Someone even brought a popcorn maker that was a lot of fun, and someone else organized a treasure hunt for all the kids. [The kids] played soccer, tag, and just ran around the orchard exploring nature. We had 70+ people rsvp and some additional people join who happened to just be walking through the orchard.

We are all so grateful for the grant that made this possible and served as a catalyst for us to organize something in our neighbourhood after 2+ years. We had a chance to meet many new people who moved into the neighbourhood recently and everyone was asking when the next one would be!

The only thing I would do differently next time is ensure the clean-up was better organized. We had such a great time we carried on until it was dark which made clean-up a bit tricky… Next time I would have the kids do a quick scan of the orchard before it gets dark and pack up more then.
{Post Image:11}