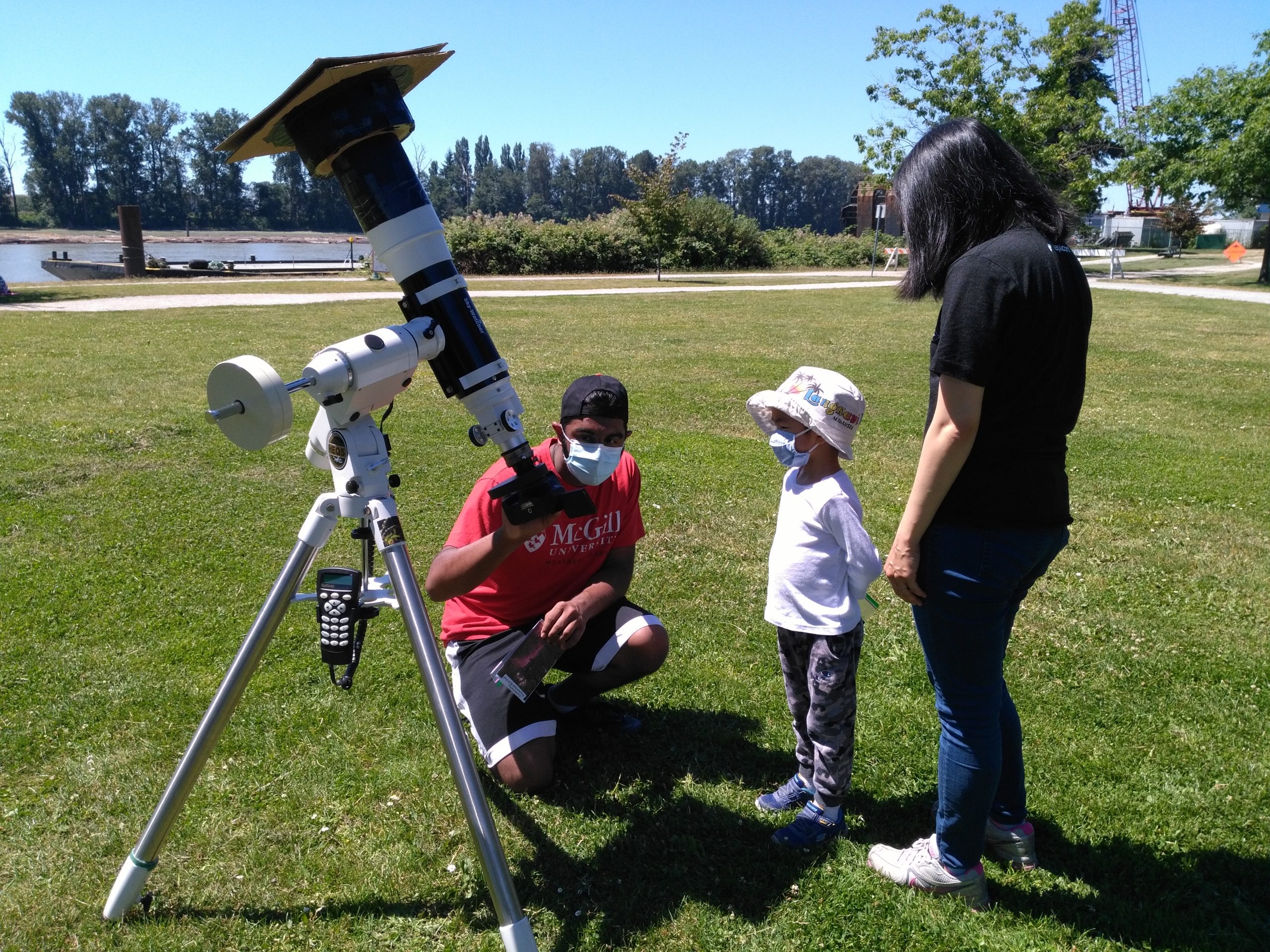 Through the Eye of a Telescope

The project was an overall success. There were ~45 people signed up for the week-long event, all planned events were followed through, and I received good feedback.

The first event was on zoom where I spoke about the basics of astronomy. The turnout was just under 10 people and I could tell each age group present was interested in the information, pictures, and games I had. The second event was also on zoom and was about advanced astronomy/astrophotography. Again about 10 people came and I really enjoyed getting into the fine details of what this hobby has to offer. The final event was when I brought my telescopes out to the park and gave people a chance to look at the sun, with a solar filter of course. About 30 people came out where they were given the chance to ask questions, view 2 sunspots, and received a goodie bag with a magnet and some of my pictures.

The surprise I encountered was that even though over 40 people signed up, only a handful came to the zoom events. This is understandable since more people were more interested in actually seeing my telescope up close than sitting through an hour-long presentation.

The best thing I learnt was, especially when trying to present to children, that my presentation must be dynamic, meaning it has to have bits of solid information (definitions), light creativity (pictures), and interaction (games). This will allow the presentation to flow and keep all audiences hooked. Then before you know it an hour has passed. This is also where the most memorable moment was. After finishing the game (Name That Nebula!) during the Basic Astronomy event, one of the kids was really into it. They were trying to think of fun names for the Nebulas and writing in the chat how much fun the game was. This just goes to show how when one’s passion is shared with others, a beautiful chain reaction of joy and creativity ignites
{Post Image:11}