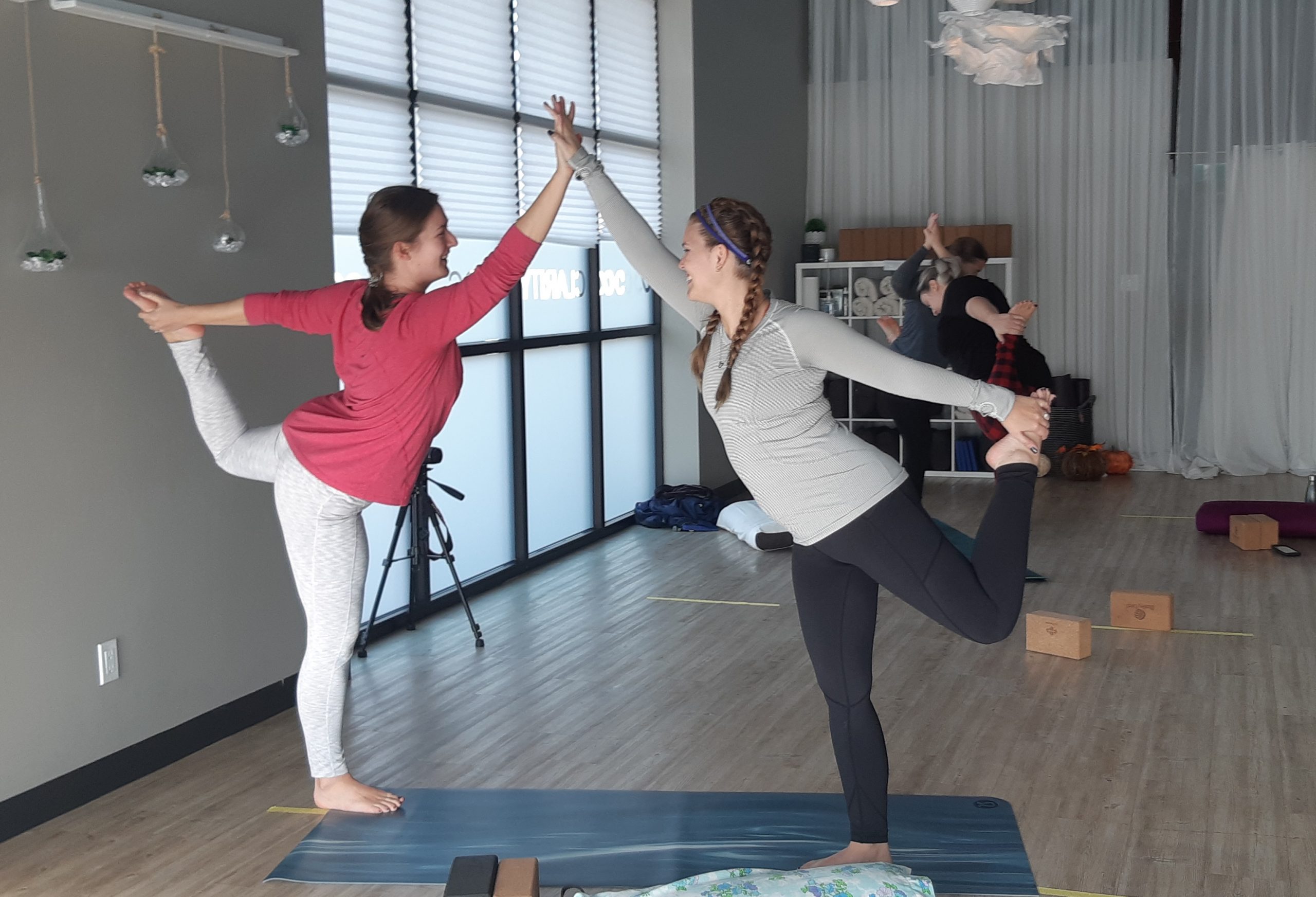 As a registered yoga instructor, I have seen how doing yoga can help in stressful situations and this COVID pandemic situation is definitely stressful! I wanted to share my yogi techniques with others so I applied to make some yoga videos. The focus of the videos was on calming the nervous system as well as stretching and gentle strengthening of the body. Sometimes when we are anxious, we curl up into ourselves and these videos were designed to help counteract that. I also worked in a tough pose, Crow, throughout the video series, just to challenge ourselves.

The video series was originally going to be longer and end with a live outdoor class but because of a clerical error with the funding, I ended up doing a four-class video series and a live indoor class. The videos were posted on my Youtube channel and advertised on my personal Facebook page. They have watched an average of 5 times each with video 1 being watched 17 times and video 2 only 3 times. They were watched by people right in my home community as well as far away as Houston, TX. Part of the grant was for a tripod and that made a huge difference in quality since I was able to use my Canon DSLR camera to film instead of my phone piled on a bunch of books. This is what my friend in Houston had to say about the video series.

I really enjoyed them! I don’t have any foam blocks and I never really made it to crow, but they were great nonetheless. Sometimes I felt a bit behind, so perhaps more verbal cues preceding a movement would be helpful (but I don’t know how much of that can just be attributed to the fact that I’m only a very casual/occasional yoga practicer). Overall, these videos were enjoyable and I felt great after! – Janice, Houston TX

The live class was a blast! Because I had two groups of sisters, we were able to do some partner poses. It was a dynamic class set in a beautiful space. I am grateful for the opportunity to lead the live class as well as make the video series. The crow challenge was accepted and most participants getting into the pose with everyone at least attempting it! This is what one of the live class participants had to say about the class.

Danielle teaches a wonderful yoga class! The environment was set up so everyone was comfortable no matter how much or little yoga you’ve ever done. As well, the flow of class was so fun and breaks up the monotony of a traditional series class most are used to. Exploring inversions and fun partner balancing poses made this class something I’m eager to try again! – Kennedie, Kamloops, BC {Post Image:11}