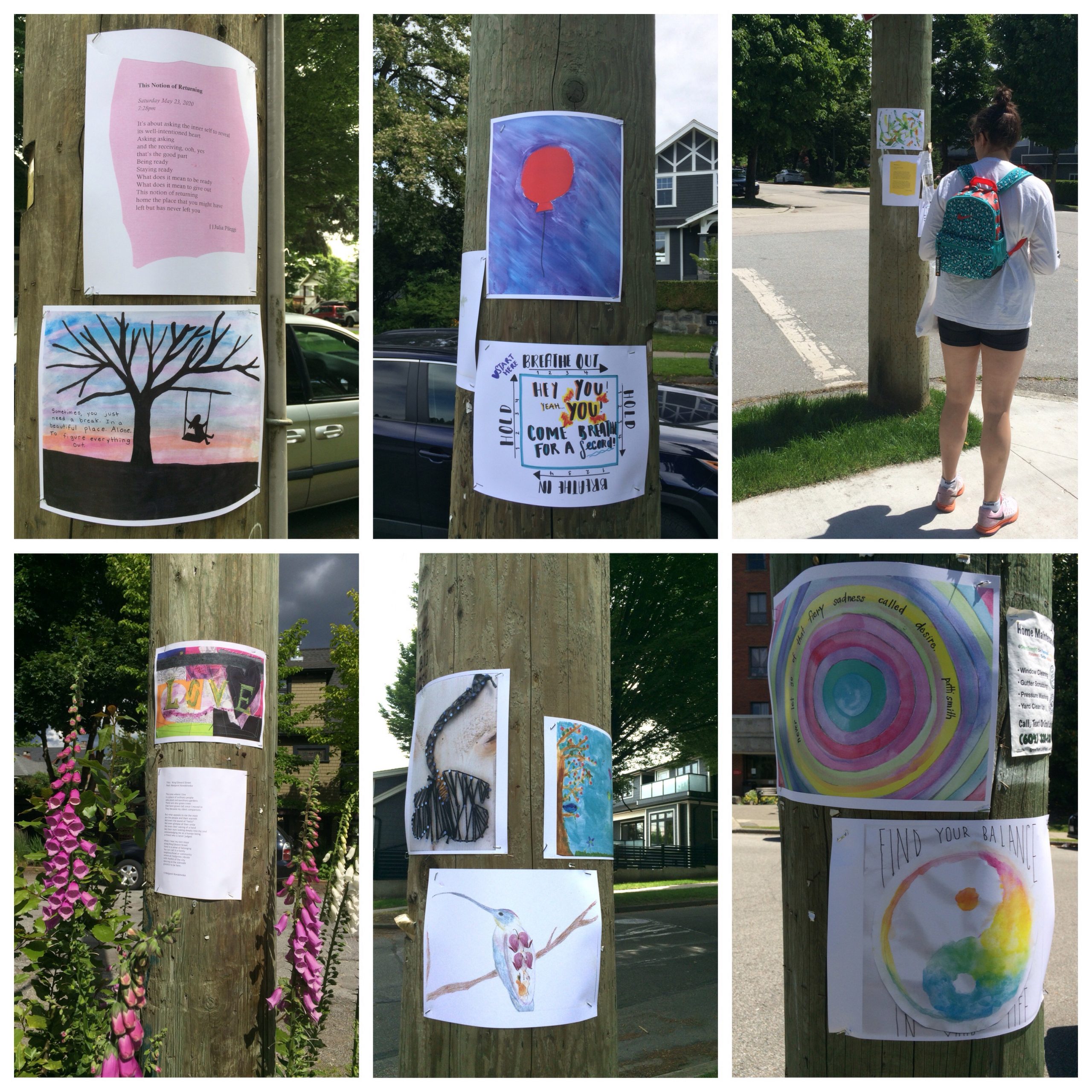 Poets and artists, young and old, contributed work that was posted on telephones along the Prince Edward bike route between 15th and 25th. The project was announced on signs posted on the poles. Forty folks brought images and poems to a park at a specified time and date. The work was scanned, printed on cardstock and stapled to the poles creating an outdoor art gallery. The work was up for over 6 months, somehow withstanding the rain. New pieces were added independently through the fall; an episode of CTV’s Word on the Street featured the project. Response was very positive – people were quite amused and engaged as they walked the length of the street. Many people have said how grateful they were for the opportunity to share their work, and to see the work of their neighbours.
{Post Image:11}