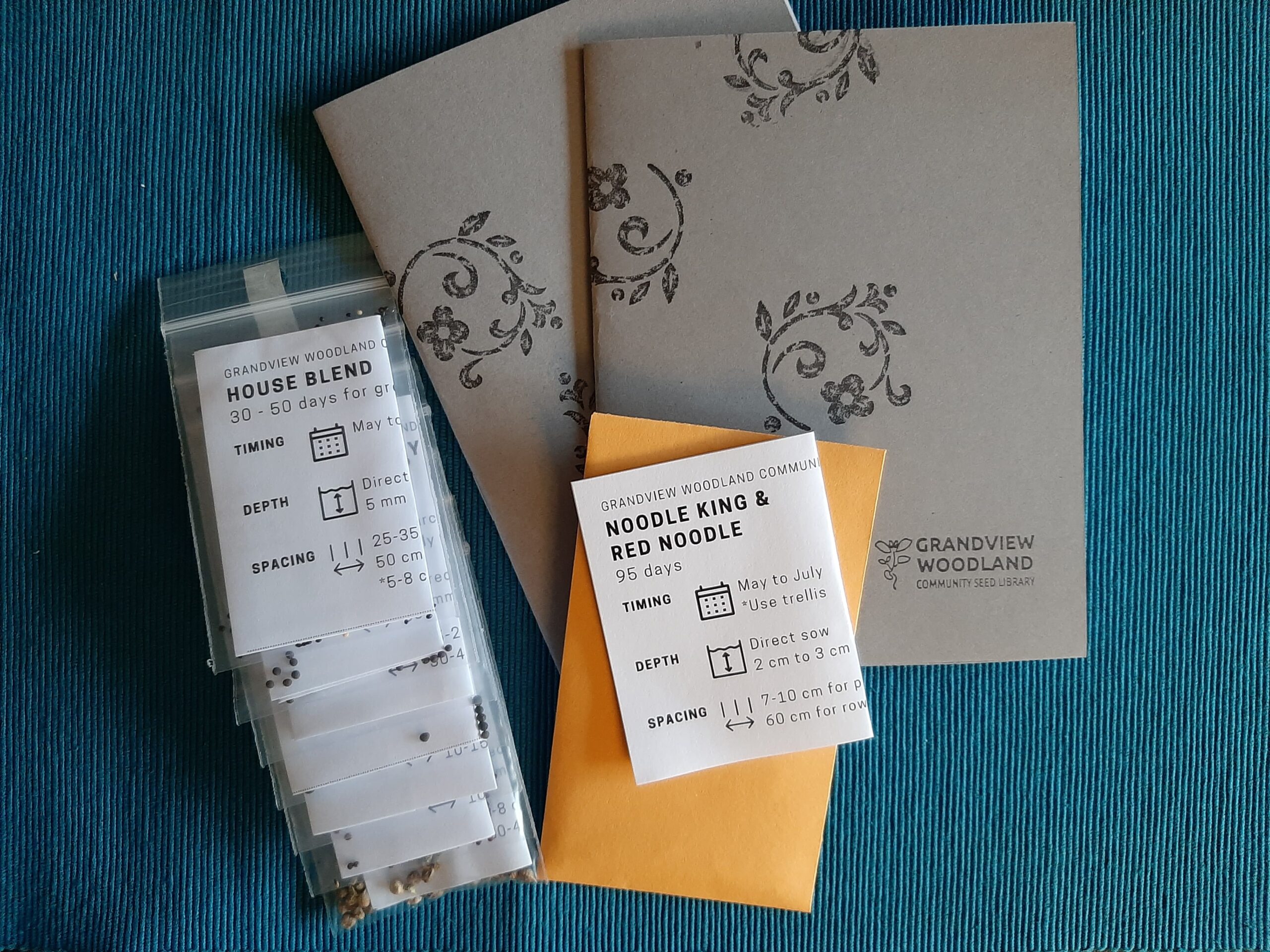 Our previous Garden Seed Box project garnered a lot of interest and there was definite appetite for gardening and seed saving; but by late spring 2021, some major things had happened recently and a spike in COVID cases had led to things more or less shutting down again.

We expanded the earlier project idea and pivoted to culturally relevant Asian vegetables, with a focus on Chinese and Japanese vegetables. Each kit (of 100) contained 8 packets of seeds, info about the project, and a handmade booklet with growing and seed saving instructions (and some general dish preparation ideas). Kits were packed by 2-3 people.

We faced constraints because kits were being mailed out; and while there weren’t necessarily shipping delays locally, garden seeds were increasingly hard to come by. There was also some nervousness about how the project would be received… Would there be sufficient interest? How would people respond to our booklet and specifically, attempts to highlight intersections between food, history, and racism? Was there enough familiarity with the kit’s contents?

While a lot of interest came from East Van and surrounding communities, we also saw interest from outside Vancouver — as far as Galiano! It was great to see that we were able to “hit our mark” (and further), but also to hear that community members were able to connect to the project itself, whether it was being able to grow a vegetable that they ate through childhood, to try something new, or to reconnect with their cultural roots through food.
{Post Image:11}