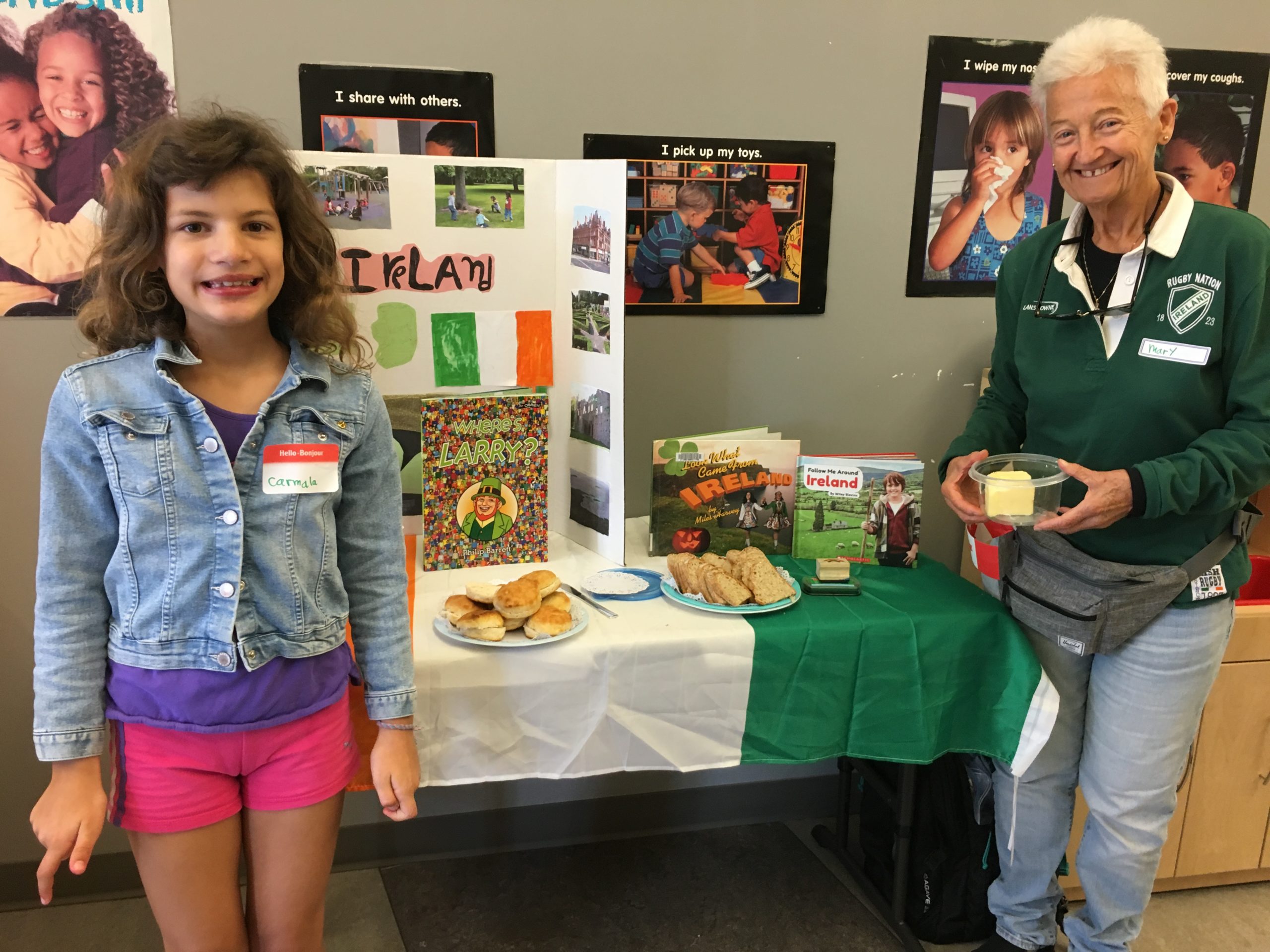 Kids’ Trip Around the World

This event was my 8-year-old daughter’s idea. We are lucky to live in the South Hill Neighbourhood – such a friendly and culturally diverse area. We asked our neighbours if they would be willing to teach us something about their country/culture of origin, show us a game or activity, and share a snack that kids enjoy.
‘Kids’ Trip Around the World’ was open to the public, and each child who attended received a pretend passport. As they moved from table to table (country to country), they were able to stamp their passport. The countries/cultures represented were Canada, India, Scotland, Ireland, Australia and Jewish New Year. We did arts and crafts, sewed a Scotty dog, played Irish ring toss and tried lots of yummy food!